Timeline This song has been officially released in 1980

Ten Years After On Strawberry Jam

Other singles from "McCartney II"

Paul McCartney Talks One on One Tour, Pre-Stage Rituals, Rap as Poetry

“Temporary Secretary” is a song by Paul McCartney, featured on his 1980 album McCartney II. In 2013, Rolling Stone Magazine ranked it the #36 all-time McCartney post-Beatles song, calling it a “cult favorite” and an “oddly catchy electro-pop nugget, about a slightly creepy-sounding guy looking to hire a temp.” In 2014, “Temporary Secretary” was ranked the 167th greatest song of all time by critics of NME magazine. They described it as “wonky electro-pop that didn’t sound so much ahead of its time as out of it altogether.“

“It’s like a disposable secretary, and it struck me as being funny. The song is written from the point of view of a fellow who just wants a disposable secretary, and he’s writing to a bureau to try and get one. I just like the idea. I just thought it was funny, you know, asking for a temporary secretary rather than a secretary. … That sound on the track, which is like a space typewriter, is a sequence machine. I used that to give me a tempo and, again, I just made the song up as I went along. It was a little influenced by Ian Dury.” – Paul McCartney

McCartney later claimed that he did, at some points, have temporary secretaries. He also noted that there was, in fact, a Mr. Marks.

“I did have temporary secretaries. After I left Apple I still had business stuff coming up, so in trying to figure out how I could cope with that there were a couple of times I just grabbed someone to just put my letters in order and help. But that track isn’t about a specific person. What it’s about is, there was a guy called Alfred Marks, he had the Alfred Marks Bureau – he had the same name as a comedian on the radio when I was growing up. So it was just the funny paradox of seeing adverts for the Alfred Marks Bureau, the idea of some comedian having a bureau was just funny. It said ‘Temporary Secretary’, and I thought, that’s a kind of funky thought. Then there was the secretary thing: take a letter Miss Smith, sit on my lap… all that kind of stuff.” – Paul McCartney, The Quietus, 2011

“Temporary Secretary” was released as a third single from the album only in a form of 12″ single, along with the ten-minute “Secret Friend” as its b-side, limited to 25000 copies and therefore failed to chart. A 7″ single exists only as a demo for radio stations. It exemplifies both the whimsical nature of the album and McCartney’s use of synthesizers and other electronics in the creation of the album. McCartney claims that he viewed the song as an “experiment.” It was never performed live until more than thirty years later at the O2 Arena in London on May 23, 2015.

“In retrospect, the record is muddled and confused, nowhere more so than on the frazzled sequencing of “Temporary Secretary,” where McCartney spits out ridiculous lyrics with a self-consciously atonal melody over gurgling synths. Things rarely get worse than that….”

In contrast, music website popmatters.com said, in reviewing the 2011 reissue of McCartney II:

“ “Temporary Secretary” is a manic, futuristic laser blast with an actual melody simmering underneath. It would be pointless to compare it to anything McCartney had ever done before, and would be equally so to compare it to anyone else as it couldn’t possibly be anyone else. More than any other song on either eponymous album, “Temporary Secretary” illustrates the complex nature of Paul McCartney’s musical output…”

Beatles biographers Roy Carr and Tony Tyler describe the song as being built from an initial, repetitive synthesizer theme, with more substantial instrumental portions added over time, and finally an insubstantial vocal. They complain that the song was done without commitment and that it “grows irritating towards the end.“

‘Temporary Secretary’ has been met with critical acclaim from DJs on the circuit, who have praised Paul for the track’s futuristic and ahead-of-its-time synthy sound. Our question this month comes from David in the USA who wants to know whether this was intentional…

David asks: “How did you conceive of and create that great, rapid arpeggiated keyboard loop on ‘Temporary Secretary’? Were you intentionally trying to create a certain ‘mood / atmosphere’ for the song?”

We managed to grab Paul in between his hectic touring schedule to ask him. He replied: “Thanks for your question, David. The truth is I was messing around with a device known as a sequencer, which – as its title implies – allows you to create a sequence of notes, which will then repeat. Whilst experimenting I came up with the notes which form the introduction of ‘Temporary Secretary’ and it seemed to me to be a good basis for the song.”

‘Temporary Secretary’ just got picked up a couple of years ago by a DJ in Brighton, so that became like a club sensation, going mad in all the clubs, so I love that and that’s the sequencer aspect.

"Temporary Secretary" is one of the 154 songs covered.

Mister Marks can you find for me
Someone strong and sweet fitting on my knee
She can keep her job if she gets it wrong
Ah, but Mister Marks I won't need her long
All I need is help for a little while
We can take dictation and learn to smile
And a temporary secretary is what I need for to do the job

SPOKEN:
Well, I know how hard it is for young girls these days
in the face of everything to stay on the right track

Something For The Weekend – Paul McCartney’s Glastonbury Groove

Concert From the concert in Helsinki, Finland on Dec 12, 2011 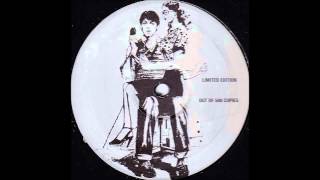 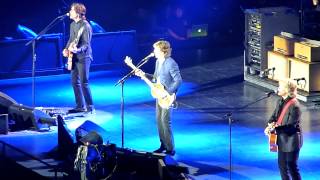 “Temporary Secretary” has been played in 70 concerts and 3 soundchecks.

Latest concerts where Temporary Secretary has been played

See all concerts where “Temporary Secretary” has been played