Sir Paul did it all.

He played guitar, bass, keyboards and piano. He commanded the stage with his band and on his own.

He did his first-ever recording from his first band and his most recent, which was made with pop and hip-hop stars.

Sunday at CenturyLink Center, Paul McCartney did old, new and everything in between, and his fans loved him for it.

They walked into the arena sporting Beatles T-shirts, Union Jack flags and brightly colored Sgt. Pepper-style military uniforms. They talked about favorite songs and favorite Beatles. They snapped selfies with old Beatles photos flashing on the screens behind them.

Anticipation built as people found their seats and waited in beer lines.

More than 15,000 people showed up to the sold-out CenturyLink Center to see the former Beatle work through 39 songs for more than three hours like the master that he is.

“Good evening, Omaha. It’s great to be back here. I’m getting the feeling we’re gonna have some fun in this place tonight,” he said after stepping onstage with his signature Hofner violin-style bass. “We’re gonna play some old songs, some new songs and some in between ones. So let’s get started.”

And that’s exactly what he did.

[…] The only thing that has suffered is McCartney’s voice. At 75, his voice isn’t quite what it used to be. Though he’s sometimes criticized for playing old songs without changing the key to fit his current voice, I found that his voice simply isn’t as full as it once was and he sometimes couldn’t carry the song.

That said, he gave it his all during every song, especially during the boisterous parts of “Hey Jude” and “Live and Let Die.”

McCartney’s best vocal performances came when he performed solo with only an acoustic guitar, especially on “Blackbird” and “Here Today,” a two-song stand in which he let his voice and guitar skills shine. […] 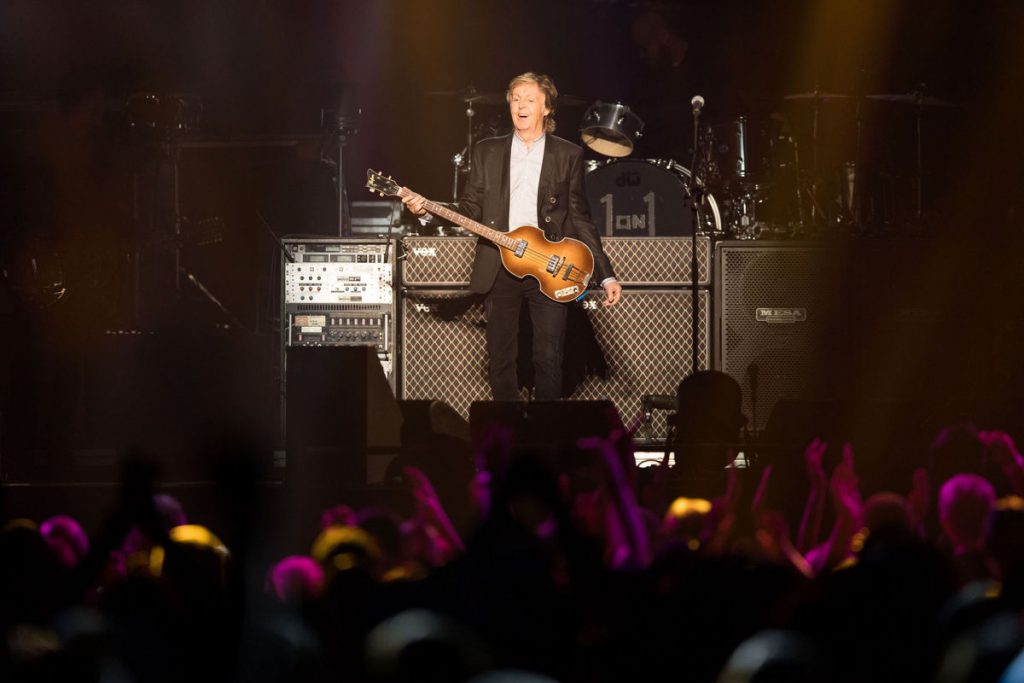 This was the 1st and only concert played at Century Link Center.