A sight nothing can prepare you for: Paul McCartney onstage, just the man and his guitar, doing “Blackbird” or “I’ve Got a Feeling” or “Here Today.” Merely the greatest of rock & roll performers, in the middle of his usual marathon show. Last night he was in Newark, New Jersey, to kick off the first night of his eight-show New York City-area stand, and – as always – he held nothing back. He played nearly three hours, from the opening guitar crash of “A Hard Day’s Night” to the piano ripples of “The End.” There’s something downright savage about how he works so much harder than he needs to, giving away so much more of himself than it would take to send everyone home happy. But that’s why seeing McCartney is an exaltation unlike anything else in live music.

[…] He began “I Wanna Be Your Man” with an anecdote about running into Mick Jagger and Keith Richards on Charing Cross Road, where he and John gave them this tune as the Stones’ first hit. As Paul said, “The story went that we were rivals and we really hated each other – but that was just fake news.”

Since he was in Newark on the 16th anniversary of 9/11, he dedicated the show to the victims. “We are against the oppression and prejudice and violence,” he announced. “We are for love and friendship and freedom.” At the end, he appeared onstage with a “9/11 Never Forgotten” banner, along with the Stars and Stripes, the Union Jack and a rainbow flag. […]

To be noticed that the setlist brings no changes except “The Fool On The Hill” has been dropped and has not been replaced by another song. 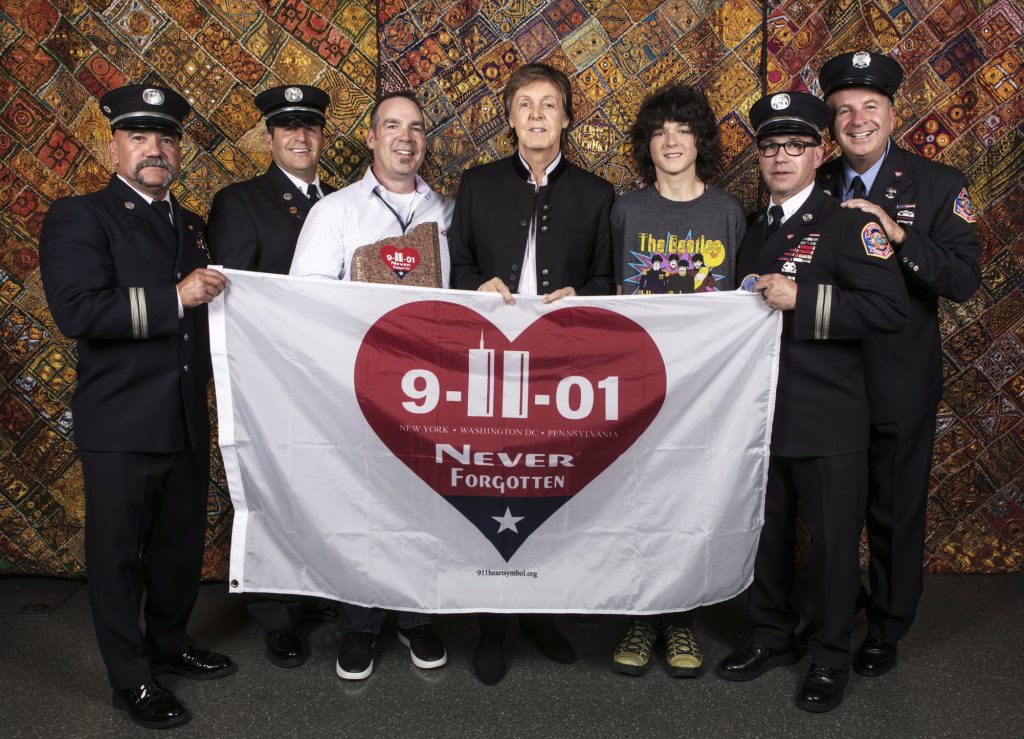 From Twitter – On the anniversary of 9/11, honored to meet 9/11 heart symbol designer Louis Ponstingel, son Tristen and 4 of NJ’s finest First Responders. 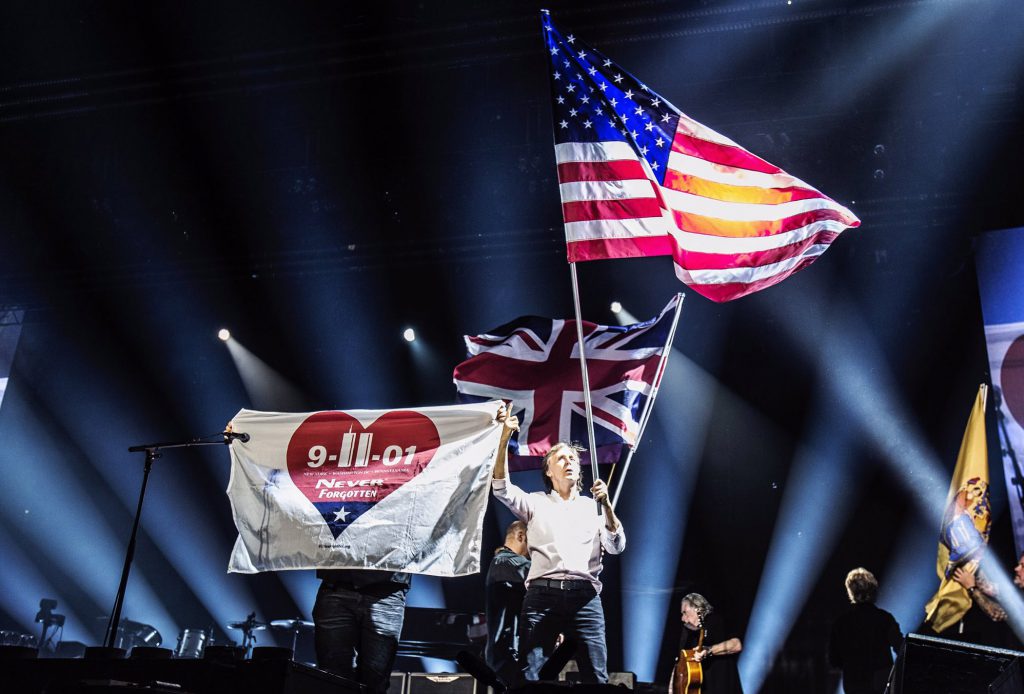 This was the 1st concert played at Prudential Center.