[…] Performing his first full concert at the famed New York City arena since 2005, McCartney, 75, captivated the sold-out audience with a blend of Fab Four classics, his biggest Wings hits and even a few contemporary numbers.

And if that wasn’t enough, McCartney closed out the three-hour, 40-song performance by bringing Bruce Springsteen onstage during his encore in what was one of the major highlights of the night.

Clearly, it was worth the 12-year wait.

[…] “Good evening, New York City,” McCartney proclaimed to the cheering crowd two songs in. “It’s so good to be back!”

McCartney kept had the audience engaged throughout. They sang along during the ultra-catchy “Ob-La-Di, Ob-La-Da” and “Back in the USSR.” They watched in awe as pyrotechnics synced up to “Live and Let Die” and filled the stage. They held their cellphone flashlights up high during “Let It Be.”

It all reinforced what’s been well known for decades: McCartney sure knows how to put on a show.

Much of the night felt more like a conversation between McCartney and the audience than it did a traditional concert. After every few songs, he’d share an anecdote from his rock ‘n’ roll past, or read a sign in the crowd aloud. In one particularly charming moment, he pointed out a fan whose sign said he’d been to 112 McCartney concerts.

There were somber moments, too. McCartney paid tribute to his late bandmate, John Lennon, by playing “Here Today,” the emotional song he wrote after his co-founding bandmate’s 1980 death. He then honored George Harrison by playing the former Beatles’ seminal hit “Something” on the ukulele, before grabbing a guitar and turning it into a full-band performance.

And McCartney sounded good. He delighted the crowd with his solo performances – just him and his guitar – of “Blackbird” and “Here Today,” and showed he can still hit the high notes during “Something.”

[…] McCartney’s energy was exceptional throughout the night, and he continually switched guitars and popped back and forth between two pianos depending on which song he was playing.

And when Springsteen emerged during McCartney’s encore to perform the early Beatles hit “I Saw Her Standing There” twice in a row, the crowd absolutely erupted. The audience audibly groaned when McCartney said it was time to go home. […] 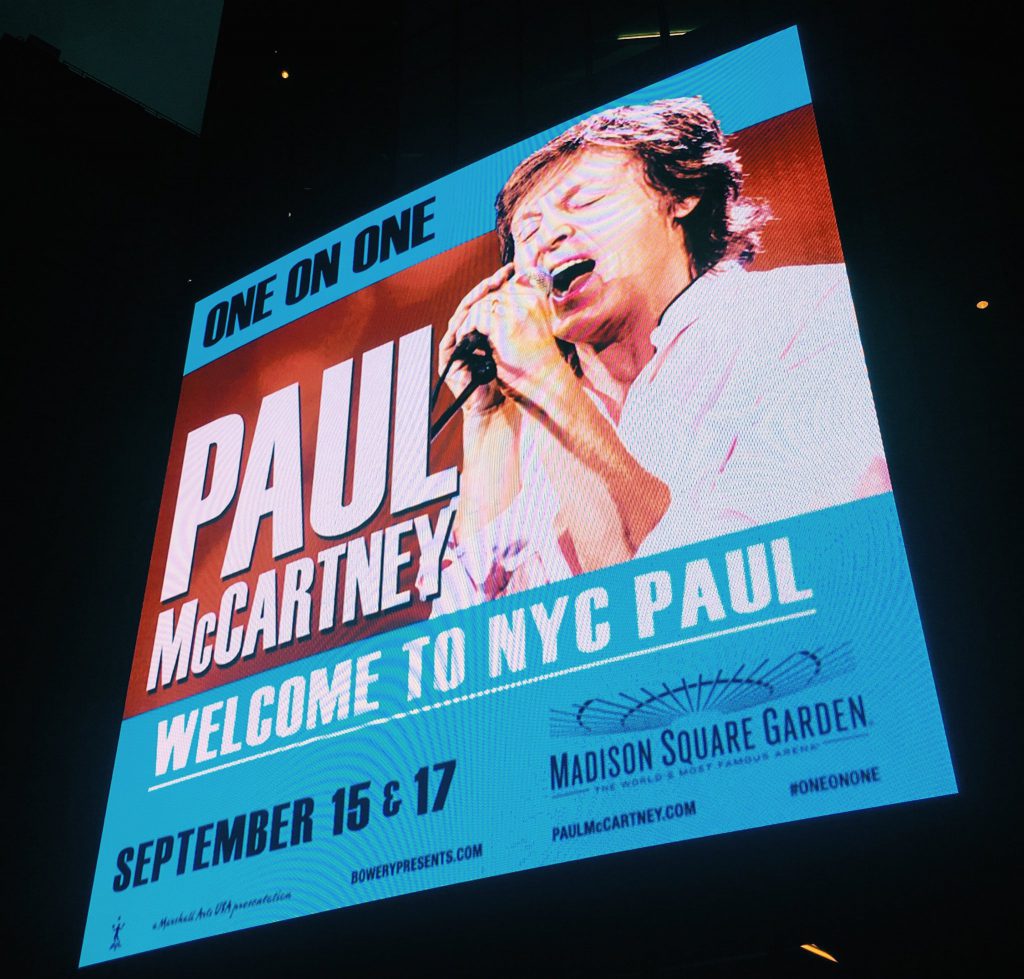 The rendition of the Please Please Me hit featured McCartney and Springsteen trading vocals as well as an extended guitar solo courtesy of Van Zandt.

Following the performance, McCartney walked up to the microphone and announced, “I reckon we gotta play it one more time,” before counting off and launching into “I Saw Her Standing There” in full again.

“The last time we played together was in London’s Hyde Park and they pulled the plug,” McCartney told the MSG crowd Friday. In July 2012, McCartney joined Springsteen onstage during the E Street Band’s headlining slot at the Hard Rock Calling Festival, where the rock legends played “Twist and Shout” and “I Saw Her Standing There,” only to have the stage’s power cut off by organizers due to Hyde Park’s strict noise curfew.

At the time, Springsteen said he had been waiting 50 years to sing Beatles classics alongside McCartney; earlier that year, Springsteen played guitar in the all-star backing band assisting McCartney’s Abbey Road medley at the 2012 Grammys. […] 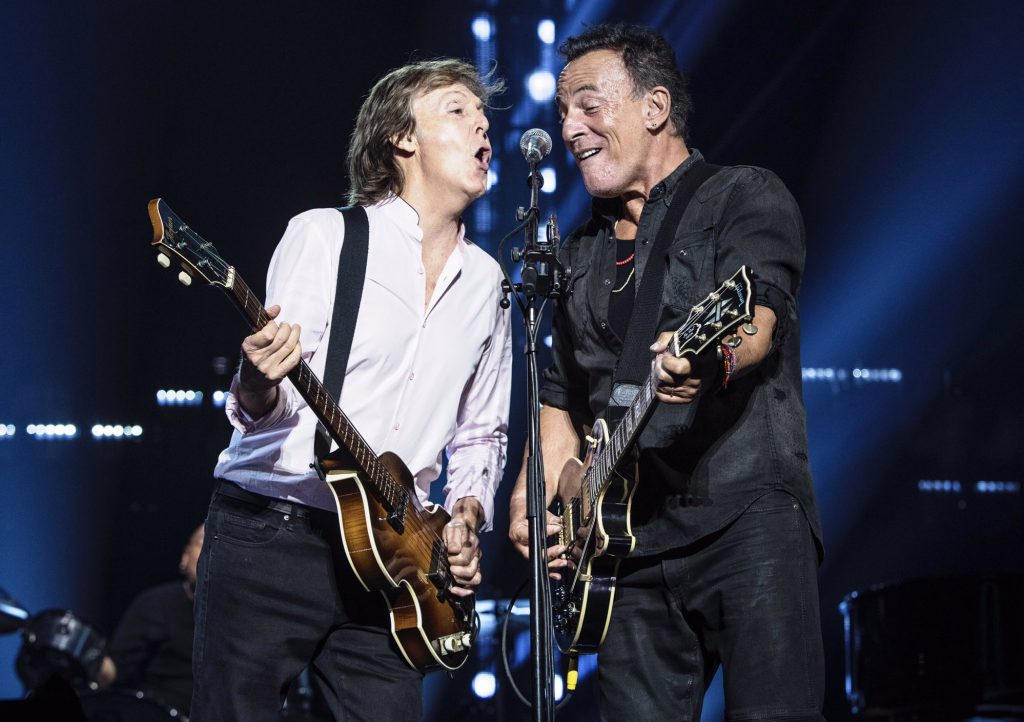 From Twitter – Rockin’ out with The Boss–Sounded so good we had to do it twice! #OneOnOne

This was the 17th concert played at Madison Square Garden.