Timeline This song has been officially released in 1977

It's Time For My Massage / Massage Jam

Other Buddy Holly songs interpreted by The Beatles

Raining In My Heart

“It’s So Easy!” is a 1958 rock and roll song written by Buddy Holly and Norman Petty. The song was released as a single by The Crickets, with “Lonesome Tears” as b-side ; the single did not chart.

The Beatles performed the song at the 1969 Let It Be sessions.

Paul McCartney then recorded two versions of the song for a 75th anniversary tribute to Buddy Holly in 2011. As stated in RollingStone:

Buddy Holly was one of the Beatles’ biggest influences, a pioneer whose simple tunes and insane two-year hot streak inspired John Lennon and Paul McCartney to start writing their own songs. So it’s no shock McCartney contributed to Rave On, a giant sundae of a Holly tribute album (featuring the Black Keys, Kid Rock and others) due out June 28th. What’s surprising is how awesomely batshit his performance is. Over bar-band chug-a-lug, with scruffy guitars egging him on, he yowls through “It’s So Easy” like he popped some Viagra, then set his pants on fire. Things get truly odd around the three-minute mark: The music stops while he launches into a bizarro jive-rap about how he’s gonna hit the town with his lady. The chorus kicks back in, then McCartney delivers an even odder rap: “By ’bout half past nine, we’re gonna be down by the old juke joint, man, we’re gonna be playin’ them records, we’re gonna be dancin’, man, we’re gonna have such fun.” True, that.

Paul McCartney controls the publishing rights to the song through MPL Communications.

It's So Easy / Listen To Me

Studio version • Medley with "Listen To Me"

See all bootlegs containing “It's So Easy” 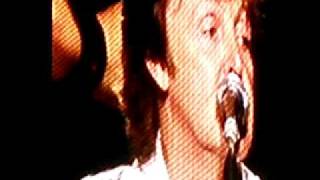 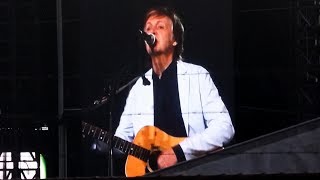 “It's So Easy” has been played in 5 concerts and 58 soundchecks.

Latest concerts where It's So Easy has been played