The lights dim and the house speakers blare out fanfare. Colors swirl on the LED pillars on both sides of the stage, raising the drama until a final image is revealed: a Hofner violin bass bathed in vibrant, white light. Many fans liken seeing Sir Paul McCartney to a religious experience and these images leaned into that idea. As one of the two surviving members of The Beatles, he’s certainly earned this type of hype. Once the chiming chord of The Beatles’ “A Hard Days Night” rang through Seattle’s Key Arena, any cynicism was washed away and replaced with unadulterated joy.

McCartney and his band would then run into a career-spanning set, going all the way from his pre-Beatles days in The Quarrymen to his collaboration with Kanye West and Rihanna on “FourFiveSeconds”. While many artists like to distance themselves from their early years, McCartney fully embraces it. He knows how much these songs mean to people and how influential they are. It’s not that he boasts his successes but rather that he gives everything he can to the audience, as well as doing some educating about the history. […]

Paul McCartney’s One on One Tour has been packed with surprises since its Fresno launch on April 13th, with the singer performing tracks like the Beatles’ “A Hard Day’s Night” and “Love Me Do” for the first time as a solo artist. McCartney’s Seattle stop Sunday also featured an unexpected change in the setlist as Nirvana bassist Krist Novoselic came onstage during the encore to perform “Helter Skelter” with his one-time “Cut Me Some Slack” bandmate.

McCartney and Novoselic previously performed together – along with Dave Grohl and Pat Smear in an outfit playfully dubbed “Sirvana“– at the 12.12.12 benefit, a December 2012 episode of Saturday Night Live and a July 2013 McCartney concert at Seattle’s Safeco Park. In a recent Rolling Stone interview, Novoselic discussed the prospect of further collaborating with McCartney as well as his former Nirvana bandmates.

“These things come up,” Novoselic said. “It’s always fun. We’ll see if there’s anything in the future. I don’t know. I haven’t heard of anything.” […] 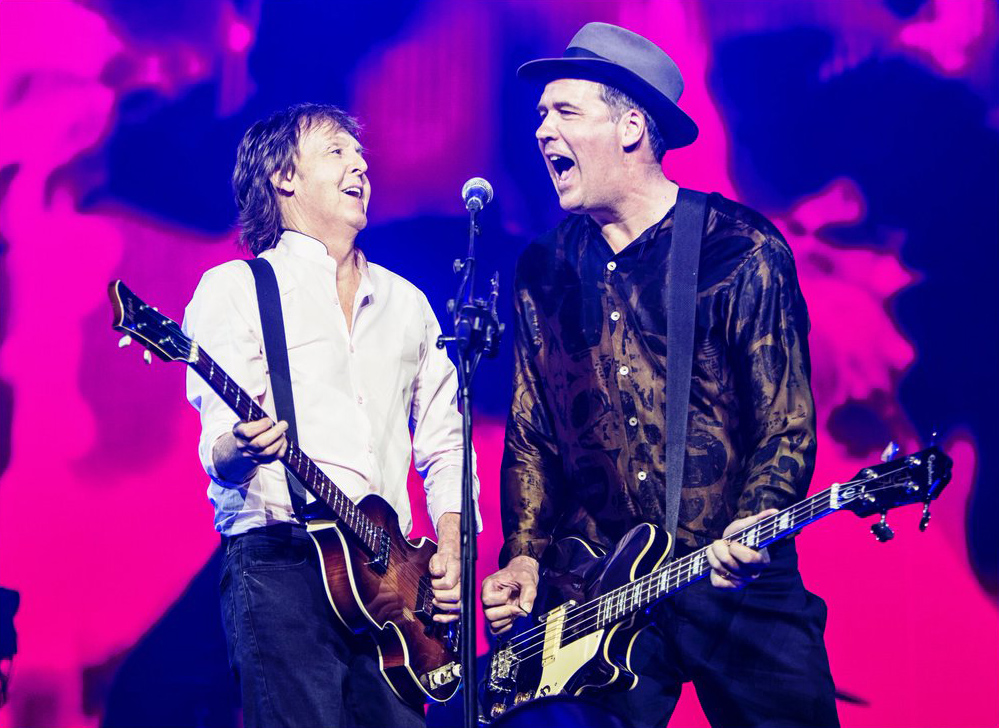 From Twitter: Helter Skelter with Krist Novoselic in Seattle #OneOnOne 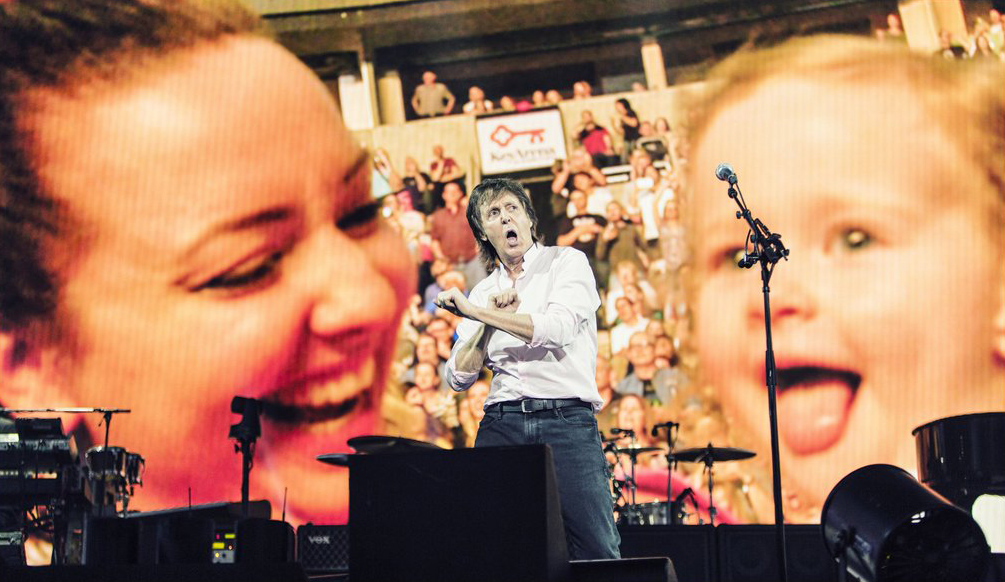 From Twitter: #OneOnOne fun for the whole family in Seattle!

This was the 1st and only concert played at Key Arena.