Fans turning up to watch Paul McCartney’s second sold out Vancouver show were treated to something extra special on Wednesday night, and we’re not just talking about the sensational performance from the man himself.

Instead it was a special guest who stole the social media limelight as The Tonight Show host Jimmy Fallon took to the stage to join the legendary Beatles singer.

“We’ve got a young man here who’s a friend of mine,” McCartney told the audience. “I think you just might know him. He’s off The Tonight Show. Jimmy Fallon!”

Fallon took to the stage wearing a New York Yankees baseball cap, before swapping it out for some altogether more appropriate Canucks branded headgear. He also wished Vancouver a happy 4/20.

“When you were playing ‘Yesterday’, the guy in front of me legalized it for at least three minutes, so I want to say congratulations to that guy,” the comedian said. He then joined Sir Paul in a rendition of The Beatles’ classic “I Saw Her Standing There.” […] 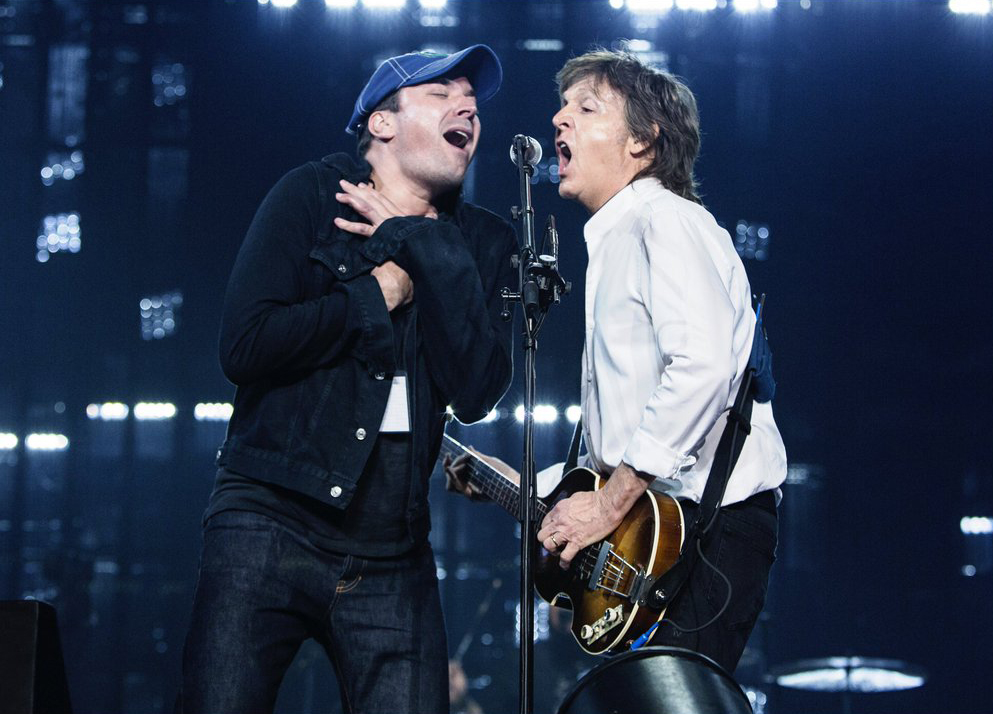 From Twitter: I Saw Jimmy Standing There… In Vancouver! #oneonone 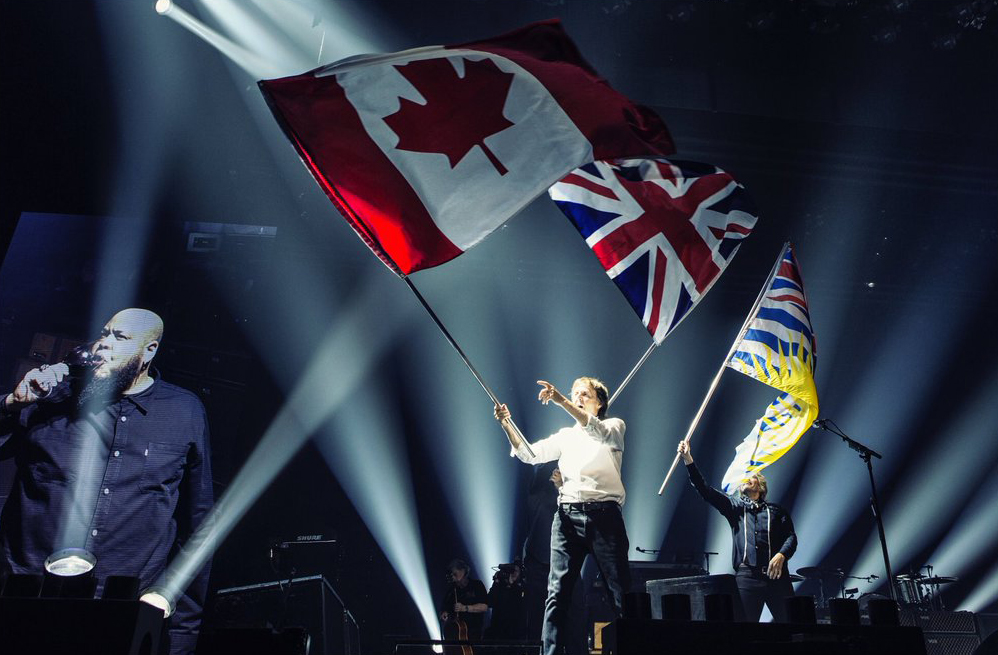 This was the 2nd concert played at Rogers Arena.