Thankfully this time around it took much less than 48 years for Paul McCartney to make a return visit to Vancouver.

Less than four years after Macca’s mega concert at the tail end of his On The Run tour at BC Place, the legendary Beatle was offering fans not one but two shows at Rogers Arena during his One On One tour.

Let’s call this the “intimate” Macca experience, if you will.

Playing in front of 16,000 fans of all ages is much different than rocking 50,000, and the vibe at Rogers Arena was much more up close and personal than in 2012.

That’s not to say it wasn’t just as epic as the last time around.

Playing for close to three hours and performing a set comprising three dozens of classic cuts culled from his days with the Fab Four, Wings and from his solo catalogue, McCartney, 73, was relentless.

Armed with his Hofner bass, Sir Paul came on the stage to the final string swells of A Day In The Life, launching into A Hard Day’s Night with the help of his longtime band consisting of guitarists Rusty Anderson and Brian Ray, Paul “Wix” Wickens on keys and monster drummer Abe Laboriel, Jr.

“I’m getting the feeling we’re going to have a good time here tonight,” McCartney said after Save Us, from his 2013 album New.

There were very few breaks and pauses, save for Sir Paul to “take a minute and drink it all in,” as he did after Can’t Buy Me Love.

Garbed in signature blue jacket, white shirt and black pants, he seemed to pose for the crowd, as he often does, to let fans drink it all in as well and, perhaps, snap a few shots of their hero.

The ultra crisp LED screens made sure no one missed any of the action, and they were often used to revisit old memories, including rarely seen footage of the Fab Four goofing off.

McCartney didn’t waste any time turning into his cheeky self. Who would’ve thought he would pull out a Kraftwerk-esque Temporary Secretary, complete with electro images of typewriters and fax machines, just because he heard a DJ in the UK had been playing the song a lot.

It was a weird way to warm up the crowd before the real blockbuster stuff, but it worked. […]

My Valentine brought out local favourite Diana Krall on the piano, much to the delight of the crowd. Krall played on the studio version of the song, found on McCartney’s Kisses On The Bottom. […]

The Delta Police Pipe Band made an appearance during a performance of Mull of Kintyre, like they did at BC Place in 2012. […] 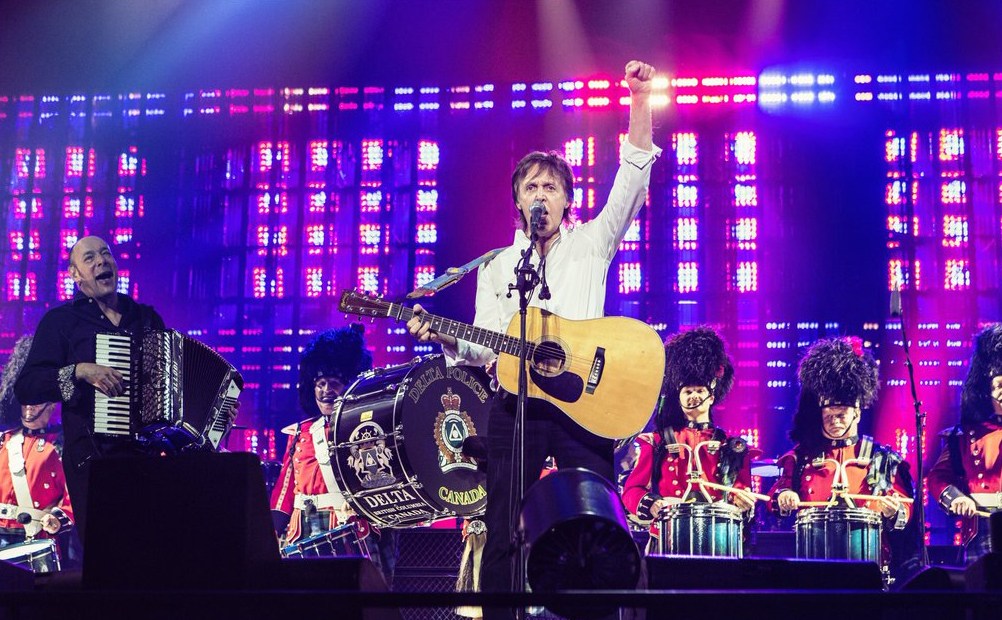 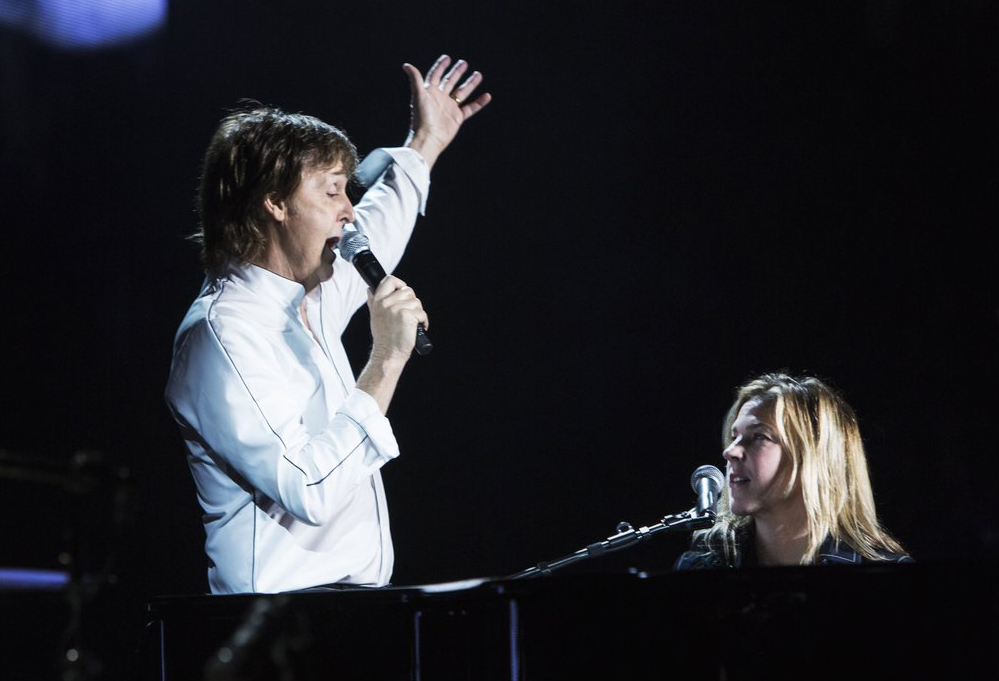 From Twitter – Thank you Diana Krall! Thank you Vancouver! #oneonone

This was the 1st concert played at Rogers Arena.