Recording "The Note You Never Wrote"

Recording "Must Do Something About It"

Recording "Cook Of The House"

Let 'Em Out Vol. 1 - Wings At The Speed Of Sound Sessions And More

Wings At The Speed Of Sound - Ultimate Archive Collection

Wings At The Speed Of Sound Sessions

Let 'Em In / Beware My Love

The Note You Never Wrote

Must Do Something About It

Wings at the Speed of Sound is the fifth album by Wings and was recorded and issued in 1976 in the midst of a large world tour as the follow-up album to the popular Venus and Mars. It is the band’s only album where every member sings lead on at least one song.

After a series of concerts in Australia in November 1975, Wings took a break from the tour to spend the holidays with their families and in January 1976 booked time at Abbey Road Studios in London to record Wings at the Speed of Sound. It was the first time McCartney had recorded an album in England since Red Rose Speedway. Due to the tour commitments, Wings was not afforded the opportunity to record in another different and exciting locale, preferring to work in a familiar environment. By the end of February, the album was complete, and Wings went back on the road.

Around the time of the studio sessions for Wings at the Speed of Sound, McCartney was facing criticism for Wings simply being a vehicle for himself. He encouraged each of the band members to contribute a song during the sessions, though this would become one of the reasons for the criticism of the album. McCartney had previously attempted to create a democratic album in Red Rose Speedway, though it would be rejected by his record label.

Engineer Peter Henderson later commented, “I remember one of my first engineering jobs, working with Paul McCartney on Wings at the Speed of Sound — he’d do two vocal takes and ask, ‘Which is the better one?’ And when he played guitar, he’d really lean into it and give it everything he got.” Two tracks (“The Note You Never Wrote” and “Warm and Beautiful”) were arranged by Fiachra Trench.

The album was recorded at Abbey Road in two different sessions: first sessions took place in August/September and October 1975, with work resuming in January–February 1976. During the playback of “Must Do Something About It”, Paul heard drummer Joe English sing the song and decided to have him taking the lead vocal. In “Cook of the House”, McCartney handled double-bass, while “Silly Love Songs” was arranged in a disco-style, in a similar fashion to Al Green’s “Sha La La”.

Wings at the Speed of Sound was released in late March 1976 and received somewhat lukewarm critical reviews. Rolling Stone’s reviewer saw this record as something of a concept album, describing it as “A Day with the McCartneys“. The introduction, “Let ‘Em In“, is sometimes perceived as an invitation for the listener to join the McCartneys on this fantasy day, with explanation of their philosophy (“Silly Love Songs“), a lunch break (“Cook of the House“), and a chance to get to know McCartney’s friends (Denny Laine in “The Note You Never Wrote“, Jimmy McCulloch in “Wino Junko“, etc.).

The album went to number 2 in the United Kingdom (and was the 4th best-selling album of 1976). It became McCartney’s most successful American chart album, spending seven unconsecutive weeks at number 1 throughout the summer (and blocking the Beatles’ then-new compilation Rock’n’Roll Music, which reached number 2).

Much of the album’s success can be attributed to its two smash singles. “Silly Love Songs”, a response to his critics and one of McCartney’s biggest hits, followed the album in April, and became one of 1976’s biggest-selling singles. This was followed in July with “Let ‘Em In”, which also scaled the singles charts. Amid all this, Wings finally went to North America for the Wings Over America Tour, playing McCartney’s first shows there in ten years (after The Beatles’ last tour in 1966) to euphoric reaction; a few selections from Speed of Sound were included.

Wings band member Denny Laine covered “Time to Hide” and “The Note You Never Wrote” in 1996 on his album Wings at the Sound of Denny Laine.

In 1993, Wings at the Speed of Sound was remastered and reissued on compact disc as part of ‘The Paul McCartney Collection’ series; added as bonus tracks were “Walking in the Park with Eloise” by the Country Hams, its B-side “Bridge on the River Suite”, and the Wings track “Sally G” (the B-side to their single “Junior’s Farm”) – all were recorded in Nashville in 1974. 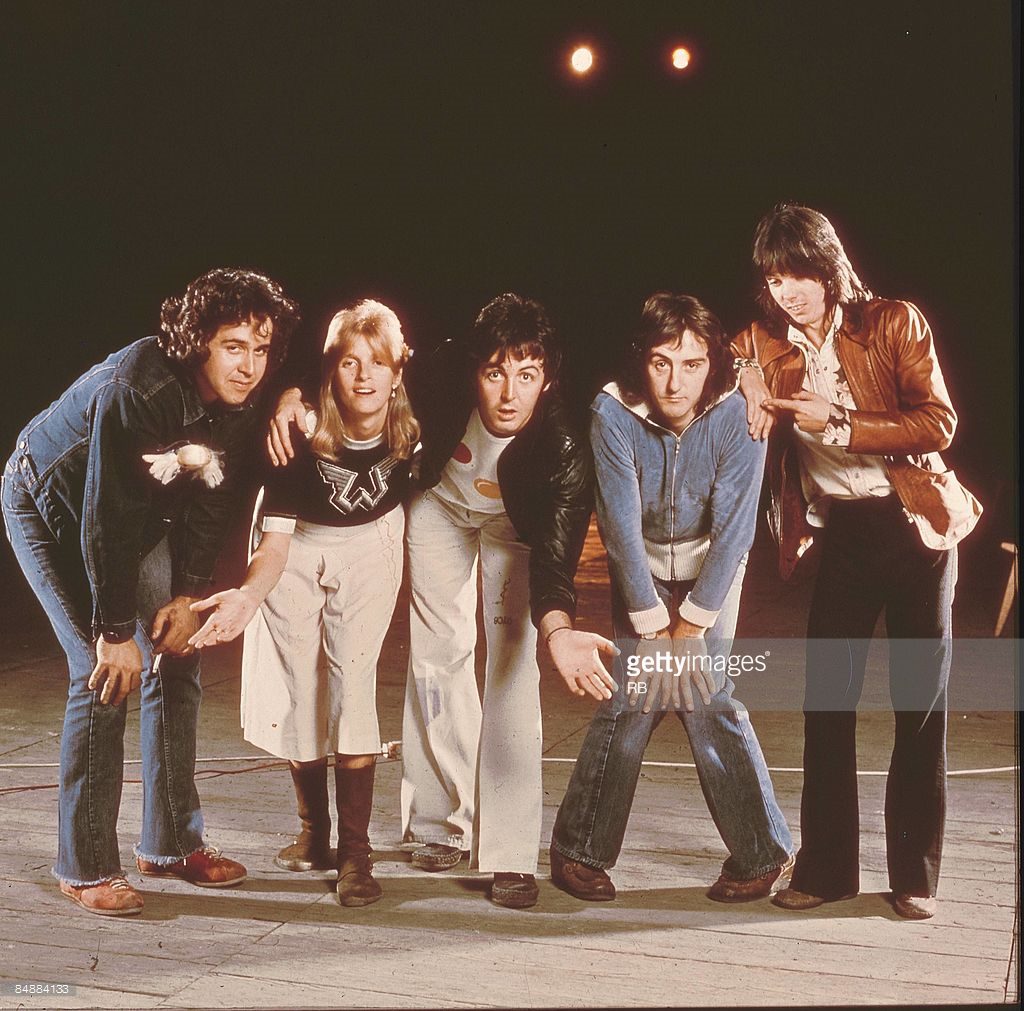