Recording "You Gave Me The Answer"

Recording "Listen To What The Man Said", "Crossroads"

Recording "You Gave Me The Answer"

Overdubs for "Love In Song"

Overdubs for "Listen To What The Man Said"

Overdubs for "Rock Show", "You Gave Me The Answer"

Overdubs for "Call Me Back Again"

Mixing "You Gave Me The Answer"

Mixing "Call Me Back Again", "Listen To What The Man Said"

Listen To What The Man Said / Love In Song

You Gave Me The Answer

Call Me Back Again

Venus and Mars is the fourth album by Wings. Released as the follow-up to the enormously successful Band on the Run, Venus and Mars continued Wings’ string of success and would prove a springboard for a year-long worldwide tour. It was Paul McCartney’s first post-Beatles release on the Capitol Records label.

After recording Band on the Run as a three-piece with wife Linda and guitarist Denny Laine, McCartney added Jimmy McCulloch on lead guitar and Geoff Britton on drums to the Wings lineup in 1974. Having written several new songs for the next album, McCartney decided upon New Orleans, Louisiana as the recording venue, and Wings headed there in January 1975. Before the departure to New Orleans, Wings had recorded three songs at Abbey Road Studios in London in November 1974: “Letting Go”, “Love In Song” and “Medicine Jar”, all overdubbed later at Sea Saint Studios between January and February.

As soon as the sessions began, the personality clash that had been evident between McCulloch and Britton during Wings’ 1974 sessions in Nashville became more pronounced, and Britton — after a six-month tenure — quit Wings, having only played on three of the new songs. A replacement, American Joe English, was quickly auditioned and hired to finish the album.

The sessions proved to be productive, not only finishing the entire album, but also several additional songs, including two future McCartney B-sides, “Lunch Box/Odd Sox” and “My Carnival“. McCartney also decided to link the songs together much like the Beatles had on Abbey Road to give the album a more continuous feel.

John Lennon, often in a nostalgic mood during his Lost Weekend period, had told May Pang (his then girlfriend) that they would visit the McCartneys during the recording sessions for Venus and Mars, and considered writing with him again. Lennon’s planned visit never happened due to his reunion with Yoko Ono.

Wings’ interpretation of the theme to Crossroads, a British soap opera, was sometimes used to end the show in place of the regular theme tune, usually when there was a cliffhanger ending with a hint of sadness involved.

Preceded by the single “Listen to What the Man Said” in May 1975, Venus and Mars appeared two weeks later to decent reviews and brisk sales. The album reached number 1 in the United States, the United Kingdom and worldwide (as did “Listen to What the Man Said” in the US) and sold several million copies during the 1970s, with sales now estimated at over 10 million, even if the reaction was less than what had greeted Band on the Run a year earlier.

Two additional singles, “Letting Go” and “Venus and Mars/Rock Show” were released. Although the latter almost reached the US Top 10, it didn’t chart at all in the UK.

In September, Wings began what would be their year-long Wings Over the World tour in the UK, with concerts in Australia, Europe, the US and Canada to follow. Songs from Venus and Mars featured heavily in the concert setlist.

The album was first issued on compact disc by Columbia Records in 1983, although early pressings were pressed in Japan by CSR Compact Disc, which was etched in the inner ring. This CD was one of the first pressed at CBS/Sony’s Digital Audio Disc Plant in Terre Haute, Indiana CD pressing plant. The Columbia McCartney Discs are prized by audiophiles for their mastering. In 1993, Venus and Mars was remastered and reissued on CD as part of “The Paul McCartney Collection” series with “Zoo Gang” (a UK television theme that was the UK B-side of “Band on the Run” in 1974), “Lunch Box/Odd Sox” (B-side of “Coming Up” in 1980) and “My Carnival” (“Spies Like Us”‘ B-side in 1985) as bonus tracks. In 2007, the album was reissued in digital form on iTunes with the same bonus tracks, plus the extended “party mix” of “My Carnival”.

The album was also originally released in 4-channel quadraphonic. In 1996 the quadraphonic version of the album was issued on compact disc in the DTS 5.1 Music Disc format. 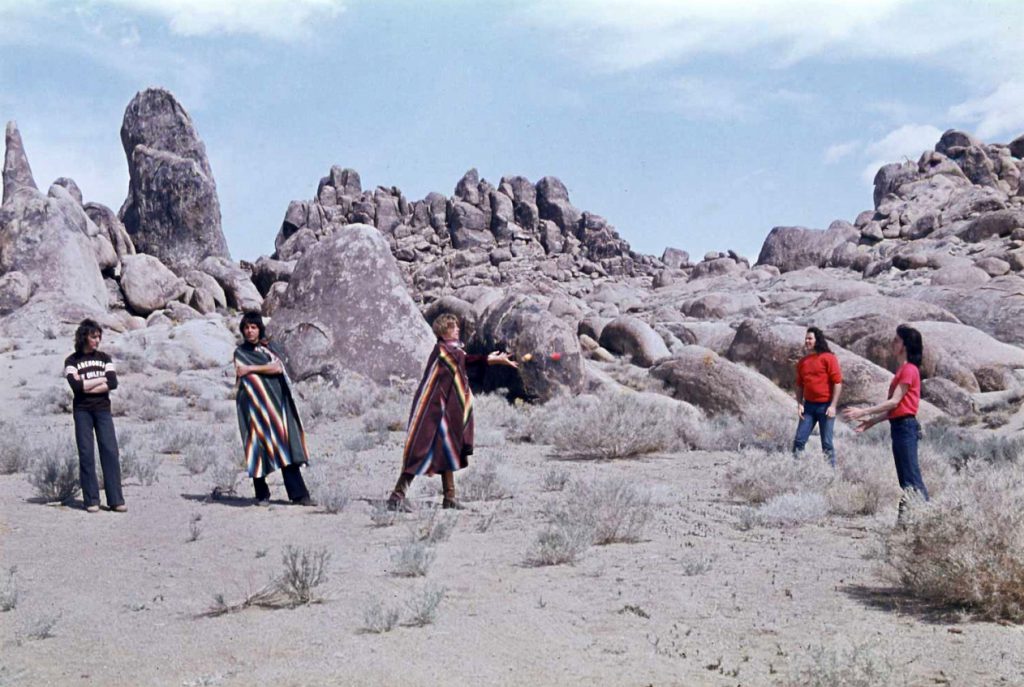 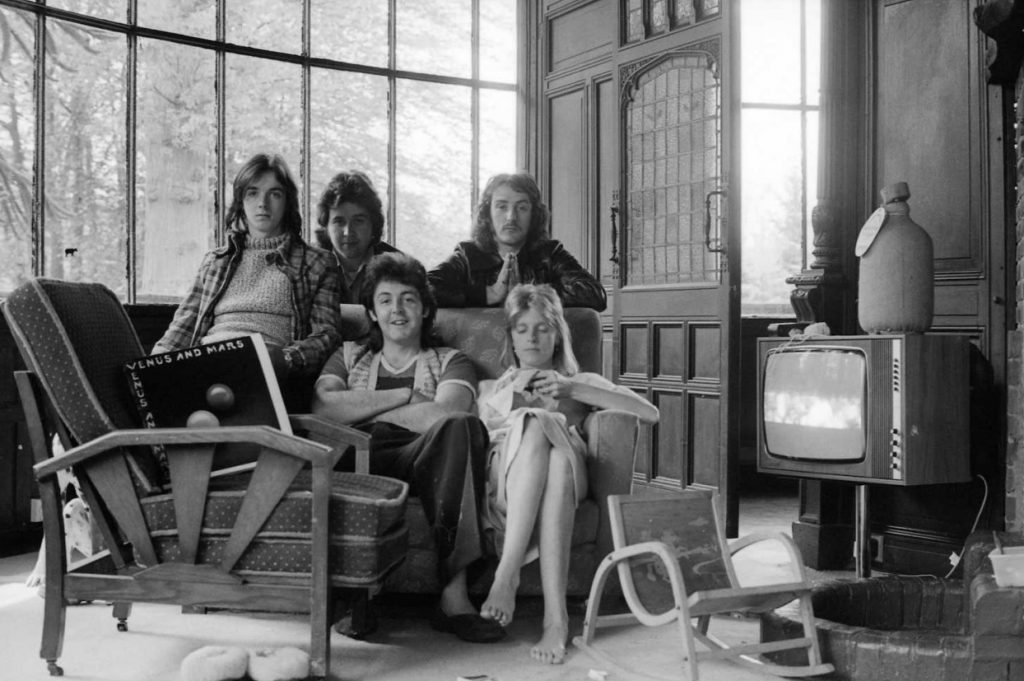 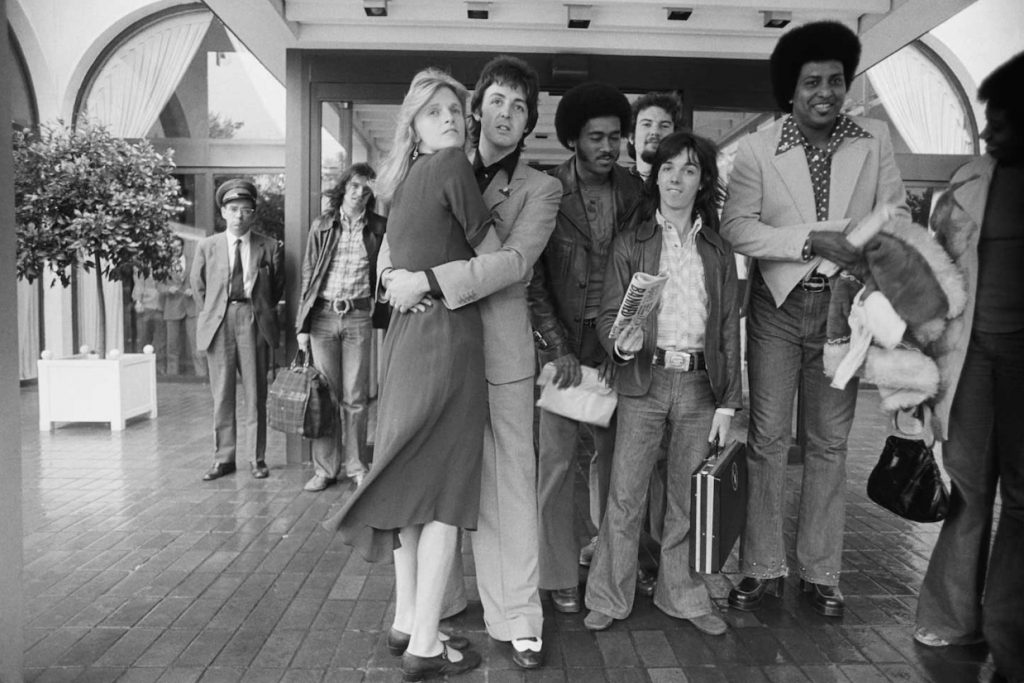 Wait who plays piano on Call Me Back Again. I'm pretty sure it is Paul.

Hi Alexander - you're right, Paul plays piano on Call Me Back Again - adding the mention. Thanks !

Thanks TurbanGuy4k, will update accordingly !