Recording "Cook Of The House"

“Cook of the House” is a song written by Paul and Linda McCartney that was first released on Wings’ 1976 album Wings at the Speed of Sound. It was also released as the B-side to the number 1 single “Silly Love Songs.” The song was included on Linda McCartney’s posthumous 1998 solo album Wide Prairie.

“Cook of the House” is a “1950s-style rock ‘n’ roll song.” Linda McCartney sings the lead vocal, her first lead vocal performance for Wings. Paul McCartney plays the same double bass Bill Black played on Elvis Presley songs. Other musicians on the song are Denny Laine and Jimmy McCulloch on guitar and Joe English on drums. Either Thaddeus Richard or Howie Casey plays saxophone. The song opens with the sound of bacon and chips frying in the key of E-flat. This sound effect is the only part of the song recorded in stereo; most of the track is in mono to enhance the retro feel.

“Cook of the House” was inspired during the McCartneys’ stay at a rented house in Australia during their 1975 tour, and was written in November of that year. A plaque in the kitchen stated “Wherever I serve my guests, they like my kitchen best,” which inspired some of the lyrics. Most of the remaining lyrics came from the McCartneys looking at the food in the kitchen and listing the items in the song. […]

“Cook of the House” was largely panned by critics. Rolling Stone called the song a “celebration of scatterbrained wife-in-the-kitchen coziness.” Authors Chip Madinger and Mark Easter claim that Paul McCartney’s double bass playing is the song’s only redeeming value. Author Robert Rodriguez calls it an “embarrassment,” and author Tim Riley calls it a “feminist’s nightmare.” Paul McCartney biographer Howard Sounes praised the song’s production values but called it a “weak song” which was not sung well. Entertainment Weekly described it as a “simpleminded domestic anthem” and claimed it was “genuinely terrible.” On the other hand, Wings’ guitarist Jimmy McCulloch was happy for Linda’s lead vocal opportunity and considered the song a “tribute to her talent of whipping up a meal in no time.” Allmusic critic Stephen Thomas Erlewine found the song charming, though acknowledging that it is “awkwardly sung.” Paul McCartney biographer Chris Welch called it “one of the most popular items” on Wings at the Speed of Sound.

Late one night when we were on tour renting a house in Australia, we were looking at one of those plaques found in many kitchens worldwide. “wherever I serve my guests, they like my kitchen best“. This led to the song. It was recorded at Abbey Road Studios in 1976 and was included on the Wings album At The Speed of Sound. The noise at the beginning is our chip pan simmering.

And the rest is heaven only knows

Wings At The Speed Of Sound (Limited Orange LP)

Concert From the concert in Liverpool, United Kingdom on Nov 25, 1979

Concert From the concert in Liverpool, United Kingdom on Nov 26, 1979

See all bootlegs containing “Cook Of The House” 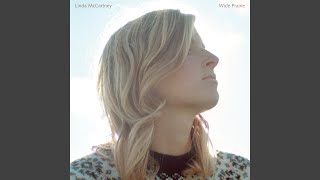 “Cook Of The House” has been played in 18 concerts.

Latest concerts where Cook Of The House has been played

See all concerts where “Cook Of The House” has been played