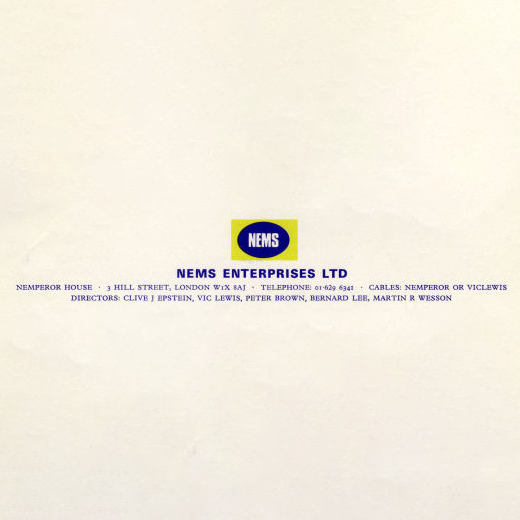 Following the death of Brian Epstein, The Beatles’ manager, on August 27, his brother Clive was elected as the new chairman of NEMS Enterprises, with Robert Stigwood as managing director.

At press-time the answer had still to be given. Future control of NEMS Enterprises may lie with any one of Epstein’s fellow directors, who include his joint managing director, Robert Stigwood; Vic Lewis, the bandleader-turned-impressario; David Shaw; and Brian’s younger brother, Clive Epstein.

If no will is foand, Epstein’s shares in NEMS, believed to be about 70 per cent, will go to his recently widowed mother, Mrs Queenie Epstein.

One thing is certain — the Beatles themselves will have a big say in their own future management, one possibility which cannot be ruled out is that they could manage themselves for a time. Their contract with NEMS is in any case due for renewal in October.

Tony Barrow, NEMS Press Officer, told the MM: “The Beatles are too numbed by Brian’s death to make any plans at the moment, and until there has been a full board meeting, nothing can be finalised.”

John, Paul, George and Ringo will not be at the funeral of the 32-year-old Fifth Beatle; nor will any other stars at the request of his relatives who want a private family-only ceremony in Liverpool.

His death has left his friends and associates stunned. Cilla Black Hew home from holiday in Portugal immediately she heard the news.