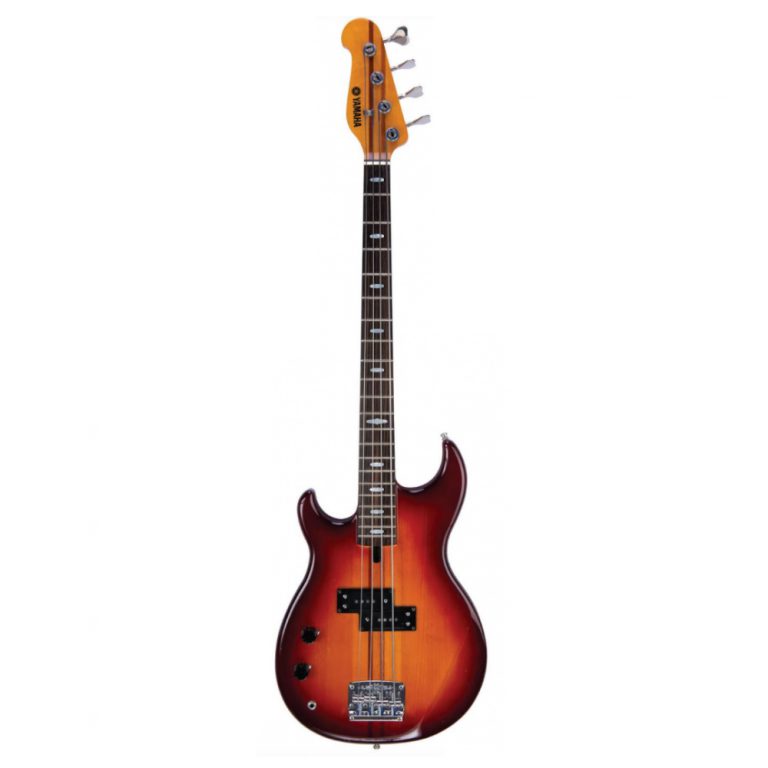 Paul McCartney used a Yamaha BB-1200 bass from 1978 (for the recording of the “Back To The Egg” album with Wings) to circa 1985. In December 2021, this bass was auctioned in aid of Music Rising charity and was sold $471,900, breaking the auction price record for a bass guitar.

Music Rising was launched in 2005 following the catastrophic hurricanes Katrina and Rita. The organization’s mission was to rescue the musical culture of the Gulf South region of the United States in their aftermath by replacing musical instruments that were lost or destroyed in the deluge. Co-founded by U2’s The Edge and legendary producer, Bob Ezrin—along with a host of music industry partners—the organization provided instruments to thousands of musicians and students as well as to many churches, community, and cultural programs in the Gulf Region and across the United States. […]

The live and online auction offers a rare and significant collection of guitars and other music memorabilia from U2’s The Edge, producer Bob Ezrin and host of their famous friends who are among some of the world’s most prominent musicians. The auction takes Music Rising back to its roots and will help restore the livelihood of musicians of New Orleans and surrounding regions who have suffered through the pandemic.

Paul McCartney, Bono, Bruce Springsteen, Elton John, Lenny Kravitz, Chris Martin, Alice Cooper, Slash, Alex Lifeson, Dave Grohl, Eddie Vedder and Pearl Jam, Steve Miller, Vince Gill, Ronnie Wood, Dave Matthews, and so many others have personally donated instruments to the cause. Fans and collectors will also have the opportunity to hear about their instruments from the artists themselves via the new interactive platform ohyay.
Join Music Royalty in one of the most historic auctions Van Eaton Galleries has had the pleasure of offering.

Paul McCartney’s tour and studio played left-handed Wings Yamaha BB-1200 electric bass guitar. This cherry burst BB-1200 was a principal weapon in McCartney’s sonic arsenal during his activity with Wings in the late 1970s, and he was frequently photographed playing it on stage, during live performances, and in the studio.

Constructed of maple, alder, and mahogany with an ebony fingerboard featuring inlaid mother of pearl fret markers, the BB-1200 features a neck-through design for extra sustain and P-style spit pickups. Prized for its consistency of tone and playability, the Yamaha bass was used prominently on Wings final studio album, Back to the Egg (1979).

It was also played throughout the subsequent tour, and was used notably again on recordings for McCartney’s next two albums, McCartney II (1980); and Tug of War (1982). During his prolific and peerlessly influential career, McCartney has only been known to play less than a dozen basses with any frequency, returning to old favourites again and again over the decades.

Few individual instruments have ever pressed to the forefront of his musical endeavors, providing a vehicle to move his sound in a new direction. This Yamaha BB-1200 is one of the most important Paul McCartney instruments ever offered at auction as it bridged two important chapters in McCartney’s career, helping to define the end of his run with Wings and laying the groundwork for his renewed solo efforts.

The piece exhibits some pocking and crazing to the finish with nicks, scratching (most pronounced on the reverse), and surface wear over the body, and light rubbing to the fingerboard from frequent use. McCartney’s original brown leather Yamaha strap with adjustable silver-tone buckle belts is also included. The strap is also depicted in period photos of the instrument, and it shows some age in wear. These items are accompanied by the original Yamaha textured leatherette over wood hard case, which retains the
original Yamaha toolkit.

Over the weekend, a gigantic auction of guitars and other memorabilia took place in aid of Music Rising, the charity founded by U2 guitarist The Edge and producer Bob Ezrin. The auction raised over $2 million for the charity, set to go towards New Orleans musicians who have been impacted by the COVID-19 pandemic and by Hurricane Ida.

The full auction featured instruments and other items donated by a laundry-list of A-listers: Joan Jett, Lenny Kravitz, Noel Gallagher, Ronnie Wood, Slash, Paul Stanley, Flea, Billie Joe Armstrong, to name just a few. Among the items donated was a bass guitar owned and played by Paul McCartney in his post-Beatles band Wings – this broke the auction price record for a bass guitar, fetching a rather sizeable $471,900. The record was previously held by Bill Wyman’s bass guitar, which sold for $384,000 in 2020. […]