Album This song officially appears on the Beatles For Sale (Mono) LP.

Keep Coming Back To Love

“Kansas City” is a rhythm and blues song written by Jerry Leiber and Mike Stoller in 1952. First recorded by Little Willie Littlefield the same year, the song later became a #1 hit when it was recorded by Wilbert Harrison in 1959. “Kansas City” became one of Leiber and Stoller’s “most recorded tunes, with more than three hundred versions,” with several appearing in the R&B and pop record charts.

“Kansas City” was written by Jerry Leiber and Mike Stoller, two nineteen-year-old rhythm and blues fans from Los Angeles, who had their first success writing Charles Brown’s #7 R&B chart hit “Hard Times“. Neither had been to Kansas City, but were inspired by Big Joe Turner records.

Through a connection to producer Ralph Bass, they wrote “Kansas City” specifically for West Coast blues/R&B artist Little Willie Littlefield. There was an initial disagreement between the two writers over the song’s melody: Leiber (who wrote the lyrics) preferred a traditional blues song, while Stoller wanted a more distinctive vocal line; Stoller ultimately prevailed. They taught the song to Littlefield at Maxwell Davis’ house, who arranged and provided the tenor sax for the song. Littlefield recorded the song in Los Angeles in 1952, during his first recording session for Federal Records, a King Records subsidiary. Federal’s Ralph Bass changed the title to “K. C. Lovin’“, which he reportedly considered to sound “hipper” than “Kansas City“. Littlefield’s record had some success in parts of the U.S., but it did not reach the national chart.

In 1955 Little Richard recorded two rather different versions of “Kansas City“: on September, 13 (supervised by Bumps Blackwell), and on November, 29 (with five vocalists, supervised by Art Rupe). The first version, which was very close to the original song, was released much later, in November 1970, on compilation album Well Alright! The second version which had the same name, but which had been substantially re-worked by Little Richard (in particular, this version featured the new refrain starting with words “Hey, hey, hey, hey; Hey baby, hey child, hey now“) was released in March 1959 on The Fabulous Little Richard and in April 1959 as single (position 95 of US Charts, and position 26 of UK Singles Chart). Later this particular version has been covered by The Beatles.

In 1956 (9 May) Little Richard recorded his own song Hey-Hey-Hey-Hey, also known as “Hey-Hey-Hey-Hey! (Goin’ Back to Birmingham)” which turned out to be very similar to a part of second version of “Kansas City” recorded six months earlier (and which had the same refrain as mentioned above). So a new song had been introduced — it included most of the changes made by Little Richard to the second version of “Kansas City” and got a new name and new writer, Richard Wayne Penniman (Little Richard himsef). This song was released in January 1958 as B-side of Good Golly, Miss Molly (Specialty 624) and in July 1958 on Little Richard.

So it happened that the public perceived the song “Hey-Hey-Hey-Hey” (released in 1958) as an earlier work than “Kansas City” (released in 1959) and as its predecessor (while in fact it was actually the other way around). This allowed Little Richard to claim co-authorship with respect to this version of the song. In 1964 when The Beatles released their album featuring the cover of “Kansas City” performed by Little Richard (naturally, the second version, as the first one was not yet released at that time) the attorneys representing Venice Music made a complaint, and as a result the record label was revised to read: “Medley: (a) Kansas City (Leiber/Stoller) (P)1964 Macmelodies Ltd./KPM; (b) Hey, Hey, Hey, Hey (Penniman) Venice Mus. Ltd. (P)1964.” Formally, however, this song could hardly be called a medley, as by definition a medley is a piece composed from parts of existing pieces. Moreover, when Little Richard was recording “Kansas City“, the song “Hey-Hey-Hey-Hey” did not yet exist. […]

In 1964, The Beatles recorded Little Richard’s “Kansas City” (next called “Kansas City/Hey, Hey, Hey, Hey“), a song they began performing in their early Hamburg days. Their version, which uses somewhat different lyrics, appears on the albums Beatles for Sale (UK) and Beatles VI (US) and was the B-side of the October 1965 single “Boys” as part of Capitol Records’ Star Line series. Piano on the track was played by George Martin. An alternate take was released on Anthology 1 and a live version, recorded in Hamburg in 1962, was released on Live! at the Star-Club in Hamburg, Germany; 1962. Other live versions appear on the albums Live at the BBC and On Air – Live at the BBC Volume 2 and in the film Let It Be. The Beatles were also seen on the American television program Shindig! performing the medley live in October 1964. […]

[a] fades a little earlier.

Paul McCartney recorded “Kansas City” in 1987 for inclusion on his Choba B CCCP album. From the liner notes of Choba B CCCP:

First up, is Little Richard’s frantic arrangement (in preference to Wilbert Harrison’ slower 1959 original) of Kansas City. As with the second Little Richard classic included (Lucille), this depicts Paul at peak performance and sets the upbeat mood for most of the album.

With a voice that easily takes the strain, Paul comes close erasing the echo of that fresh-faced moptop who once so vigorously hollered Long Tall Sally as to almost make one forget Little Richard’s original. It’s doubtful if The Beatles ever surpassed that 1964 shakedown in terms of uninhibited celebration. And that’s what the results of Paul’s ‘one-take sessions’ amount to – a truly spontaneous celebration of style and content.

Little Richard’s influence pervaded The Beatles’ songwriting to the extent that such hits as I Saw Her Standing There and I’m Down were composed as a tribute to his unique style. It must be said, Little Richard was always the most genuinely outrageous of all rock’s seminal stars. An indefatigable performer, he refused to compromise his stance. The self-proclaimed ‘King of Rock ‘n’ Roll’ or the ‘Queen of Scream’, Little Richard’s greatest hits may have sold in the millions, but it wasn’t uncommon (in the mid-50s) for his songs to be banned on radio, only to have them instantly replaced by sanitized white cover versions by the likes of Pat Boone. Even ‘Public Enemy Number One’ Elvis Presley was considered much safer than Little Richard when, in 1956, it came to exposing Young America to such songs as Rip It Up, Ready Teddy, Long Tall Sally and Tutti Frutti.

It’s obvious that Paul has a particular fondness for Kansas City – this being his third outing with the song on disc. Kansas City first appeared on Beatles For Sale, while a less-than-hi-fi treatment surfaces on the historic Star-Club tapes. Third time around, it’s nailed firmly to the floor – being infinitely grittier and electrifying. Both this opening track and Lucille (with its thundering guitar riff) reminds the listener that Paul’s friendship with Little Richard goes right back to pre-Beatlemania marathons at Liverpool dance halls and Hamburg drinking clubs.

They got some crazy little women there,
I'm gonna get me one.

I'm going to Kansas City,
Kansas City here I come,
They got some crazy little lovin' there, I'm gonna get one.

2:38 • Radio show • L2 • An early BBC recording of a medley devised by Little Richard and eventually included on ‘Beatles For Sale’ at the end of the following year.

Concert From "Music For Montserrat" in London, United Kingdom on Sep 15, 1997 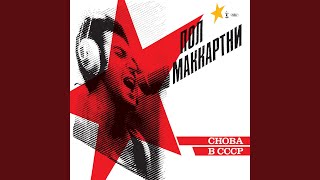 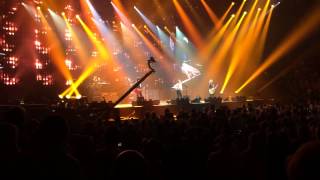 “Kansas City” has been played in 10 concerts.

Latest concerts where Kansas City has been played

See all concerts where “Kansas City” has been played