The Beatles At The Beeb - Volume 1

The Beatles At The Beeb - Volume 2

From the liner notes of The Beatles – On Air – Live at the BBC volume 2:

I had grown up with the BBC. I remember lying on the living room carpet listening to afternoon shows that my mum would be listening to as she was doing the ironing. So you grew up with it. You knew all the little theme tunes that introduced the various programmes and some of the shows like Two-Way Family Favourites were huge. You got the feeling that the whole nation was listening to them and I’m sure they were. This is basically where we got our music from. The only other source was Radio Luxembourg, which was good, but the signal kept coming and going, so the BBC was the mainstay of our music source.

Raised on the BBC radio programmes, one of the big things in our week was Saturday Club. We would wake up to this great show playing the kind of music we loved. That was something we really aspired to. Eventually we got to go to that show and be a part of it. I think out of that came Pop Go The Beatles. We knew we would have to compromise to some extent, but when it came to playing the numbers, we could do them the way we wanted. Then there would be the talk with the very plummy BBC announcer, who was not from our world at all. We couldn’t imagine what world he was from, but now you realise we were all doing what we had to do. You had actors – Rodney Burke and Lee Peters – doing all this silly stuff. They would rather have been doing Hamlet. Then you’ve got producer Terry Henebery behind the control glass and he would rather have been down a jazz club!

You will find stuff in our repertoire that came off little odd-ball records. We had started off going onstage and playing songs that we liked, but then we would find that on the same bill as us in the Liverpool clubs, there might be another band that would play exactly the same songs. If they were on before us, it made us look a bit silly. We started to look further afield, study the American charts and see what was there. We’d listen to radio a lot and find out if there was anything up and coming. We would also flip records and listen to the B-sides; see if we could find anything that way. In fact that’s what started John and I writing, because this was the only foolproof way that other bands couldn’t have our songs. There was no great artistic muse that came out of the heavens and said, ‘Ye shall be a songwriting partnership!’. It was really just we had better do this or everyone else is going to have our act.

With our manager Brian Epstein having a record shop – NEMS – we did have the opportunity to look around a bit more than the casual buyer. But we knew people who had records. You’d go to a party and someone would have something that you hadn’t heard and you’d always flip it over, listen to the B-side. Obviously, they had to be things that we thought we could play well. Something like the Arthur Alexander song ‘Anna’ – which not many people have heard of to this day – was an odd record choice somebody had. We discovered ‘Twist and Shout’ by The Isley Brothers, which was a little bit hip to know about. I remember coming down to London and somebody saying, ‘Wow, you’ve heard of the Isleys!’ It gave us this little edge over other bands, who perhaps weren’t scouring the racks quite as avidly as we were.

Ringo would get stuff from sailors. I don’t think the rest of us knew any sailors, but he happened to have a few mates who’d been abroad to New Orleans or New York and had picked up some nice blues or country and western. Ringo was very into country and western. But it was really a question of looking harder than the next guy. We made it our full-time job to research all these things; to go for the road less travelled.

When I listen to the BBC recordings, there’s a lot of energy. I think spirit and energy – those are the main words I’d use to describe them. We are going for it, not holding back at all, trying to put in the best performance of our lifetimes. By the way, of course, we were brilliant! Let’s not forget that. I always say to people, ‘Not a bad little band’. 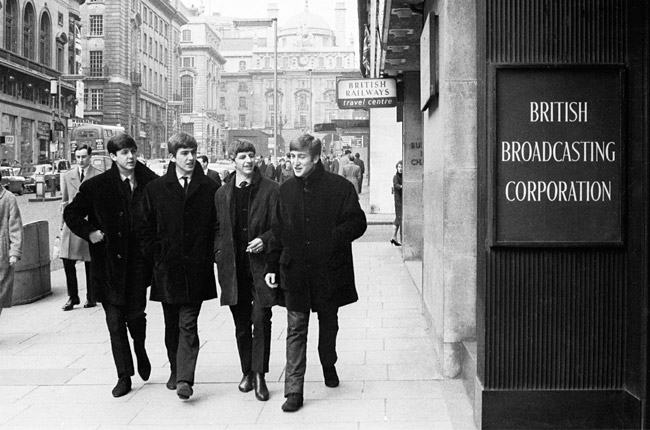