“Wild Honey Pie” is a short song by the Beatles written by Paul McCartney (credited to Lennon–McCartney) and released on The Beatles (also known as the White Album).

McCartney is the sole performer on the recording. John Lennon and Ringo Starr were working on other White Album songs, and George Harrison was on holiday in Greece.

According to McCartney the song might have been excluded from The Beatles album, but Pattie Boyd “liked it very much so we decided to leave it on the album.”

In 2003, Stylus Magazine ranked the song at number 1 on their list of the “Top Ten Filler Tracks“, saying “the greatest piece of filler to ever clutter an over-ambitious double album.” A “Playing God” piece by the same magazine from the following year, in which the author creates a personalized version of the track listing, also suggested the song as the album’s first track, saying “instead of acclimation track like “Back in the USSR”, sound-wise at least, this version of The White Album utilizes the sproing guitar and yarbled vocals of “Wild Honey Pie” as its opening salvo. It’s meant here to let the listener know that this is going to be like no Beatles album they’ve ever heard. At the beginning of the last measure of the song, the next track [“Helter Skelter“] barrels in.” […] 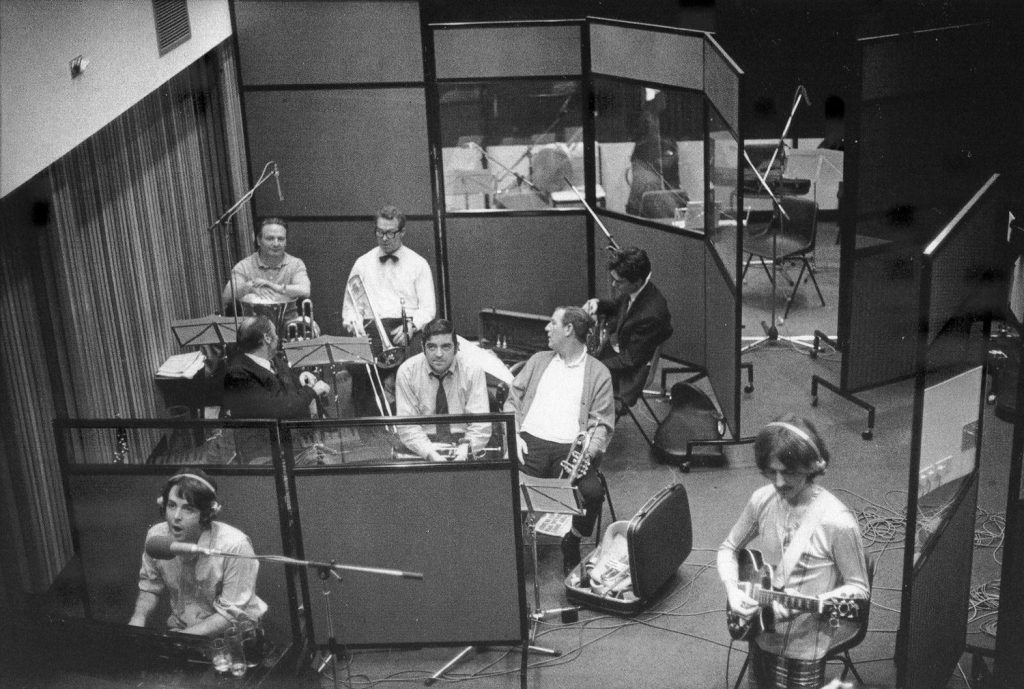 Paul McCartney and George Harrison working on Honey Pie for the White Album, 1968.