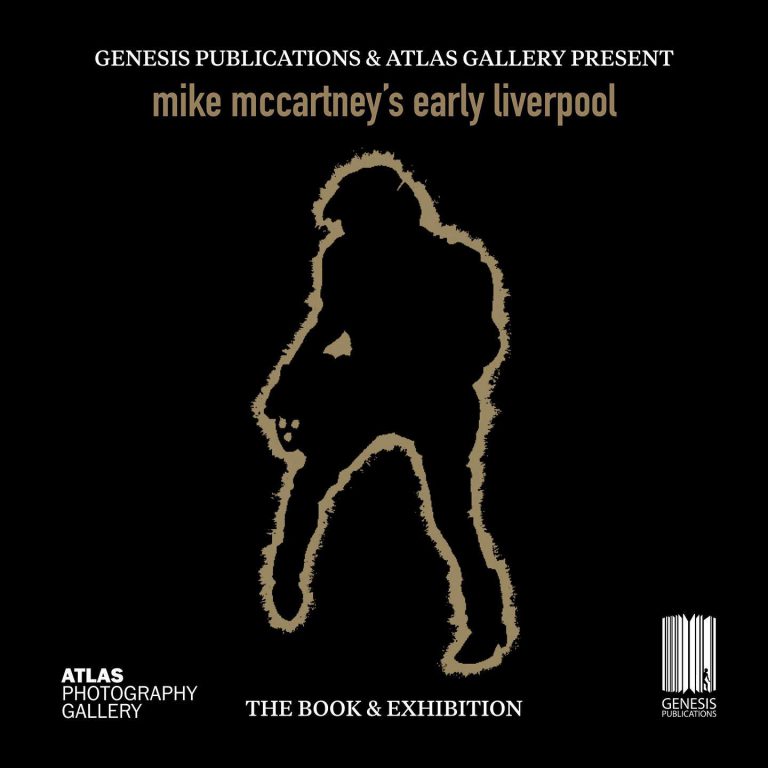 To complement the release of Mike McCartney’s book “Mike McCartney’s Early Liverpool” published in December 2021, a photo exhibition was organized from September 24 to October 1 at Atlas Gallery in London.

Genesis Publications and Atlas Gallery present Mike McCartney’s Early Liverpool: The Exhibition, a free exhibition that will run between 24 September to 1 October at Atlas Gallery in London.

This exciting exhibition serves as a celebration following the publication of his signed limited edition, in which McCartney brings together all of his finest work celebrating the 1960s Merseybeat scene in Liverpool. It will highlight some of his most iconic and historically significant photographs featured in the book, all of which will be available to purchase.

‘With unusual vision and a healthy bit of surrealism, Mike takes us back, time capsule-like, into the music and majesty of such Liverpool landmarks as the Casbah Club, the Jacaranda, the Tower Ballroom, and the legendary Cavern Club. Mike McCartney’s Early Liverpool makes for a poignant, unforgettable journey.’ – Salon

The exhibition features some of the earliest photographs of The Beatles, their rock ‘n’ roll idols and Mike’s own group, Scaffold. Photographs in the exhibition are all featured in the signed limited edition book, Mike McCartney’s Early Liverpool. Visitors to the exhibition will have the chance to order the book which is limited to 2,000 copies worldwide. Each limited edition includes a double-sided 8″ x 10″ print. On the front, a Kodachrome colour photograph captures John, Paul and George playing as the Quarrymen at a McCartney family celebration in 1958. A friend of the family, Dennis Littler, appears at the right of the frame. On the reverse, Mike McCartney is pictured with Dennis more than 50 years later, in 2012. The print is numbered, stamped, and is suitable for framing.

Mike McCartney’s Early Liverpool is Mike McCartney’s ‘definitive statement of a magic era,’ as revealed through his photography, illustrations and fascinating commentary.

In his recently published limited edition book, ‘Mike McCartney’s Early Liverpool’, Mike McCartney brought together all of his finest work including a wealth of previously unseen photographs and treasured drawings. To celebrate the publication of the book, we will be presenting a selection of his photographs, including some of the earliest images of The Beatles, their rock ‘n’ roll idols and Mike’s own group, Scaffold, at an exhibition running from Saturday 24th September to Saturday 1st October.