Peter Michael “Mike” McCartney (born 7 January 1944), known professionally as Mike McGear, is a British performing artist and rock photographer and the younger brother of Paul McCartney. He attended the Liverpool Institute two years behind his brother.

Michael and his brother Paul (born 18 June 1942) were both born in the Walton General Hospital in Liverpool, where their mother, Mary McCartney, had previously worked as a nursing sister in charge of the maternity ward. Michael was not enrolled in a Catholic school as his father, Jim McCartney, believed that they leaned too much towards religion instead of education. At age 17, McCartney started his first job at ‘Jackson’s the Tailors’ in Ranelagh Street, Liverpool. The year after he took an apprenticeship at ‘Andre Bernard’, a hairdresser for ladies in the same street.

At the time the Beatles became successful, Mike McCartney was working as an apprentice hairdresser. However, he was also a member of the Liverpool comedy-poetry-music group the Scaffold, which included Roger McGough and John Gorman and had formed in 1962 (the year of the Beatles’ first hit). McCartney decided to use a stage name, so as not to appear to be riding his brother’s coattails. After first dubbing himself “Mike Blank”, he settled on “Mike McGear”, “gear” being the Liverpudlian equivalent of “fab”. The band was subsequently signed to Parlophone.

The Scaffold recorded a number of UK hit singles between 1966 and 1974, the most successful being the 1968 Christmas number one single, “Lily the Pink“. McCartney composed the band’s next biggest hit, 1967’s “Thank U Very Much“. In 1968, he and McGough released a “duo” album (McGough & McGear) that included the usual Scaffold mix of lyrics, poems, and comedy. The Scaffold ended up hosting a TV program, which limited the musical portion of their career, and they were dropped by Parlophone. McCartney then signed to Island Records and released a solo musical album entitled Woman in 1972 —which again included many tracks co-written with McGough, and the Scaffold subsequently released their own album on the label, Fresh Liver.

The Scaffold then added several other members and released two albums on Island in 1973 as Grimms (an acronym for Gorman-Roberts-Innes-McGear-McGough-Stanshall). However, McCartney quit Grimms after the second album due to tension between himself and one of the poets added to the group.

McCartney then signed to Warner Bros. Records and in 1974 released his second “serious” musical album, McGear, in which he collaborated with his brother Paul and Paul’s band Wings. Although four singles were released from these sessions, only “Leave It” enjoyed any moderate chart success (No. 36 UK). However, also recorded during McCartney’s sessions with Wings was a Scaffold “reunion” song, “Liverpool Lou“, which became the Scaffold’s last top-ten hit. This led to the group’s re-formation in 1974, and they recorded and performed together through 1977.

Individually, McCartney released a few more singles. His final release, while still using the name Mike McGear, was the 1981 release “No Lar Di Dar (Is Lady Di)“. This was a satirical tribute to Lady Diana Spencer, released at the time of her wedding to Prince Charles.

In the 1980s, after retiring from music, Mike McCartney decided to end his use of the “McGear” pseudonym and revert to use of his family name.

McCartney was a photographer during his entire musical career, and has continued with photography since then. Beatles’ manager Brian Epstein nicknamed him “Flash Harry” in the early 1960s because he was always taking pictures with a flash gun.

He has published books of pictures that he took of the Beatles backstage and on tour, and he recently brought out a limited edition book of photos he took spontaneously backstage at Live8. In 2005, McCartney premiered and exhibited a collection of photographs that he had taken in the 1960s, called “Mike McCartney’s Liverpool Life“, both in Liverpool and other venues, such as The Provincial Museum of Alberta. In addition, an exhibition book was published of the collection.

He also took the cover photograph for Paul McCartney’s 2005 solo album Chaos and Creation in the Backyard. […] 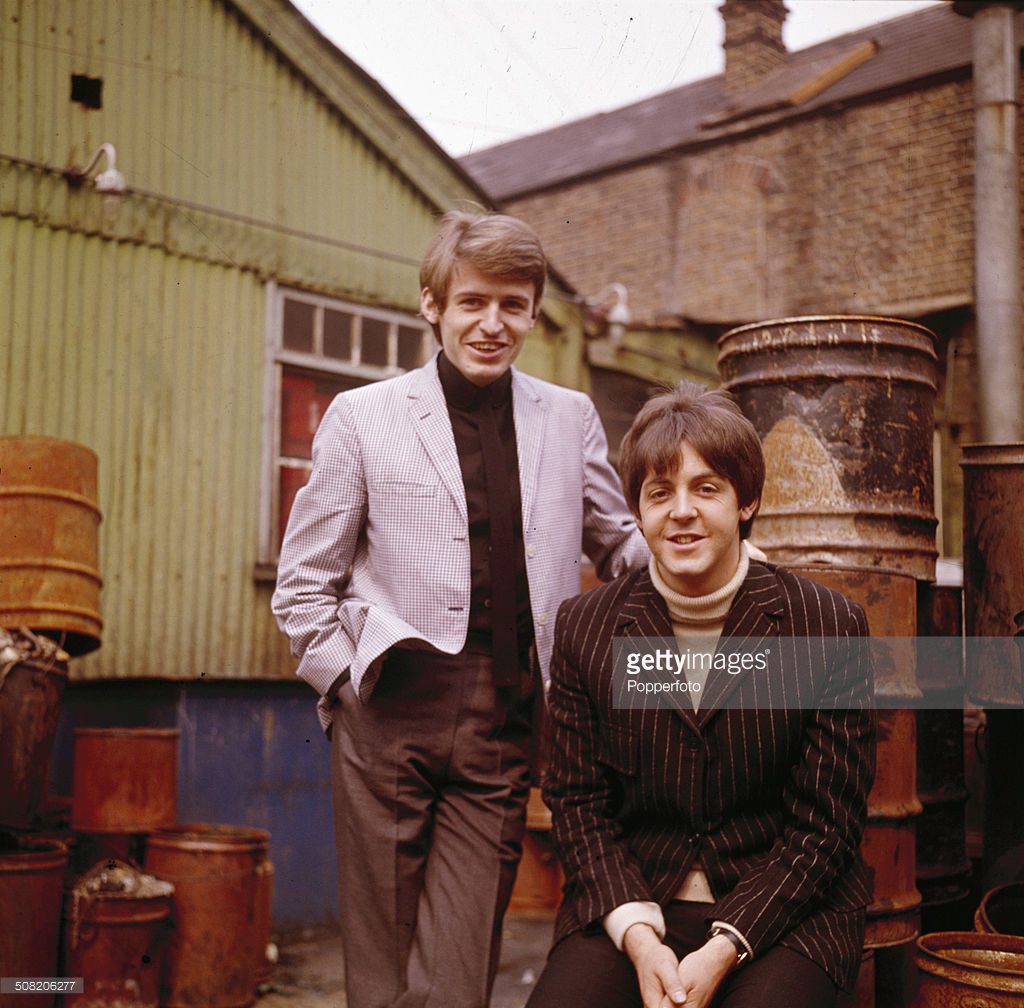 Bass guitarist Paul McCartney from The Beatles posed with his brother Mike McGear aka Peter Michael McCartney in 1965. 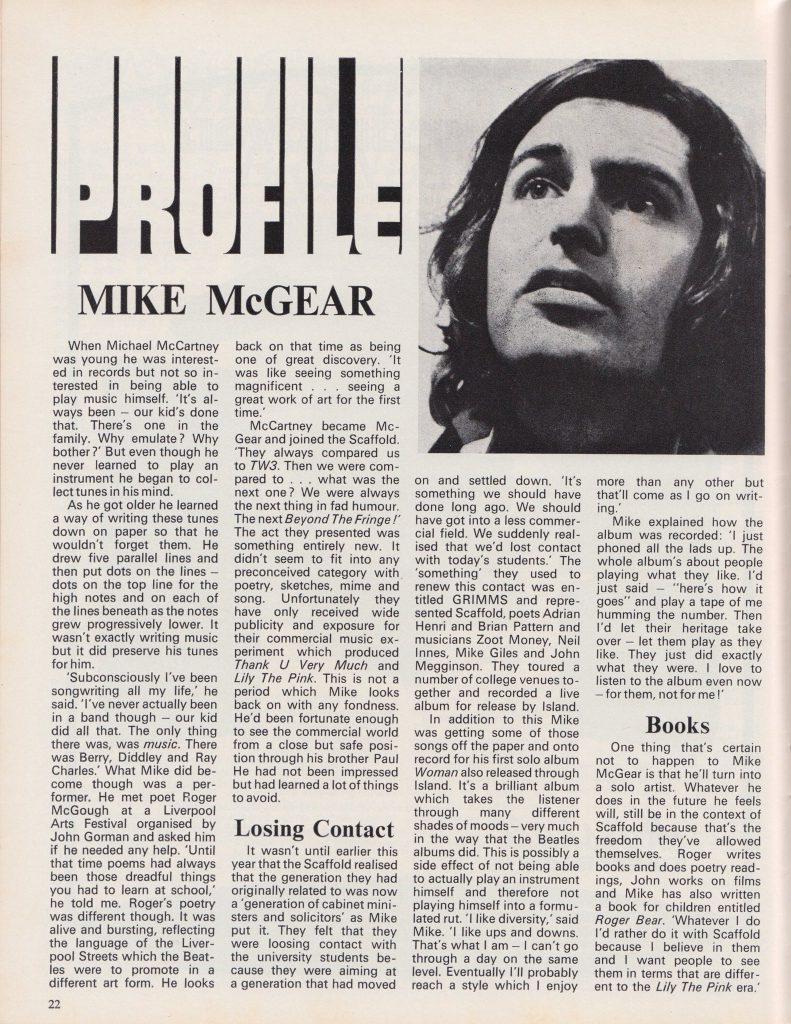 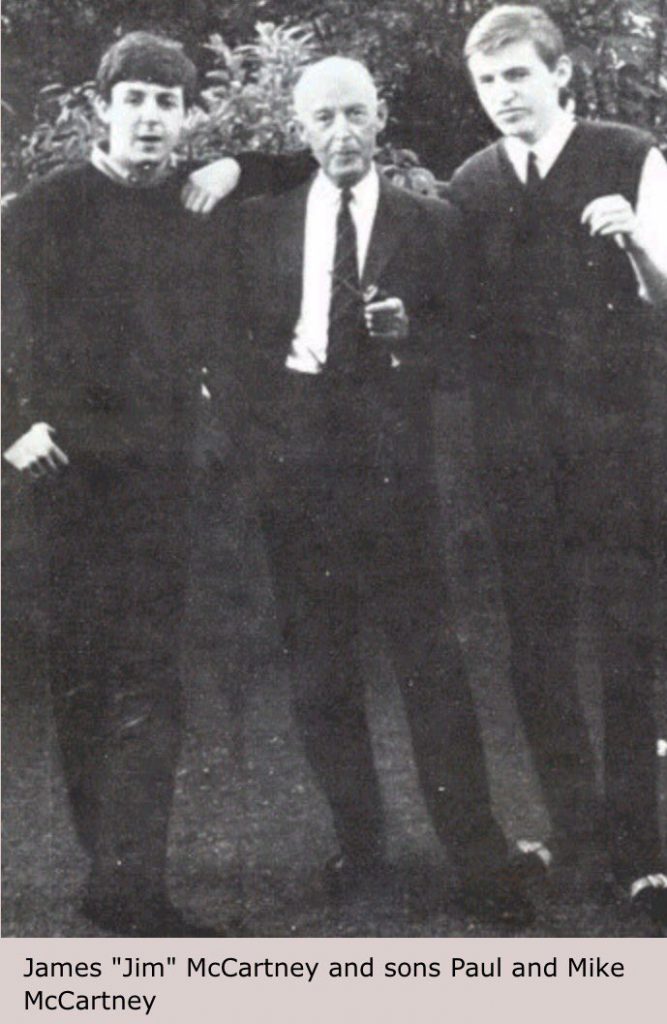 Have You Got Problems?

The Man Who Found God on the Moon