McCartney was born in London on 28 August 1969 and named after her paternal grandmother Mary McCartney. She is the first biological child of Paul McCartney of the Beatles and photographer Linda Eastman McCartney, and Linda’s second child. McCartney has an older sister, Heather McCartney who was born Heather Louise See on 31 December 1962 to Linda and Joseph Melville See Jr. and adopted by Paul McCartney; a younger sister, Stella Nina McCartney who was born on 13 September 1971; and a younger brother, James Louis McCartney, who was born on 12 September 1977. McCartney’s mother Linda died from breast cancer in 1998. McCartney has a much younger half-sister, Beatrice Milly McCartney, born to her father and his second wife, Heather Mills, on 28 October 2003.

The most famous photograph of McCartney was taken by her mother; it is a photograph of her as a baby, peeking out from inside her father’s jacket. The photograph is featured on the back cover of her father’s first solo album, McCartney, (sometimes known as the “Cherries” album).

After the birth of her sister, Stella, McCartney’s parents formed the rock group Wings, with whom she and her siblings travelled the world until 1980. She grew up to be a vegetarian and is passionate about animal rights like the rest of her family.

Following in the footsteps of her mother, McCartney became a professional photographer. She was a photo editor for the music-book publisher Omnibus Press and in 1992 began taking photographs professionally, specializing in portrait and fashion photography. Because her paternal grandmother and her mother died of breast cancer, she began campaigning for breast cancer awareness in the United Kingdom. As a result, she became close friends with Cherie Blair, wife of former UK prime minister Tony Blair. This led to McCartney being chosen to take the first official photo of the prime minister and his wife with their fourth child, Leo, born 20 May 2000. Before this, the most well-known photos of hers were the last photographs taken of her mother, three weeks before her death. McCartney has taken portraits of Sam Taylor-Wood, Ralph Fiennes, Jude Law, and of her sister Stella McCartney, who is a fashion designer. […]

In 2001, McCartney produced the television documentary “Wingspan“, a story of her father’s post-Beatles musical career, focusing on her parents’ band Wings. She also interviews her father in the film. […]

Beside her work on “Wingspan“, there’ve been few music-related collaborations between Mary McCartney and her father – she is credited to background vocals on a few songs. 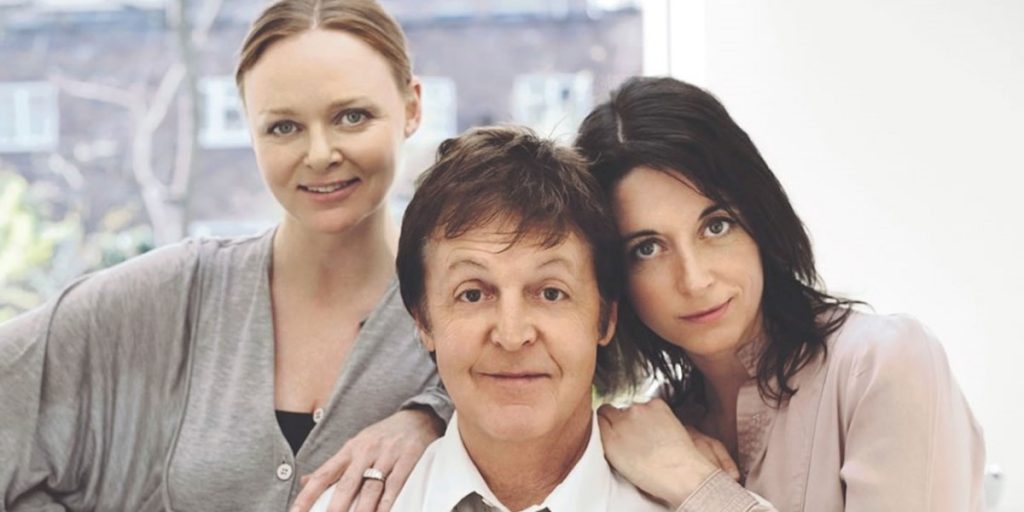 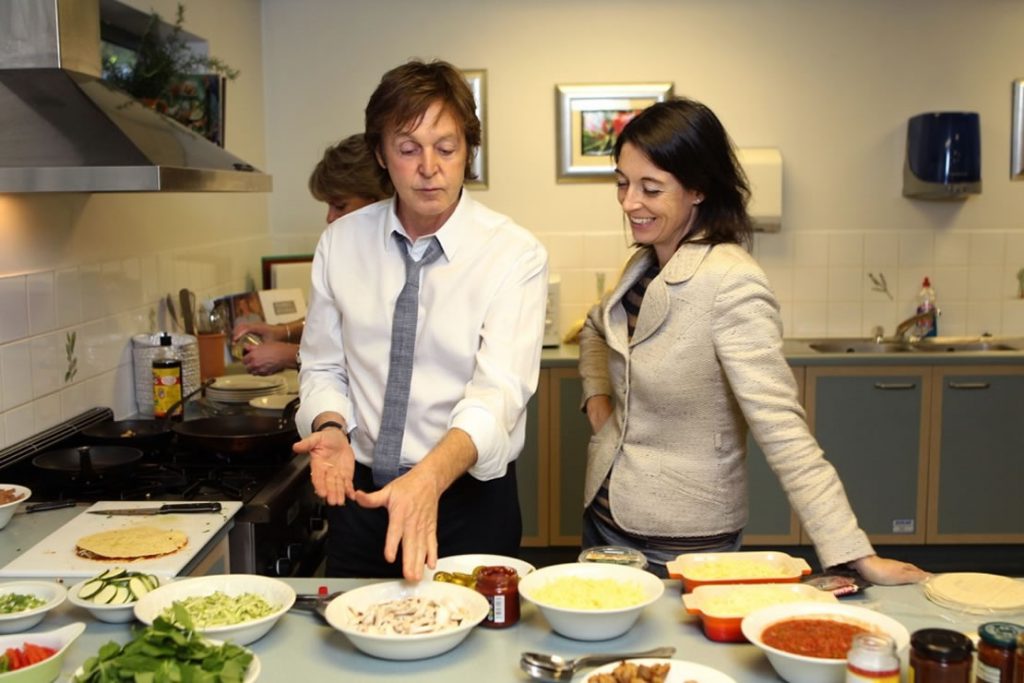 Mary Had A Little Lamb (UK)

Mary Had A Little Lamb (Germany)

Mary Had A Little Lamb (France)

The Anti-Heroin Project: It's A Live-In World