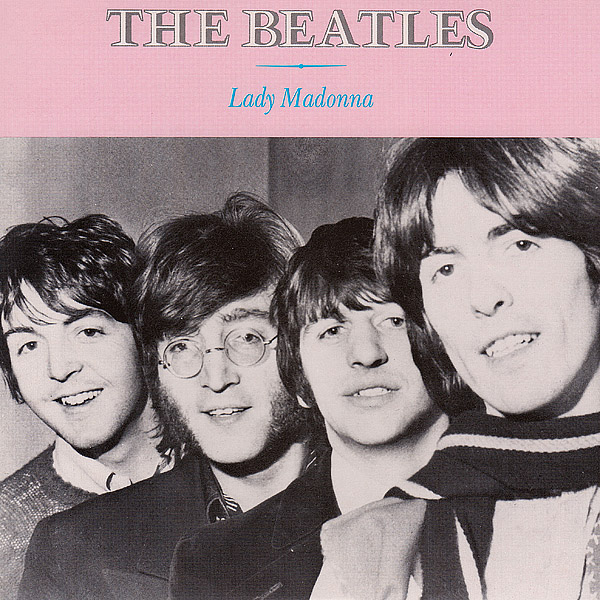 The Beatles spent most of February 8, 1968 recording John Lennon’s “Across The Universe“. However despite their efforts, Lennon remained unsatisfied with the results, and the group decided instead to release “Lady Madonna” as their next single. “Lady Madonna” had been recorded a few days earlier on February 3, with final overdubs and mixing taking place on February 6.

Well aware that their visit to India to study under Maharishi Mahesh Yogi was imminent, and they weren’t due to return until mid-April, they decided to take the opportunity to pose for some formal group pictures in the EMI recording studio. These pictures were used as promotional material to accompany the release of “Lady Madonna”. One picture, in particular, being used by Capitol Records to create a pictures sleeve for “Lady Madonna”‘s release in the USA on March 18, 1968.