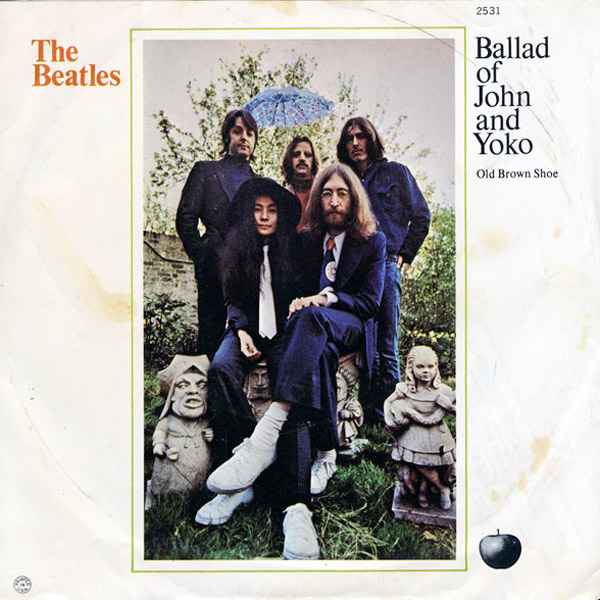 The Ballad of John and Yoko

Some days after the recording of “The Ballad Of John And Yoko”, The Beatles met up for a photo session to get a photo to use as the single cover for markets outside the UK (In the UK, it was still the norm to use factory sleeves for singles).

Linda McCartney was the principal photographer.

[…] The only time I did an official Beatles photo was when Paul called me up at the last minute from the studio, and said that EMI needed a cover for the sleeve of The Ballad of Beatles and Yoko. I took a color portrait of the group with Yoko. I had really wanted The Beatles on their own, but Yoko just sat there, and being a timid newcomer I simply didn’t have the heart to tell her it was group members only.