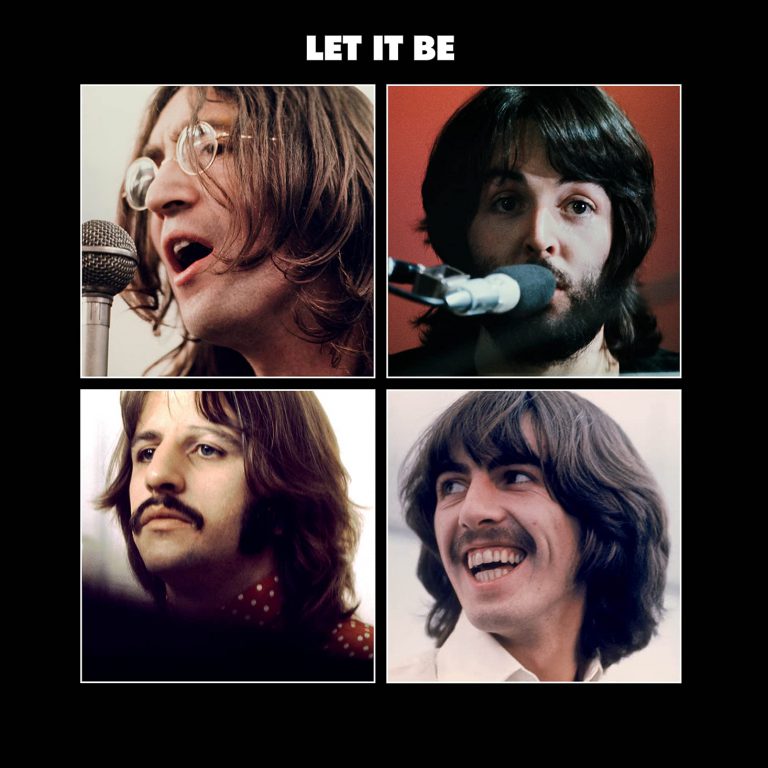 “McCartney 3,2,1” docu-series released in the UK

On January 30, 2019, 50 years after the rooftop concert, The Beatles announced a new documentary directed by Peter Jackson that covers the making of the Beatles’ 1970 album “Let It Be“. Planned to be released in September 2020, to celebrate the 50 years of the release of the “Let It Be” album and film, it was pushed back to August 27, 2021 and then to November 2021 due to the 2020/2021 coronavirus pandemic.

In September 2020, a book “The Beatles: Get Back“ was announced for release on August 31, 2021, to complement the release of the Peter Jackson film.

But nothing had been announced in terms of music release, even if every fan expected a remixed version of “Let It Be“, the album, along with a boxset in a similar fashion than the 50th anniversary editions of Sgt. Pepper’s Lonely Hearts Club Band (2017), The Beatles (‘White Album’) (2018), and Abbey Road (2019). The “Let It Be” boxset was finally announced on August 26, 2021, for release on October 15, 2021.

From THE BEATLES GET BACK TO LET IT BE WITH SPECIAL EDITION RELEASES | The Beatles, August 26, 2021:

Let It Be Presented with New Mixes in Stereo, 5.1 Surround, and Dolby Atmos;
Expanded with Never Before Released Session Recordings, Rehearsals & Studio Jams; And the Previously Unreleased 1969 Get Back LP Mix by Glyn Johns

London – August 26, 2021 – This fall, The Beatles invite everyone everywhere to get back to the chart-topping 1970 album, Let It Be, with a range of beautifully presented Special Edition packages to be released worldwide on October 15 by Apple Corps Ltd./Capitol/UMe.

Three tracks from the newly remixed and expanded edition make their digital release debuts with today’s preorder launch: “Let It Be” (2021 Stereo Mix), “Don’t Let Me Down” (first rooftop performance), and “For You Blue” (Get Back LP Mix).

All the new Let It Be releases feature the new stereo mix of the album as guided by the original “reproduced for disc” version by Phil Spector and sourced directly from the original session and rooftop performance eight-track tapes. The physical and digital Super Deluxe collections also feature 27 previously unreleased session recordings, a four-track Let It Be EP, and the never before released 14-track Get Back stereo LP mix compiled by engineer Glyn Johns in May 1969.

On January 2, 1969, John Lennon, Paul McCartney, George Harrison, and Ringo Starr kickstarted the new year together on a cavernous soundstage at Twickenham Film Studios in London. The Beatles jumped into rehearsals for a project envisioned to get them back to where they once belonged: onstage. For 21 days, cameras and tape recorders documented almost every moment: first at Twickenham and then at The Beatles’ own Apple Studio, where Billy Preston joined them on keyboards. Together they rehearsed brand new originals and jammed on older songs, all captured live and unvarnished.

On January 30, the cameras and recorders were rolling as The Beatles, with Preston, staged what was to be their final concert on the chilly rooftop of their Savile Row Apple Corps headquarters before a small assembly of family and friends, and any others who were within wind-carried range of their amps. The midday performance brought London’s West End to a halt as necks craned skyward from the streets and the windows of neighboring buildings were flung open for better vantage. A flurry of noise complaints drew police officers to the rooftop, shutting the concert down after 42 minutes.

Work to compile an album to be called “Get Back” was carried out in April and May by Glyn Johns, who, for his version, included false starts, banter between songs, early takes rather than later, more polished performances, and even “I’ve Got A Feeling” falling apart with John explaining, “I cocked it up trying to get loud.” The Beatles, however, decided to shelve the project’s copious tapes, film reels, and photos, in order to record and release their LP masterpiece, Abbey Road. Drawn from the tapes made in January 1969, plus some sessions which preceded and followed those recordings, The Beatles’ final album, Let It Be, was eventually issued on May 8, 1970 (May 18 in the U.S.) to accompany the release of the Let It Be film.

The sessions that brought about the Let It Be album and film represent the only time in The Beatles’ career that they were documented at such great length while creating music in the studio. More than 60 hours of unreleased film footage, more than 150 hours of unreleased audio recordings, and hundreds of unpublished photographs have been newly explored and meticulously restored for three complementary and definitive Beatles releases this fall: a feast for the senses spanning the entire archival treasure. The new Let It Be Special Edition is joined by “The Beatles: Get Back”, the hotly-anticipated documentary series directed by three-time Oscar®-winning filmmaker Peter Jackson, and a beautiful new hardcover book also titled The Beatles: Get Back. The raw sources explored for the new projects have revealed that a more joyous, benevolent spirit imbued the sessions than was conveyed in the 1970 Let It Be film’s 80 minutes.

“I had always thought the original film Let It Be was pretty sad as it dealt with the break-up of our band, but the new film shows the camaraderie and love the four of us had between us,” writes Paul McCartney in his foreword for the Let It Be Special Edition book. “It also shows the wonderful times we had together, and combined with the newly remastered Let It Be album, stands as a powerful reminder of this time. It’s how I want to remember The Beatles.”

When The Beatles arrived at Twickenham in January 1969, their self-titled album (AKA ‘The White Album’) was still topping charts around the world following its November 1968 release. They had an ambitious plan in mind for a project that would include a stage performance for a “TV spectacular” and a live album. Michael Lindsay-Hogg was hired to direct the concert and document the rehearsals with unfettered “fly-on-the-wall” filming and mono audio recording on two camera-linked Nagra reel-to-reel tape machines. Ethan A. Russell was brought in for exclusive all-access photography. Beatles producer George Martin and engineer Glyn Johns supervised the sound. Johns remembers, “Paul told me he had this idea to do a live concert and he wanted me to engineer it, because I had a reasonably good track record of making live albums.” Impressed by the band’s day-to-day progress with their slate of new songs, Martin later recalled, “It was a great idea, which I thought was well worth working on. A live album of new material. Most people who did a live album would be rehashing old stuff.” After 10 days on the soundstage, The Beatles and the film crew later moved to the band’s more intimate and cosy Apple Studio. There, Johns manned the controls of borrowed equipment from The Beatles’ old stomping ground, Abbey Road Studios, to record on eight-track tape. Billy Preston was invited to play keyboards with the band at Apple, lifting the sessions with his boundless talent and buoyant bonhomie.

In April 1969, The Beatles rush-released their worldwide number one single “Get Back”/“Don’t Let Me Down”. Promoted as “The Beatles as nature intended” and “as live as can be, in this electronic age,” both sides of the disc were credited to “The Beatles with Billy Preston”. “The greatest surprise was when the record came out,” Preston remembered in 2002. “They didn’t tell me they were going to put my name on it! The guys were really kind to me.” The “Let It Be” single produced by George Martin, released March 6, 1970, is different from the album version “reproduced” by Phil Spector. Exemplifying Spector’s signature Wall of Sound production style on the Let It Be album is his orchestral overdub on “The Long and Winding Road”, which became The Beatles’ 20th U.S. number one single.

Directed by Peter Jackson (“The Lord of the Rings” trilogy, “They Shall Not Grow Old”), “The Beatles: Get Back” takes audiences back in time to the band’s intimate recording sessions during a pivotal moment in music history. Because of the wealth of tremendous footage Jackson has reviewed, which he has spent the past three years restoring and editing, “The Beatles: Get Back” will be presented as three separate episodes. Each episode is approximately two hours in length, rolling out over three days, November 25, 26 and 27, 2021, exclusively on Disney+.

The documentary series showcases the warmth, camaraderie and creative genius that defined the legacy of the iconic foursome, compiled from over 60 hours of unseen footage shot in January 1969 (by Michael Lindsay-Hogg) and more than 150 hours of unheard audio, all of which has been brilliantly restored. Jackson is the only person in 50 years to have been given access to these private film archives. “The Beatles: Get Back” is the story of John Lennon, Paul McCartney, George Harrison and Ringo Starr as they plan their first live show in over two years, capturing the writing and rehearsing of 14 new songs, originally intended for release on an accompanying live album. The documentary features – for the first time in its entirety – The Beatles’ last live performance as a group, the unforgettable rooftop concert on London’s Savile Row, as well as other songs and classic compositions featured on the band’s final two albums, Abbey Road and Let It Be. The music in the series is also newly mixed by Giles Martin (“Rocketman”) and Sam Okell (“Yesterday”).

Ahead of the series’ debut, Apple Corps Ltd./Callaway Arts & Entertainment will release The Beatles: Get Back book worldwide on October 12. Available in English and nine international language editions, The Beatles: Get Back is the first official standalone book to be released by The Beatles since international bestseller The Beatles Anthology. Beautifully designed and produced, the 240-page hardcover complements the “Get Back” documentary series and Let It Be Special Edition with transcriptions of many of The Beatles’ recorded conversations from the three weeks of rehearsals and sessions and hundreds of exclusive, never-before-published images, including photos by Ethan A. Russell and Linda McCartney. The Beatles: Get Back begins with a foreword written by Peter Jackson and an introduction by Hanif Kureishi. The book’s texts are edited by John Harris.

The book is illustrated, scrapbook style, with rare and previously unpublished photos by Ethan A. Russell and Linda McCartney, as well as never before published images of handwritten lyrics, session notes, sketches, Beatles correspondence, tape boxes, film frames, and more.

Let It Be Special Edition: Standard Edition and Picture Disc