Album This song officially appears on the Let It Be (Limited Edition) LP.

Mixing the "Get Back" album (1st compilation)

Recording "On Our Way Home"

Mixing "Two Of Us"

Remixing "Let It Be"

“Two of Us” is a 1969 song written by Paul McCartney and credited to the Lennon–McCartney partnership. The song was recorded by the Beatles on 31 January 1969.

The song’s title was used for the 2000 TV movie Two of Us, which depicts a fictionalized version of a 1976 reunion between McCartney and Lennon.

The song was originally titled “On Our Way Home”. Ian MacDonald claimed the lyrics (e.g.: “you and I have memories/longer than the road that stretches out ahead” or “you and me chasing paper/getting nowhere”) sounded like McCartney was probably addressing Lennon and contractual troubles. “You Never Give Me Your Money“, a different composition by McCartney from the previously released album, but recorded after Let It Be, Abbey Road, also refers to The Beatles’ contract with Allen Klein as “funny paper”.

An early performance of the song, in a guitar-driven rock style, can be seen in the Let It Be film. Unsatisfied with this style, which McCartney described as “chunky”, the band reworked the song around acoustic guitars. The Beatles performed a finished version of the song live at Apple Studios on 31 January 1969; this performance was included in both the Let It Be film and album. The clip was also broadcast on The Ed Sullivan Show on 1 March 1970 as the final appearance by the Beatles on the program.

In between several takes of the song on 24 January 1969, the band spontaneously started playing a hammed-up version of traditional Liverpudlian song “Maggie Mae“. The 38-second song would also end up on the Let It Be album, but is omitted in Let It Be… Naked. A version of Two of Us on the same day is released on Anthology 3.

In May 1969, McCartney produced a recording of the song using this title by the group Mortimer, a New York City trio that briefly recorded for Apple, but this recording was never released.

On the Let It Be album, producer Phil Spector added, as a spoken introduction to the song, a remark by Lennon, who says: “‘I Dig A Pygmy’ by Charles Hawtrey and the Deaf-Aids! Phase one, in which Doris gets her oats!” This intro was removed in the Let It Be… Naked version. […]

All my songs, I often do that, so they can be taken more than one way. Even though I was married and in love with Linda, I’ve never written a song, [improvises] ‘Me and Linda, going out driving…’ It’s awkward, I don’t think it works. So I’d be happier to go ‘two of us,’ and it becomes a bit of a mystery: ‘Which two did you mean?’

Linda used to drive out of London and liked to try and get lost. I remember we went out west one day until we hit countryside, the buildings went away, we’d park up and go into the woods and fields. I’ve got photos that Linda took of me sitting on the car with my guitar, doing that song. So it was that idea of two of us going nowhere. I don’t know what ‘spending someone’s hard-earned pay’ is, it’s just a line, doesn’t particularly mean anything to me. Or ‘burning matches, lifting latches’, there weren’t any matches or latches. It was just, ‘two of us doing stuff’, you could call that song.

Because John and I sang it, obviously then the interpretation would be, ‘Oh, those are the two of us’. It was basically about me and Linda. But when I sang it with John, it becomes about me and John.

I like that. […] I love that reinterpretation that songs do. It’s magical.

As a kid, I loved getting lost. I would say to my father, ‘Let’s get lost.’ But you could never seem to be able to get really lost. All signs would eventually lead back to New York or wherever we were staying. When I moved to England to be with Paul, we would put Martha, Paul’s sheepdog, in the back of the car and drive out of London. And as soon as we were on the open road, I’d say, ‘Let’s get lost,’ and we’d keep driving without looking at any signs. Hence the line in the song, ‘Two of us going nowhere’. Paul wrote that on one of those days out.

Linda McCartney – From “The Beatles: Off the Record” by Keith Badman

3:27 • Outtake • B • Stereo • Written by Paul and sung as a duet with John, Two Of Us captures the essence of the Get Back sessions: performed live - and carrying on despite intermittent feedback - the Beatles were both routining and recording at the same time, honing each song with constant re-playing. Here, the proximity of the two men at the microphone prompted Paul's "Take it, Phil" encouragement to John, a reference to the Everly Brothers who performed in a similar manner.

3:27 • Outtake • B2016 • Stereo • Written by Paul and sung as a duet with John, Two Of Us captures the essence of the Get Back sessions: performed live - and carrying on despite intermittent feedback - the Beatles were both routining and recording at the same time, honing each song with constant re-playing. Here, the proximity of the two men at the microphone prompted Paul's "Take it, Phil" encouragement to John, a reference to the Everly Brothers who performed in a similar manner.

On Our Way Home

3:06 • Studio version • E • This song was given to Mortimer by Paul McCartney, and was recorded by The Beatles as "Two Of Us".

See all official recordings containing “Two Of Us”

See all bootlegs containing “Two Of Us” 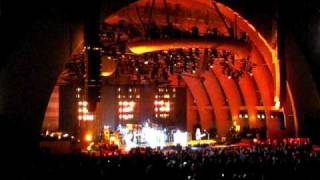 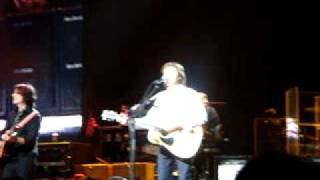 “Two Of Us” has been played in 23 concerts and 11 soundchecks.

Latest concerts where Two Of Us has been played

See all concerts where “Two Of Us” has been played