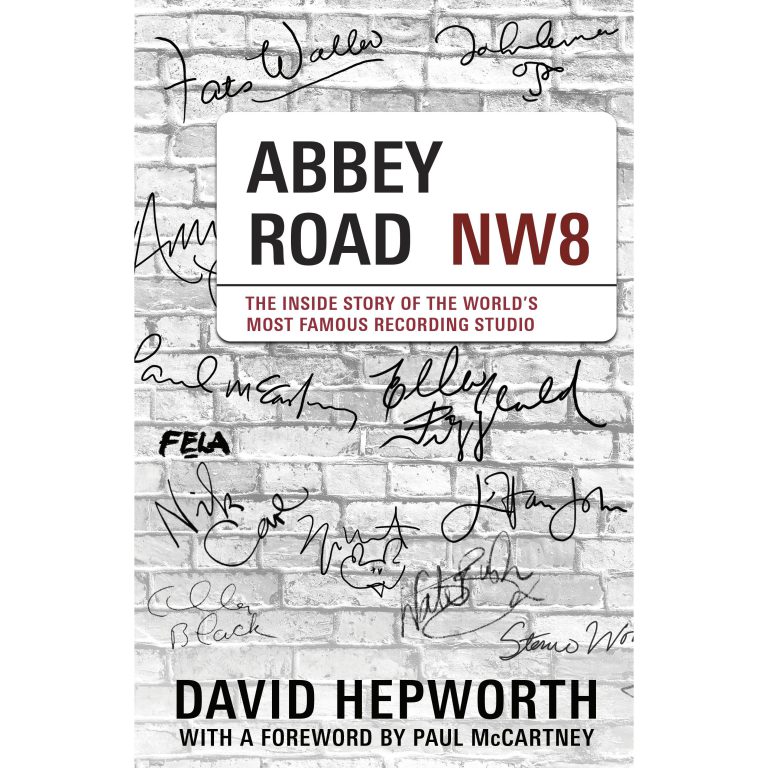 We are thrilled to announce the definitive exploration of our 90-year story by @DavidHepworth is coming on 6 October. Featuring a foreword by @PaulMcCartney , this book is the culmination of a huge amount of research and love.

With a foreword by Paul McCartney

‘We wanted to live the mystique of this legendary studio’ Kanye West
‘There are certain things that are mythical. Abbey Road is mythical’ Nile Rodgers

Many people will recognise the famous zebra crossing. Some visitors may have graffitied their name on its hallowed outer walls. Others might even have managed to penetrate the iron gates. But what draws in these thousands of fans here, year after year? What is it that really happens behind the doors of the most celebrated recording studio in the world?

It may have begun life as an affluent suburban house, but it soon became a creative hub renowned around the world as a place where great music, ground-breaking sounds and unforgettable tunes were forged – nothing less than a witness to, and a key participant in, the history of popular music itself.

What has been going on there for over ninety years has called for skills that are musical, creative, technical, mechanical, interpersonal, logistical, managerial, chemical and, romantics might be tempted add, close to magic.

This is for the people who believe in the magic.

David Hepworth has been writing, broadcasting and speaking about music and media since the seventies. He was involved in the launch and editing of magazines such as Smash Hits, Q, Mojo and The Word, among many others.