Recording "Being For The Benefit of Mr. Kite!"

Mixing "A Day In The Life", recording "Lovely Rita"

Recording "A Day In The Life", "Lucy In The Sky With Diamonds"

Recording and mixing "Lucy In The Sky With Diamonds"

Recording "Within You Without You"

Recording and mixing "Within You Without You"

Recording "Good Morning Good Morning" and "Being For The Benefit of Mr. Kite!"

Recording "With A Little Help From My Friends"

Recording and mixing "Within You Without You"

Mixing "Within You Without You"

Lucy In The Sky With Diamonds

Within You Without You

A Day In The Life

That’s true yeah. I did coke for about a year around that time. Coke and maybe some grass to balance it out. I was never completely crazy with cocaine. At first it seemed, OK, like anything that’s new and stimulating. When you start working your way through it, you start thinking, ‘’mmm, this is not so cool an idea,’’ especially when you start getting those come-downs. But, around the time of Pepper, we were all into one thing or another. We would sneak stuff into the studio, and we had to hide it from George Martin. George, bless him, was such a gentleman, so we´d never do anything like that in front of him. It was only later that we told him that some of the later albums had been drug-influenced. He had no idea. […]

There’s a wonderful evocative story about how The Beatles finishes Pepper and took the just-completed tapes over to Mama Cass’ flat in Chelsea, plating the album at the top volume just as dawn was breaking so that the entire neighborhood woke up to it.

It’s a dim recollection but I think that’s true, yea. The weekend we finished the album is bit of a blur. I just remember that we all felt so exhilarated. Pepper had taken six months to make – longer than any other album. When we first heard it back, we knew we’d pulled it off. We’d made something a little bit special something that would blow people’s minds. It was mind-blowing for us. To us, it wasn’t so much that it was a great album musically. It was more that it was an anthem for our generation. It was an album that marked the times and summed up the times. As it turned out., Pepper led the times as much as it marked the times. To get the grips with it, you had to spend time with it. It was influential in lots of ways, and not just musically. Suddenly, music writers had to find new ways to respond because, suddenly they weren’t dealing with Perry Como or whatever.

Paul McCartney, about the album sleeve:

We all just chose oddball things from everywhere and put them together. We all chose our own colours and our own materials: ‘You can’t have that, he’s having it…’

[…] We liked the idea of reaching out to the record-buyer, because of our memories of spending our own hard-earned cash and really loving anyone who gave us value for money. 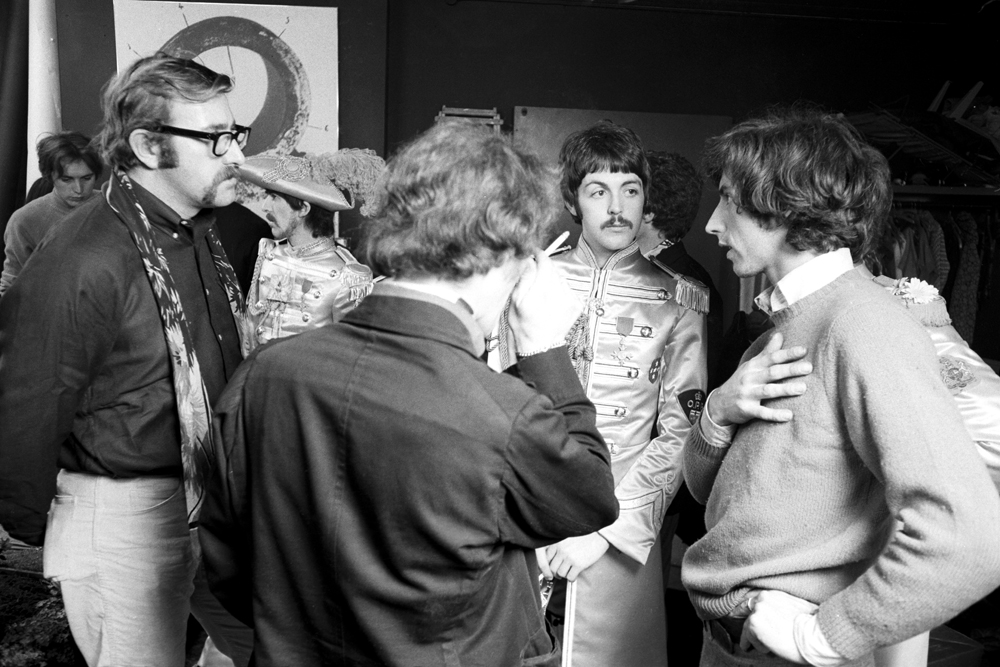 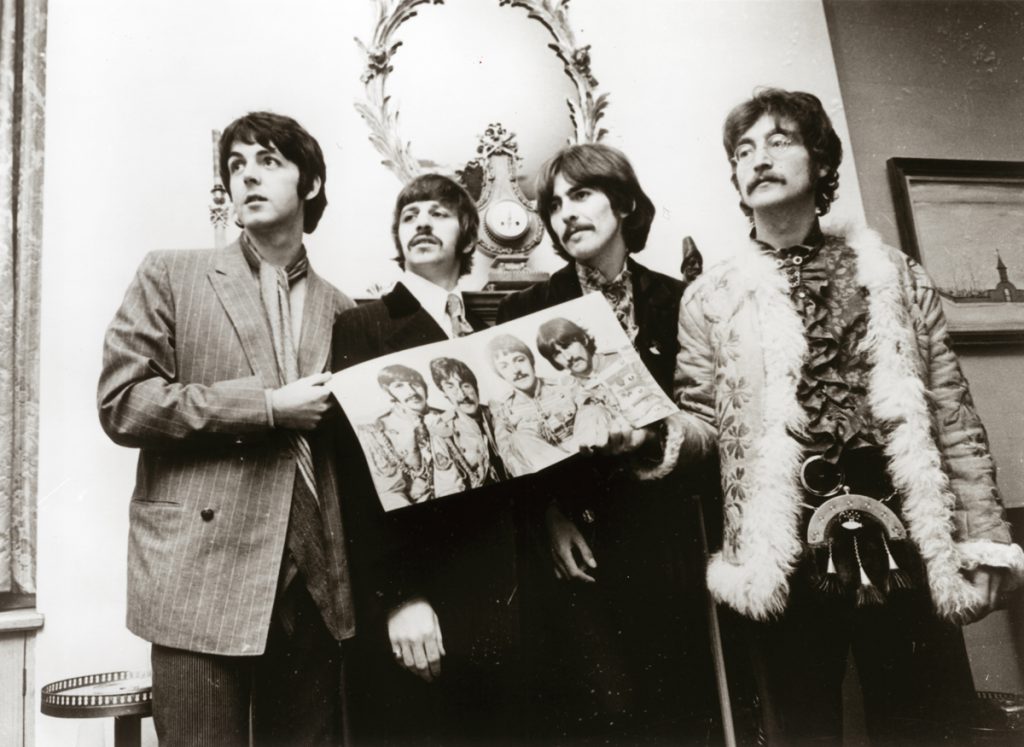 ‘The Beatles And The Lonely Hearts Club Band’ – from thebeatles.com 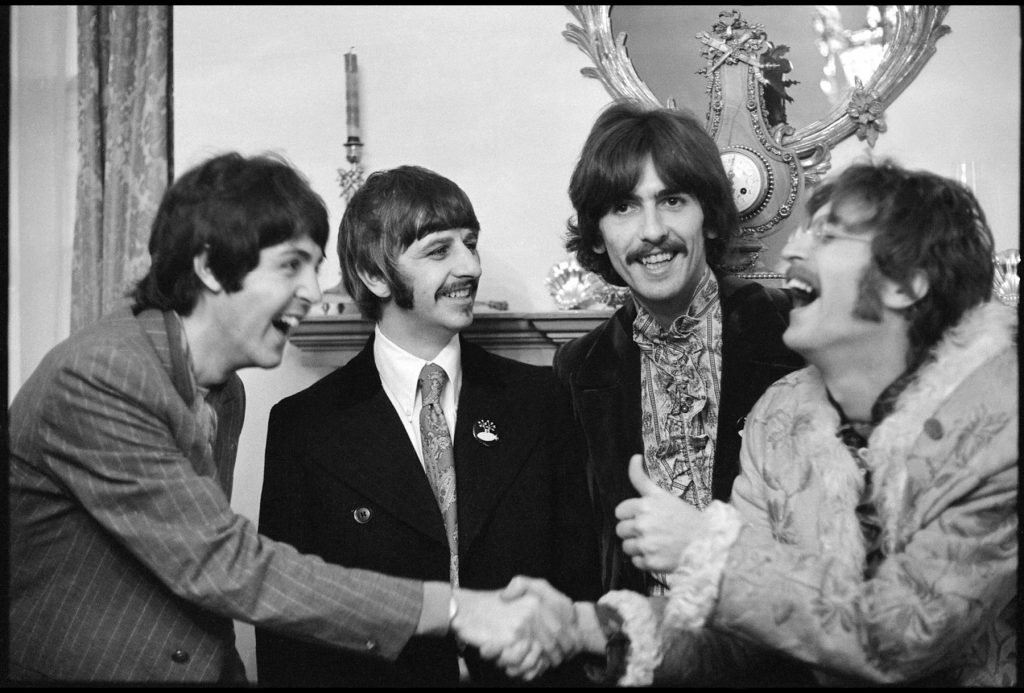