As if the hype for Monday night’s Paul McCartney concert at the Denny Sanford Premier Center wasn’t big enough, he set the bar even higher by opening with two rockers in quick succession.

“Good evening, Sioux Falls,” he told more than 11,000 fans in attendance. “I have a feeling we are going to have a big party in this place tonight.”

Indeed. The Premier Center has been open for less than two years, but the facility will have a hard time topping the experience of hosting a former Beatle.

The venue made it a more intimate setting than most of his concerts — it has to be one of the smallest gigs he has ever played as part of a normal tour. That made every moment all the more special. It didn’t feel like just another stop on a mega tour, at least for this fan in attendance. McCartney has a way of making the audience feel special.

Fans who’ve seen McCartney a few times will have gotten used to the formula of his shows. A lot of the stories and audience interactions are repeated from night to night, but not once Monday did it seem like a chore to McCartney, who despite cashing a huge check on nights like these, wouldn’t have to perform if he didn’t want to. You can tell he truly enjoys it.

McCartney also read signs from the audience after saying how they distract him. One man had a sign that read “I wanna propose to Paul.”

“That’s not the way it works,” McCartney said, to laughter.

The sign of a young boy and his mother gave one family a story of a lifetime, however. “Simon says sign my mom, I’m Simon” got the mother and son a trip to the stage later in the show. McCartney picked up Simon and gave the mother, Michelle, a hug. “I think we ought to have a group hug,” McCartney said as the crowd cheered.

Michelle also got her armed signed, and she touched McCartney’s arm, to the applause of the audience. It was a wonderful unscripted moment.

Unfortunately, the audience wasn’t treated to “Rocky Raccoon” which has a reference to the Black Hills of Dakota. McCartney was quick to point out where he was, however, and he didn’t once fall into the trap of calling Sioux Falls “Sioux City,” perhaps because, being a newcomer, he had never heard of either places before.

“Thank you good people of Sioux Falls,” he said after “Queenie Eye” on the psychedelic piano.

“I’ve got a feeling, Sioux Falls, South Dakota,” he said after, of course, the Beatles song “I’ve Got a Feeling.”

Later he asked the audience to cheer if they were from Sioux Falls. Then South Dakota. Then outside the state. There was a loud ovation. […] 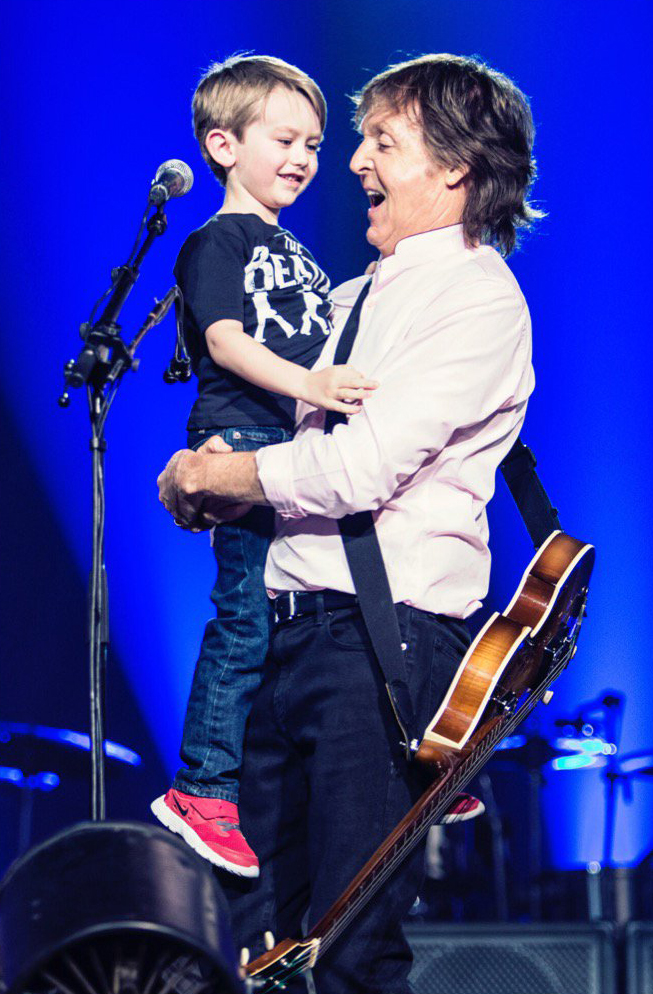 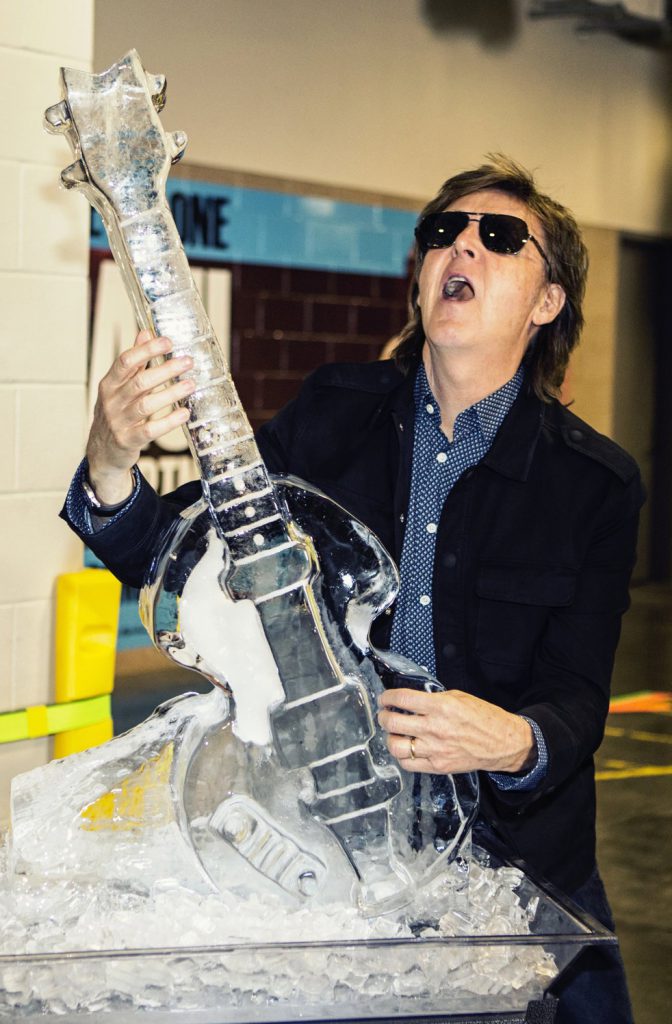 From Twitter: Playing it cool in Sioux Falls #OneOnOne

This was the 1st and only concert played at Denny Sanford Premier Center.