OK, that’s a little dramatic. But the singer’s pyrotechnic effects for “Live and Let Die” literally set aflame the steel bars atop the righthand side of the stage. The blaze only licked a couple feet upward, but that was high enough under the Teflon-coated dometop for fans to point and panic a little.

A Dome staffer scampered up the side-stage ladder to swat the fire into submission, showering the stage below with glowing sparks. Several first-responders quickly blasted the embers with fire extinguishers while McCartney happily played “Hey Jude.”

Oh, and the music sizzled too.

Two of the greatest songwriters of the last century visited Syracuse within the last few months: McCartney and Bob Dylan. This review won’t compare both shows. They’re purposefully different performers and people. But while McCartney, 75, is just one year younger than Dylan, he might as well be half his age.

And unlike the grumpy, detached Dylan, the playful, animated McCartney seemed sincerely happy to be in the Carrier Dome, which he knows from seeing “many basketball matches” there.

Those little touches meant a lot to this crowd. The fans knew they were seeing a living legend at the Dome, who didn’t need to care about Syracuse or personalize his set for anyone. But he did. He joked about his hometown of Liverpool (“Not the Liverpool here,” he smirked. “The other one.”) and read aloud from fans’ homemade signs.

[…] Syracuse waited 24 years for McCartney to finally play at the Carrier Dome, after canceling a scheduled show in 1993. Fans knew it would be a triumphant return, but they didn’t know he’d actually leave the Dome smoking. […] 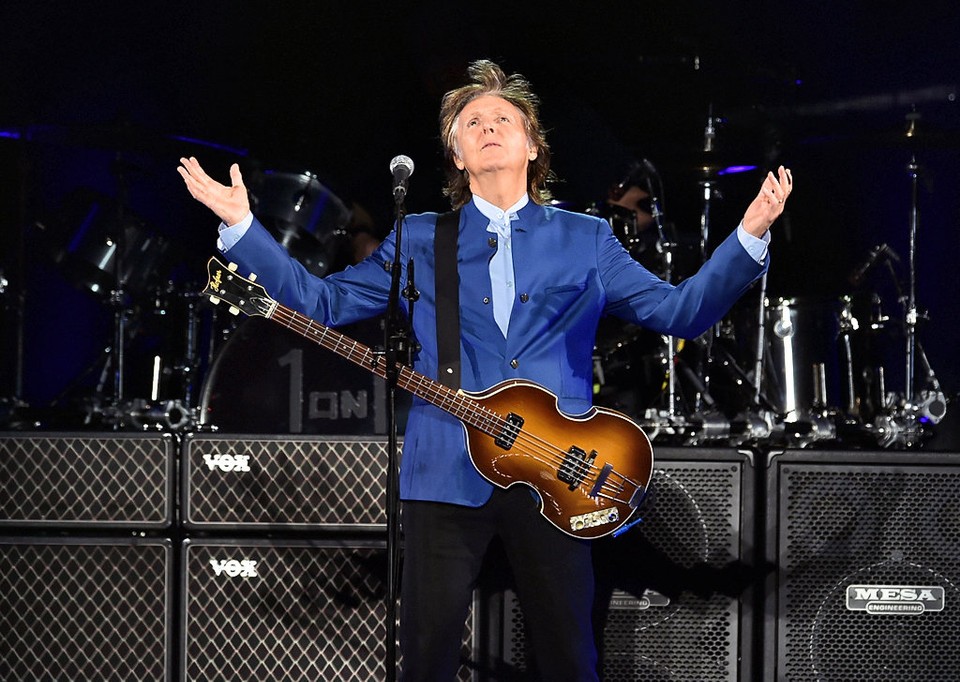 This was the 1st and only concert played at Carrier Dome.