See all concerts in Argentina on the map

After the second show which was also a total smash, I have an opportunity to ask Paul about his week in Argentina. Clearly buzzing from the experience, Paul tells me: “We’ve had a brilliant week. I always love coming here. There is a great tradition of music here and it helps us knowing they love it. It inspires us and spurs us on to do better. I was surprised that the audiences were predominantly young, which is great because they come to the shows to party – I expected to see a few more people my age! It’s great though, as it means you are appealing to the next generation. It was amazing in the stadiums we played when they put the house lights up and you could see the people at the back going crazy too. It’s really gratifying.”

As this particular trip comes to a close, it is apparent to the team that we have been lucky enough to witness first hand such a special and historic week for Argentina. It is one that people will be talking about for years to come, and in the case of Leila for a lifetime. It may inspire her to a musical career of her own – and we may have found a stand-in for the next time Paul plays here if one is ever needed. It is also clear from the audience reaction, that it isn’t just Leila whose evening was the stuff of dreams. That is the case for the hundreds of thousands of fans who managed to get tickets for this leg of the tour too.

In my role as publicist I’m lucky enough to meet some amazing music journalists from around the world. On our trips to South America over the past decade, Clarin’s Eduardo Slusarczuk has been one of these. Eduardo took his young children to the show, as well as his older brother. As we wind up our trip, he emails me to say: “I’m still trying absorb the emotions I experienced before, during and after the shows.”  I know exactly how he feels.

Last night Paul played the Estadio Unico de la Plata in Buenos Aires, Argentina as part of his new #‎OneOnOne tour. Watch a clip of Paul and the crowd singing ‘Hey Jude’ from the stadium. 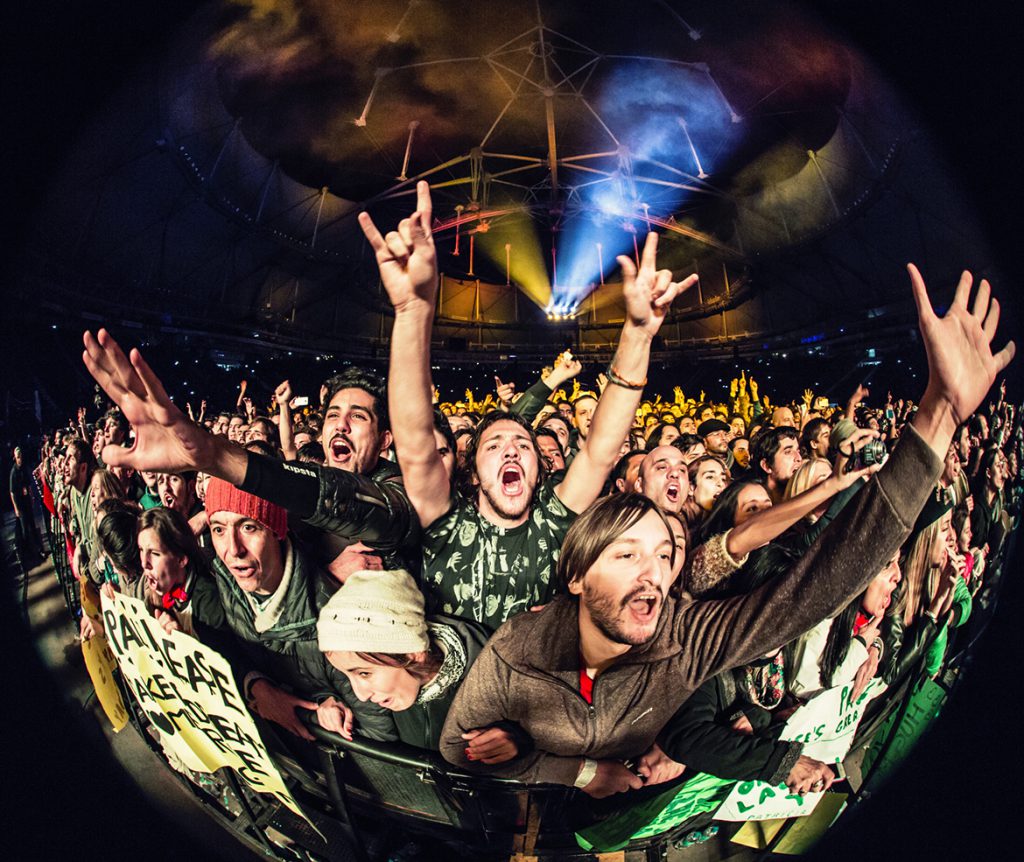 Paul McCartney One On One tour 2016 – Buenos Aires is Rock-iando! Adios Argentina.

This was the 2nd concert played at Estadio Unico de la Plata.