See all concerts in Argentina on the map

After the excitement of Cordoba, the bar has been ratcheted up so high for the next show in Buenos Aires. I start the day with my usual tour routine: a walk around the hotel neighbourhood to check the newsstands. In my pursuit of newspapers, I’m impressed with the high visibility of Paul’s presence – there are gig posters all over the place, as well as some which seem to have random song titles! I’m delighted when I find a newspaper kiosk to discover my boss has a heavy presence; in fact, he appears to be dominating the local news agenda.

Tonight Paul makes a dream come true for a ten-year old girl in the audience at the Ciudad de La Plata Stadium; indeed, young Leila Lacase will remember this night for the rest of her life. Towards the end of an incredible show, where the enchanted audience broke into spontaneous chanting at least five times, Paul spots Leila’s sign which reads: “Sign my monkey.” Intrigued and impressed, he invites her onstage with her mother, and asks if he can indeed add his signature. “No, I want to play bass with you,” she replies. Game for a bit of spontaneity, Paul hands her the instrument and they perform ‘Get Back’ together. (In the days to follow Leila is all over the TV news and makes several newspaper covers).

Paul has been inviting fans on stage at almost every show recently. This has led to fans around the world trying desperately to catch his eye, with signs as far as the eye can see, explaining why they should be chosen. Of course, none of this is predetermined; Paul simply makes his mind up on the night.

Back in La Plata, there is plenty to remember alongside Leila’s star-turn, with Paul giving his all for 55,000 people and the reviews match his performance. This may be his third visit to Buenos Aires, but the appetite of fans shows no sign of diminishing. Clarin reports, “A genius in La Plata – Macca stirred up a storm”, while La Nacion declares: “Not even all of the information circulating the Internet, or the experiences shared on social networks from his show in Cordoba or anywhere else in the world could tell the story of this night. They couldn’t even give us a clue of what we would feel when Sir Paul actually entered the stage.”

To exit the stadium at the end of the show, Paul and the band have to walk up a very steep ramp of 50 metres or so to the tour bus. I am flabbergasted to see Paul sprinting – yes,sprinting – up that incline after almost three hours of intense performance. I walked it earlier in the day a couple of times and it is not easy. Yet not only is Paul hurtling up, you can see that (and I’m putting myself at personal risk by typing this out for the world to see) the super-fit security team are having trouble keeping pace.

A 10-year-old Argentinean girl had a special request for Paul McCartney during his concert last night (May 17) at La Plata Stadium in Buenos Aires. Leila, who was invited by McCartney onstage, asked if she could play bass with him instead of getting her teddy bear signed.

“This could be interesting … I didn’t see this coming,” said the McCartney as they handed the young fan a guitar. They then sang an impromptu duet of The Beatles’ 1969 single “Get Back.”

After their rendition of the track, the 73-year-old musician thanked Leila and her mom, who was also invited onstage, in Spanish. […] 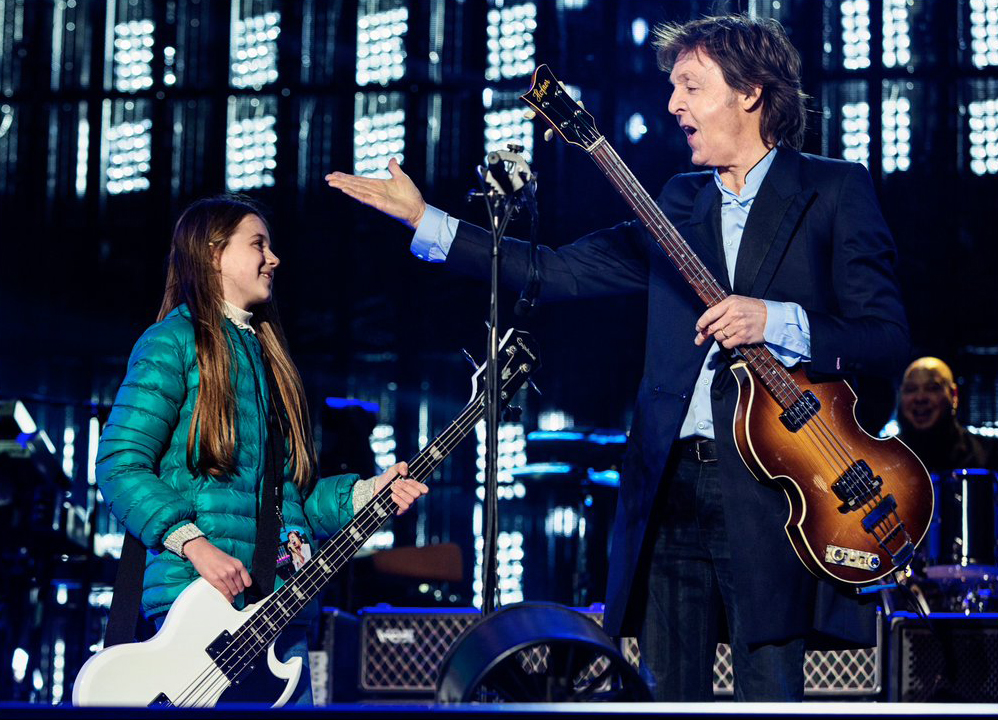 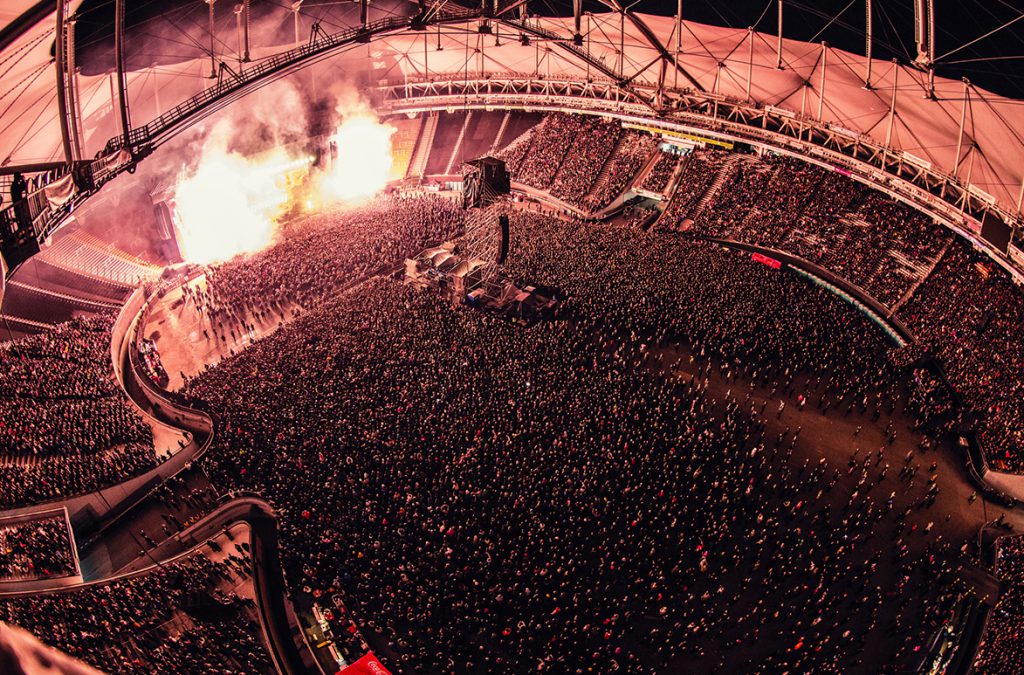 Paul McCartney One On One tour 2016 – Paul’s ‘One On One’ tour at the Estadio Unico de la Plata, Buenos Aires

This was the 1st concert played at Estadio Unico de la Plata.

I was there for the first time since his first visit to Argentina, I was able to go see him. I cannot describe what I felt that night, from my long list of recitals, this was for several reasons the best and most emotional I went to, and there is no way that someone else will match it. Note aside is having gone with my oldest son, a fan of The Beatles on his own merit.

The PaulMcCartney Project 4 months ago

Thanks @diego to have shared your memories !!