See all concerts in Denmark on the map

Herning has gone into Macca overdrive. To herald Paul’s arrival, makeshift stages have been assembled around the city hosting tribute acts such as ReCartney (self-styled as “Europe’s finest Paul McCartney & Beatles tribute show”), Beat The Meetles, Sgt Pepper and Ticket To Ride to name a few, all playing their own sets to warm up the visitors who are descending.

We are all still on a high from the dreamlike experience of Paul’s charity pub gig. But today it’s back to entertaining tens of thousands of people, rather than the hundred or so people who watched under canvas! Post-soundcheck, I chat to Paul about the tent experience and he tells me he was getting a bit nervous that Chris Evans had been winding the crowd up a bit too much before his appearance by playing songs like ‘Uptown Funk’. I laugh and say he really had nothing to worry about! But I think it is amazing that a guy who has achieved so much, still feels like this. He never takes anything for granted. Let it be a lesson to us all in our professional lives.

Well, as is the norm for this tour, it’s raining again, but it doesn’t matter because the show is indoors tonight and as England’s football team are letting the nation down, losing to Iceland in a woeful performance, one British man at least is excelling in his field in Europe and giving everything, with another performance of a lifetime. 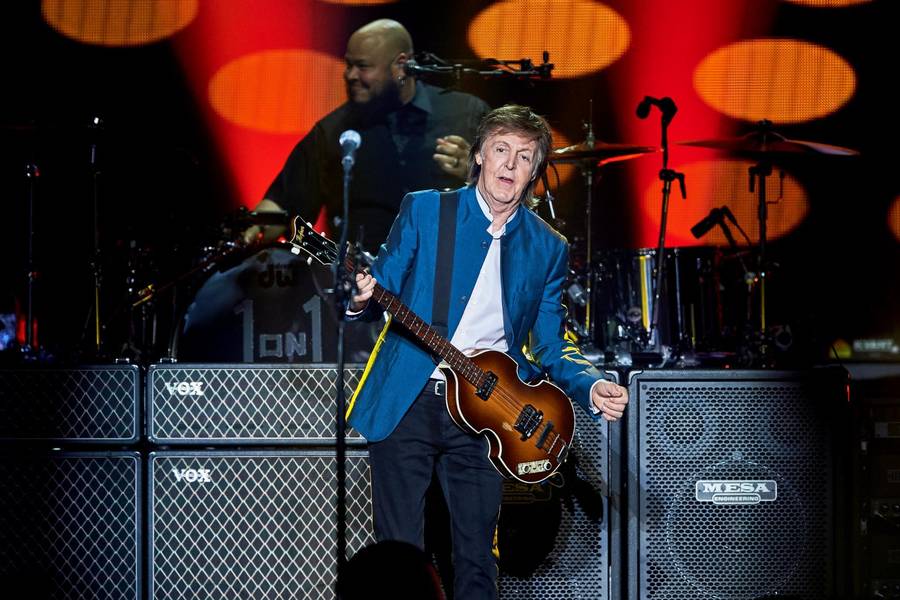 This was the 1st and only concert played at Jyske Bank Boxen.