See all concerts in Germany on the map

Timeline See what happened in 2016

The former Beatle showed his support and solidarity for the 49 men and women who were shot and killed at gay nightclub Pulse on Sunday during his concert on Tuesday night.

Met by a cheering crowd, the 73-year-old walked out on stage for his encore carrying a huge rainbow flag.

Holding it up for his fans to see, McCartney shouted: “We stand together with Orlando.”

The music icon later draped the flag around him as he performed for the audience at Berlin’s Waldbühne.

McCartney is just one of a number of high profile stars who have spoken out in support of the victims following Sunday morning’s horrific attack. […]

Once more to Germany for the third and final visit of these dates, this time in the beautiful forest setting of the Waldbühne, a Greek-style amphitheatre, commissioned for the 1936 Olympics which has hosted boxing matches and performances by stars as varied as Jimi Hendrix, Depeche Mode and the Berlin Philharmonic. Predictably, I must mention the weather. It has, of course, been raining heavily in the days leading up to this show, and today’s morning showers suggest it has all the makings of another drenching. But just as Paul arrives, the clouds disperse and all of a sudden, it’s a beautiful summer afternoon, which slides into a delightful evening.

The stage is thankfully not awash with rain, but it is awash with highlights, the most poignant moment coming when Paul takes the stage towards the end of the concert draped in a rainbow flag and tells the audience (in German): “We stand together with Orlando.” It is incredible to think that 80 years ago on this site very different messages, of intolerance and hate, were being delivered to the audience. Tonight it is all about peace, love and friendship.

This gesture of solidarity goes around the world on TV shows, in print and shared by millions on social media. Dan Wootton, the entertainment editor at The Sun newspaper, writes: “I didn’t think Beatles legend Paul McCartney could go any higher in my estimation, but he found a way when he paid tribute to the victims of the despicable terrorist attack.”

Following the show, PR man Stefan sends me an email which reads: “I cannot remember a tour that received so many fantastic reviews, full of enthusiasm, praise and the highest respect. It’s been a pleasure.” 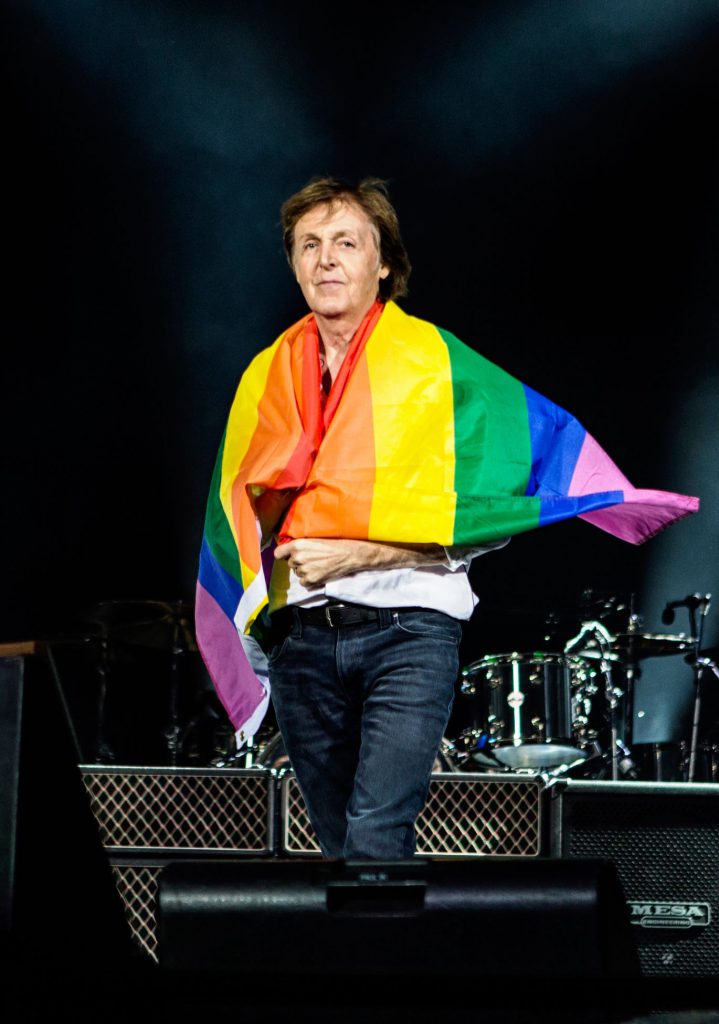 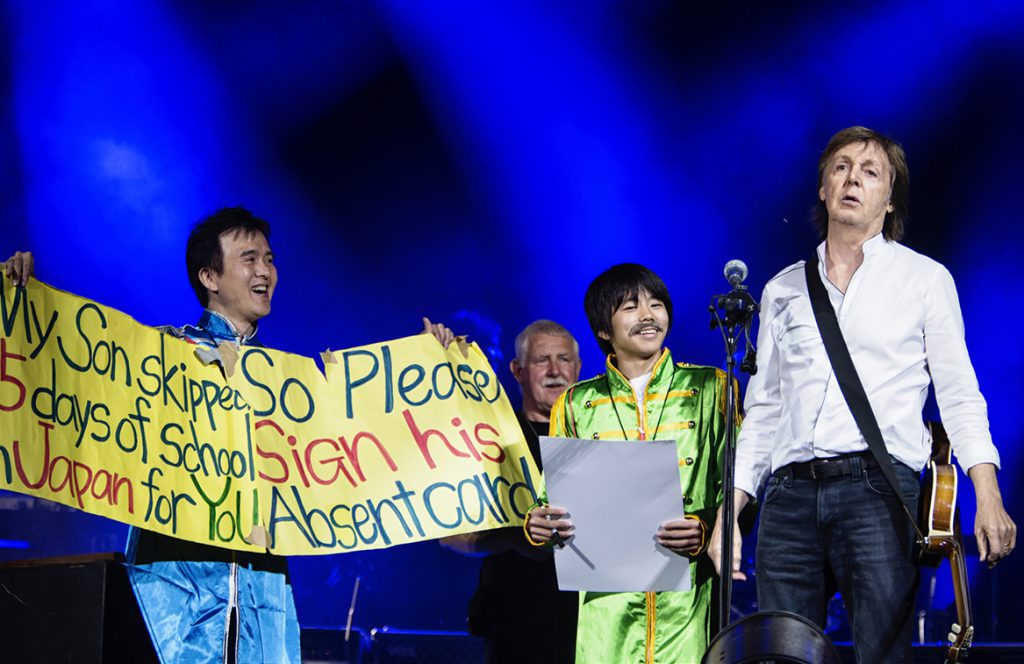 Paul McCartney One On One tour 2016 – Paul signs an ‘absent card’ for a young fan, Berlin

This was the 1st and only concert played at Waldbuhne .