See all concerts in Czech Republic on the map

“Are you here for the Paul McCartney show,” a fellow British hotel guest asks me as I’m running out to grab an early morning coffee and scour the newsstands for pre-show coverage, which has become my tour routine. “Yes”, I reply. “Same here” , says the man whom I estimate to be around 40. I’m not entirely sure if it was the McCartney t-shirt or the Wings badge on his jacket that gave it away but I had kinda guessed he might be heading to the show! “I hear he might be staying at this hotel,” he continues. “Wow,” I say, knowing full well Paul is elsewhere. “Have you seen the show before?” he probes. “Erm, yeah a few times,” I say (underplaying the fact I’ve seen the show hundreds of times but I don’t want to brag or outshine his gig-going achievements). “Me too”, my new friend continues, “but I’ve not seen this tour yet. I’m so excited.”  I make my excuses and continue on my mission for news and coffee.

So, on to show time. The 38-song set includes ‘In Spite Of All The Danger’, which as many will know, dates back to Paul’s earliest musical incarnation in The Quarrymen alongside John Lennon and George Harrison which has been rolled out for many of the dates on this tour. It was first recorded on one acetate copy in 1958, but was mothballed for decades until being revived for Paul’s 2004 tour and is now back on the setlist once again. As if Paul needs to endear himself to the crowd any more, he does so by speaking to the crowd in Czech (is there any language he won’t try? Whatever next, Norwegian?). As one paper puts it, “He has a sort of old school politeness and charm. You particularly engage with it as he speaks Czech”, while another declares: “His concert is an unforgettable experience for not just fans of The Beatles and everything Paul has done since, but for fans of music.” 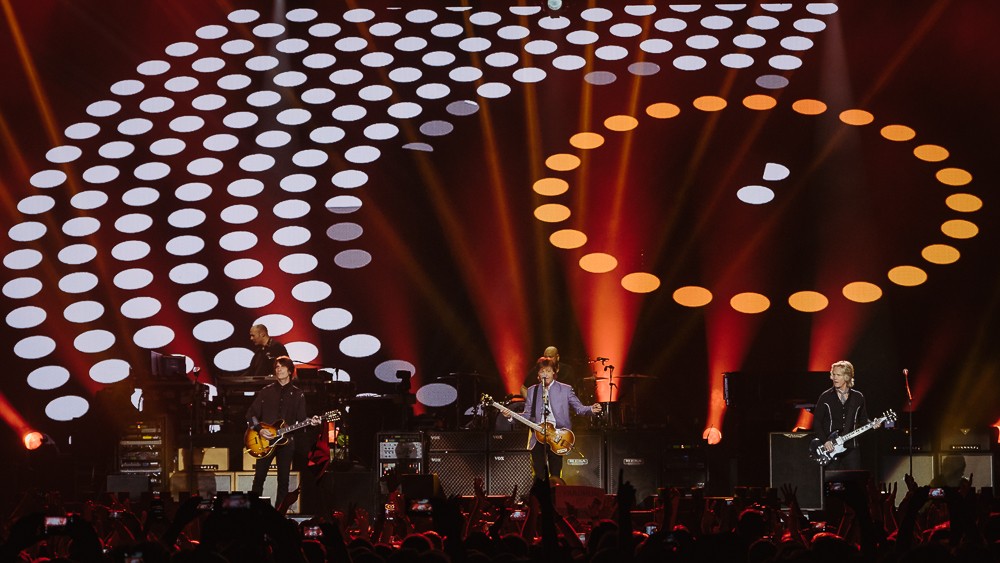 This was the 1st and only concert played at O2 Arena.