Becky Peters was 15 when The Beatles performed at Dodger Stadium in 1966 — and she wasn’t anywhere in the crowd.

“My parents wouldn’t let me go,” she said.

Now 63, the Downey native wasn’t going to miss out on another historic performance.

Former Beatles front man Paul McCartney performed a sold-out concert on Sunday night as part of his Out There tour, marking his first return to the iconic stadium since The Beatles’ penultimate concert on Aug. 28, 1966.

“Dodger Stadium? I haven’t been here for a while,” McCartney said, pausing to listen to the sound of more than 50,000 cheering fans.

“When we were last here, we probably did this next song,” and with that, he went right into “All My Loving.”

As promised, McCartney performed a much longer set than the 27-minute Beatles show 48 years ago. During the nearly three-hour concert, McCartney did one song shy of 40 hits, taking fans down memory lane from his days with The Beatles and Wings to tracks off his 16th studio album, “New.”

The 72-year-old — who still makes the ladies swoon — rarely took breaks, if only to tell hilarious stories about his legendary friends, such as the late Jimi Hendrix and George Harrison.

“It’s amazing to be back in Dodger Stadium. It’s pretty difficult to think we played here in 1966,” McCartney told the crowd. “And you know what? There are few people in the audience who were here in 1966. Come on, girls, let’s hear the screams!” […] 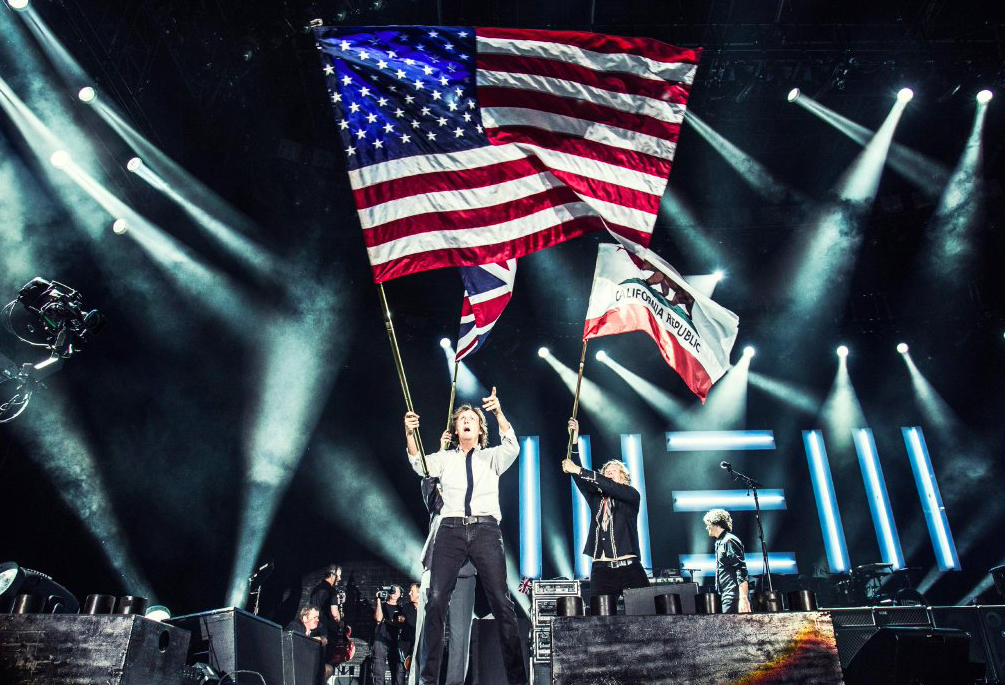 From Twitter: Thank you for an unforgettable evening, Los Angeles!

This was the 2nd concert played at Dodger Stadium.