See all concerts in Germany on the map

And so we are back in Germany for a further date (sometimes we can zigzag all over the place during a tour). As so often happens during a series of shows, the big concern as the date draws near is the weather, because this was another massive outdoor concert. On that front (no pun intended), Europe is having no luck this summer. On the eve of the show last night, Paul called me when I was en route between airport and hotel. “How’s the weather?”he asks after saying how beautiful it is in the UK. I was reluctant to tell him how bad it was, with rain as far as the eye can see, so I pointed out that all the forecasts were predicting it would all clear up and become a beautiful day come the big event. Sure enough, almost 24 hours later when Paul arrives the sun has broken through and it’s a beautiful, warm summer day. “The first in weeks,” the local PR Stefan assures me. When Paul jumps from his car, I point out the sunshine and with his typical humour, he tells me: “Yeah, I towed it all the way from England!”

Paul showcases his admirable German skills once again, after opening with ‘A Hard Day’s Night’ and ‘Save Us’ by telling the crowd: “Es ist toll wieder hier zu sein nach so langer Zeit(It’s great to be back here after all this time)!”

Over to Munich’s local paper TZ, which sings Paul’s praises for the performance: “Paul honours us with his visit as he enthralls the Olympia Stadium. Three generations rejoice when ‘Macca’ enters the stage with his iconic bass, dressed in a blue coat, still with youthful vigour and with the charm of a little rascal. ‘Servus (hello) München!’ he shouts.” 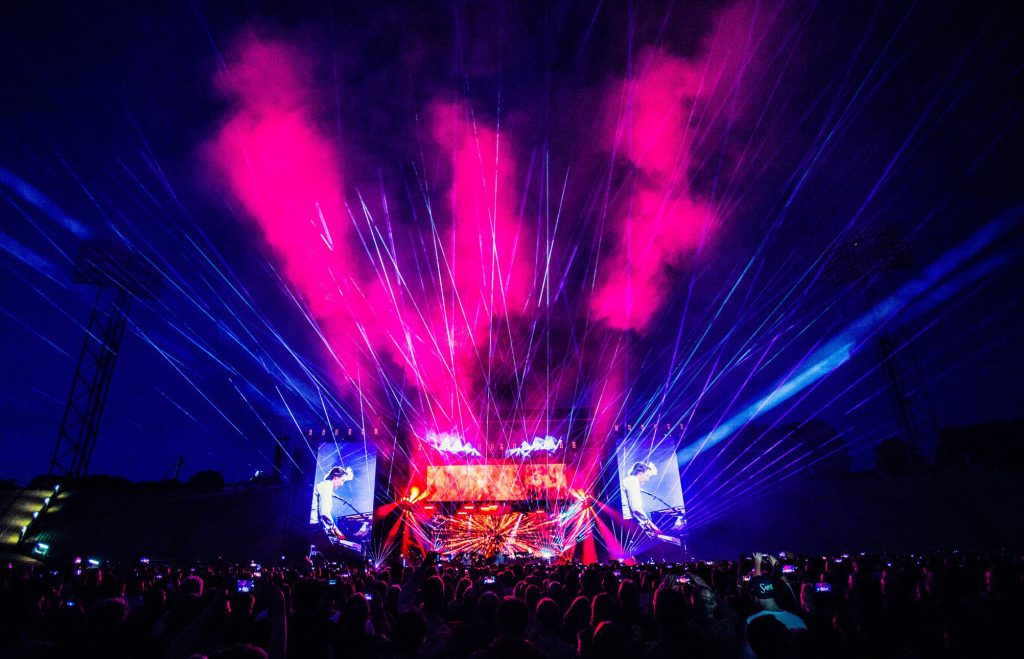 From Twitter: Now that’s what I call a Rock Show! #OneOnOne in Munich 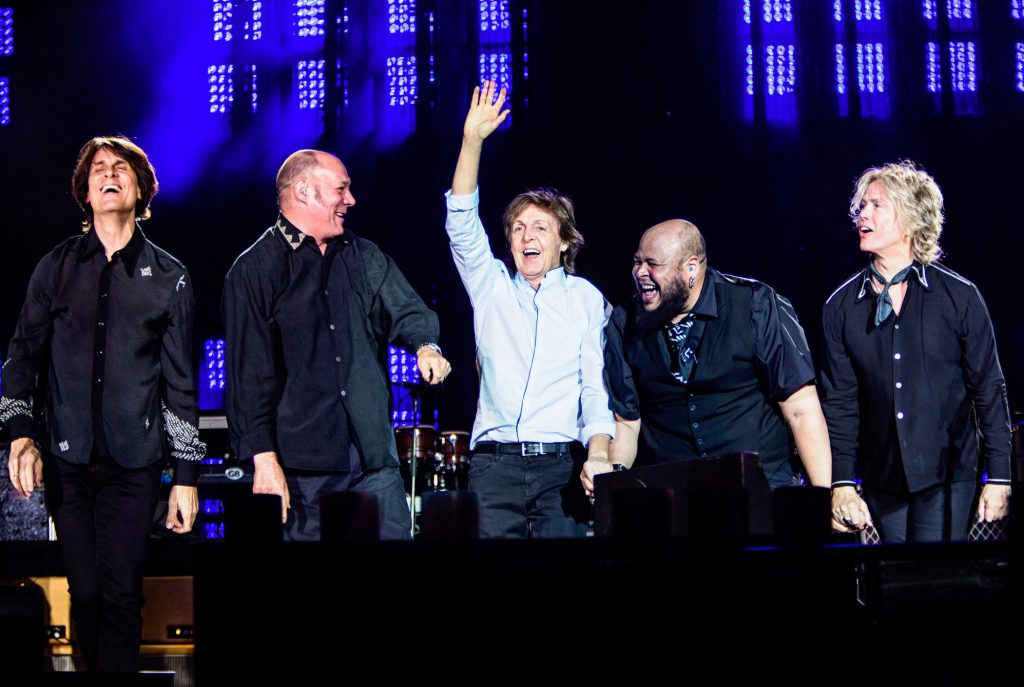 This was the 1st and only concert played at Olympic Stadium.

(some other songs - piano & acoustic guitar)