See all concerts in Spain on the map

Paul McCartney has held his long-awaited concert in Madrid, dazzling fans of all ages with exciting and timeless songs that helped shape pop music.

Reconciled with his Beatles past, the Briton offered over two and a half hours of good vibes, 40 songs and six decades of experience from the early years of the Fab Four to FourFiveSeconds, a recent collaboration with Rihanna and Kanye West.

McCartney did not forget his time with his band Wings or the mythical years with The Beatles, the backbone of this One on One tour, in which he played two dozen hits from Love me do to Hey Jude, one of the most recorded songs in history.

A nearly full Vicente Calderon stadium hosted a party that was even a rarer occasion in Madrid than celebrating a European Cup: Paul McCartney’s visit, twelve years after his last gig in Spain. […]

This show is Paul’s first return to Spain since the summer of 2004 and in contrast to Paris, only days ago, it’s not raining! The rain in Spain may fall mainly on the plain, but thankfully not while we are here.

“This is a national event”, a local PR guy says of Paul’s visit. Seeing the excitement all around, I can only agree. Although I might go a step further and declare this to be an international event because, as we will see, this show attracts global attention. In the build up to this visit, Paul has appeared on the cover of El Pais’s weekly supplement, as well as being the cover star of monthly music magazine Ruta 66, so the awareness levels are high. Paul’s tour photographer MJ and I go for a walk around the city to take in the atmosphere and you can sense the excitement. It is always an amazing feeling as we go on these tours to hit one city after another where the buzz is all around you – and it is even more incredible to know that you are part of something which means so much to so many.

Located in the heart of Madrid, tonight’s venue is the huge Vicente Calderón Stadium. It is home to Atletico Madrid FC who suffered their own heartache a few days earlier, losing on penalties in the UEFA Champion’s League Final to local rivals Real Madrid. Tonight though is a celebration and feels like a glorious victory to all those present helping to banish the blues for any Atletico fans in the crowd.

We see another marriage proposal towards the end of the show and this one goes global. “I’ll only say yes on stage in front of you, sir,” says a sign in the audience, which Paul reads out. How can he ignore that?  Paul invites Ruben and Marina to share the stage, asking them: “Do you want to do it now live on stage?” Ruben gets down on one knee and does just that. A fitting roar of delight as Mariana agrees, then Paul signs their arms and gives them a huge hug. Another magic Macca moment – and two fans who simply can’t believe what is happening. 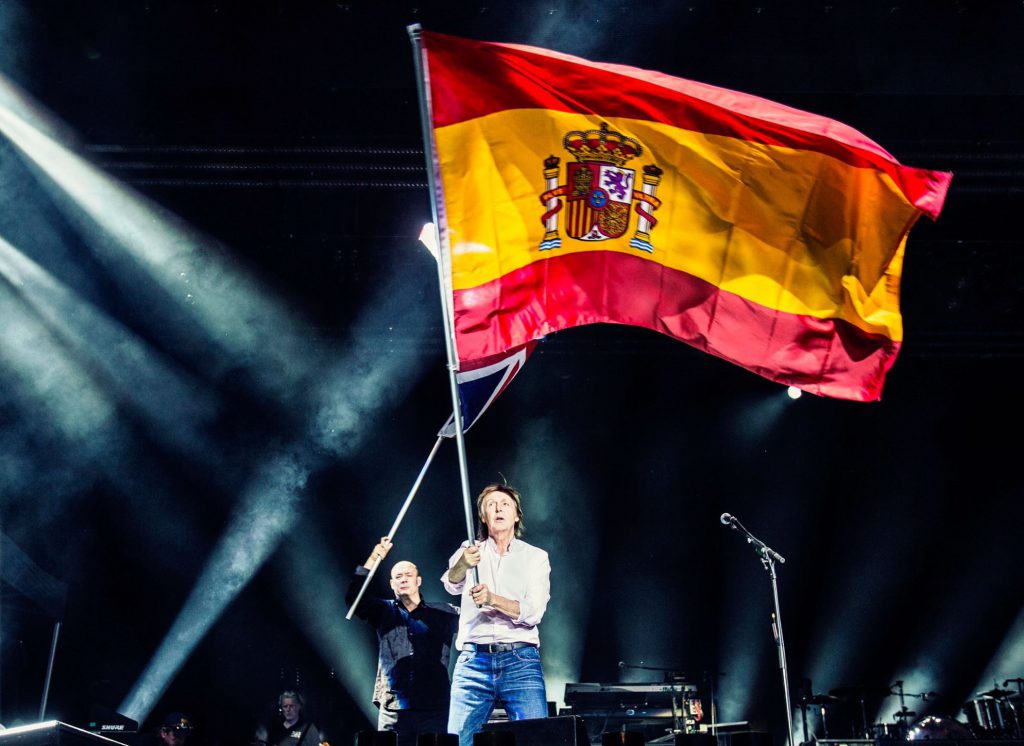 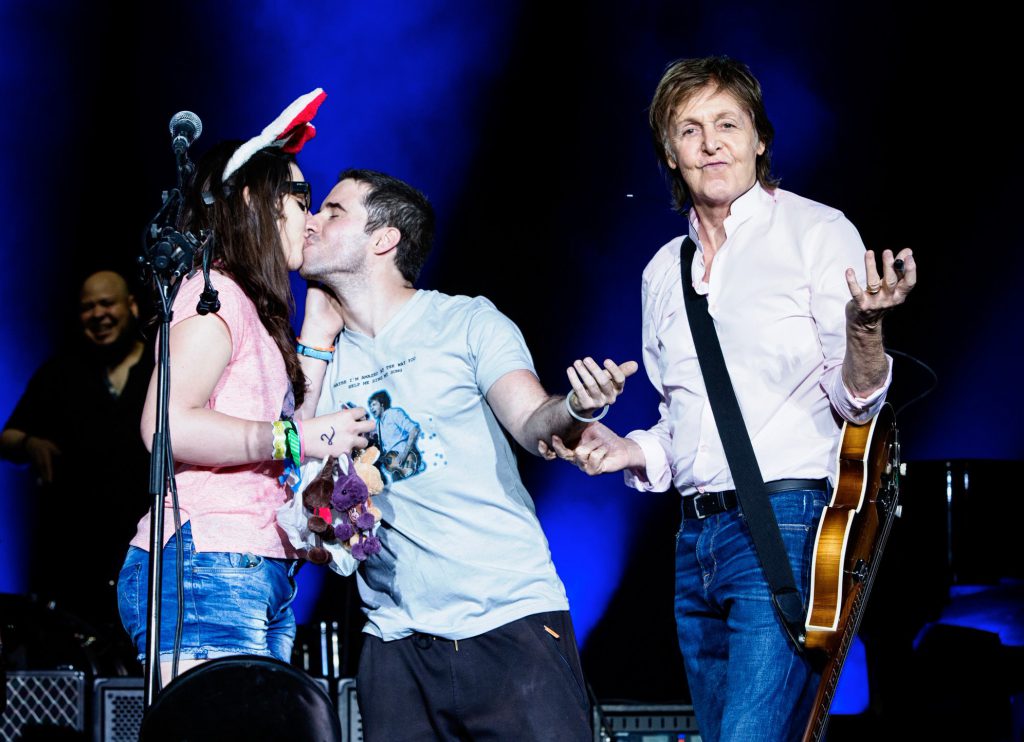 From Facebook – Engagements R us! Congratulations to Rubén and Marina in Madrid ‪#‎OneOneOne‬

This was the 1st and only concert played at Vicente Calderon Stadium.

I was there. My second Macca concert. It was great too. Though he obviously looked much older. His voice was not as tight as in 2004 but I loved it too. Great show. The best moment was "Obladi Oblada".