Here is a short review (and some photos) of the Paris concert I had the privilege to join (soundcheck included!).

On the plus side:

On the minus side:

A few things to add:

Paris is wet. It’s been raining here for something like a week straight (and indeed, shortly after we leave, we see the heartbreaking images of the floods which will go on to engulf the city). My day starts with great excitement to see Paul on the cover of Le Parisien newspaper – always a joy for a publicist, so long as it is for the right reasons, which this is, of course! In the days leading up to the show Paul has done an interview with the paper’s music writer Eric Bureau, and this is the result.

Tonight Paul is rocking out the newly refurbished Bercy (where Paul kicked off the European leg of his 2003 ‘Back In The World’ tour, when it was known as the Palais Omnisports de Paris) and the crackling atmosphere is totally at odds with the disheartening dampness outside. It’s almost exactly a year to the day since Paul played a massive show at the 80,000-capacity Stade De France, and this performance has the feel of an intimate club gig in comparison, even though it is still to a sold-out audience of 20,000.

Paul’s shows are often emotional evenings, but this is even more so. In a reference to the attacks in the city last November, he explains: “I always love to come and play, but this time is really special.” He then begins ‘Michelle’ (“the only song I know in French”), with giant screens behind him showing majestic images of the city at its finest. The full house then sings ‘La Marseillaise’ – which The Beatles famously incorporated into ‘All You Need Is Love’ – to which Paul jokingly adds: “God Save The Queen!”

As midnight approaches, a pair of fans – Clemence and Nicolas – are invited on stage where Paul makes an unforgettable night even more so, with a marriage proposal as the crowd looks on. Both teary-eyed and overcome with the occasion, 20,000 people cheer them on. All you need is love indeed.

It all adds to the spectacle. Le Point will go on to report: “And the God of rock created Paul McCartney! One year after his show in the Stade De France, the ex-Beatle gave us the same historical repertoire, with an unflinching inner fire, that seriously makes us think that Sir McCartney, 74 in June 2016, is not a human. He’s a superhuman because at his age he still wears slim jeans (that fit him well!) and performs a 2h 45m show without drinking water or stopping for a break (thanks to the vegetarian diet!)” 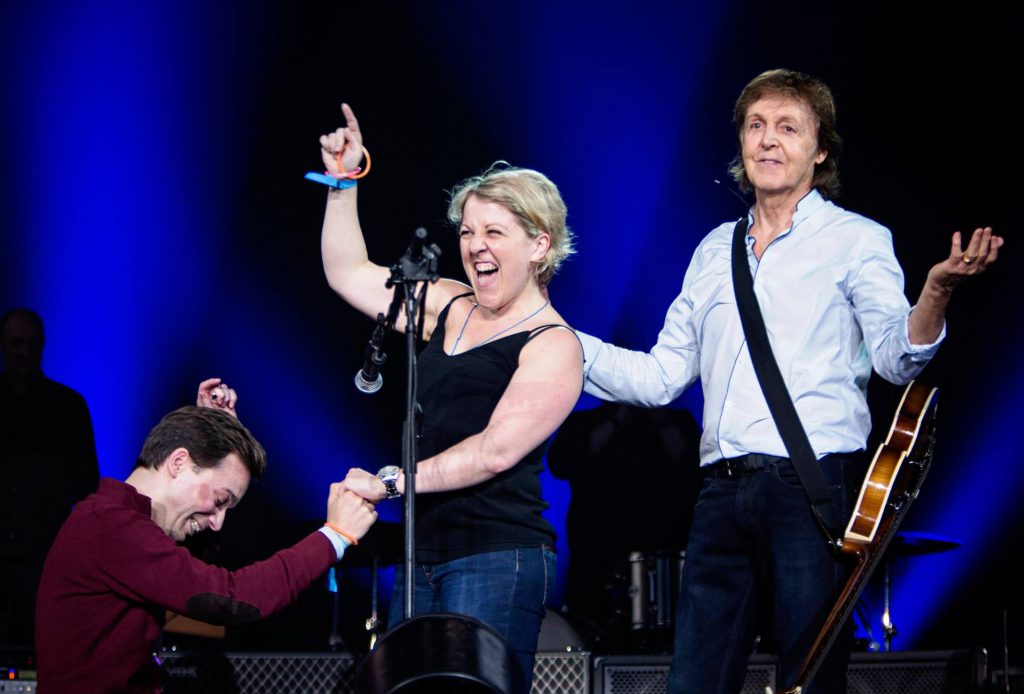 From Twitter: French proposal in Paris. Couple get engaged on stage #OneOnOne 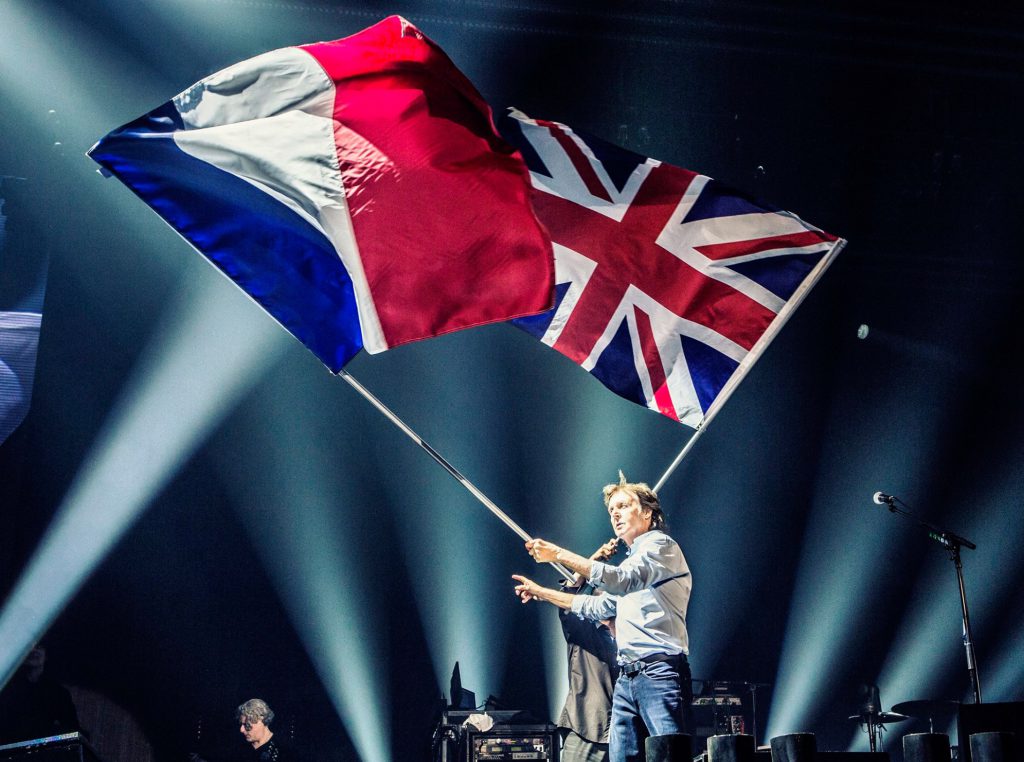 This was the 1st and only concert played at AccorHotels Arena.