How could Paul McCartney top perfection?

I’m not talking about the Beatles legend’s catalog — although if there’s any living songwriter who has achieved the mighty “p” word, it would be him.

I’m talking about his Miller Park concert in 2013.

If you were there, you know how lucky we had it. It was sweltering that night in the stadium, but McCartney was sublime; every vocal was impeccable, every note sung with deep affection. I’m not sure I’ve seen a better concert.

But watching the 74-year-old McCartney make his Summerfest debut at a sold-out Marcus Amphitheater Friday, I’ve got to tell you, I was amazed. No maybe about it.

Across a 38-song, two-hour-and-40-minute set, McCartney came close to matching the impossible thrill of his previous Milwaukee engagement — from his giddy little dances after “Band on the Run” and “Lady Madonna,” to his infectious guitar struts during “Let Me Roll It” and “The End.”

As at Miller, he was doused in sweat by night’s end and performed without taking a sip of water. And really, what better climax can you have at a concert than rock history’s greatest sing-along, “Hey Jude?”

Ok, so he recycled some bits from the Miller gig, including the same Jimi Hendrix yarn, and guitarist Rusty Anderson again feigned a heart attack in the middle of “Live and Let Die.” But the production team squeezed fireworks and flamethrowers into the amphitheater for the Wings staple — and who could poo poo all that pyro?

Unlike that Miller show, there were moments Friday when McCartney’s voice was noticeably strained, particularly during a rocky “We Can Work It Out” and “Maybe I’m Amazed.”

But the wear worked to his advantage on two occasions. He performed “Here Today” alone on acoustic guitar, in tribute to John Lennon, explaining that the lyrics represent what he wish he told Lennon before his tragic death. “I am holding back the tears no more,” McCartney sang with a wobbly warble Friday.

In that moment, through that imperfection, McCartney didn’t come across like an untouchable music legend. He was an older man still living with regrets, and after the song, you could see sadness in his eyes.

Similarly, the unsteadiness of McCartney’s voice infused “Yesterday” with greater gravitas. These weren’t just beautifully-penned words, beautifully sung. It was the wise and sorrowful testament of a man in his twilight years. I only wish McCartney had sung the song alone on acoustic guitar; the faux-strings work of keyboardist Paul Wickens nearly sabotaged the moment. […] 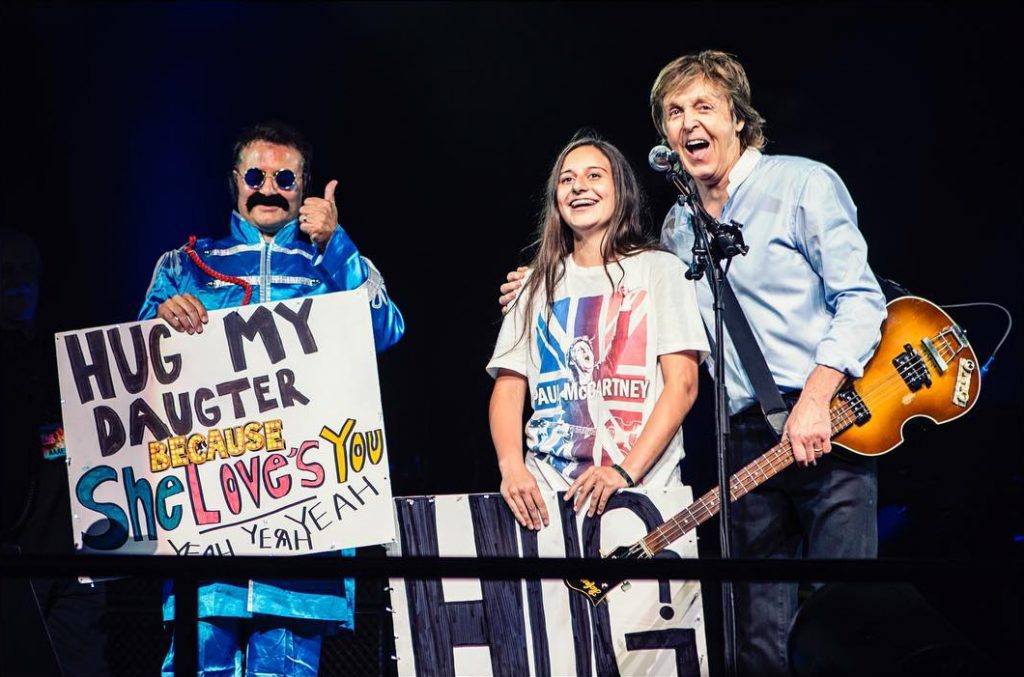 This was the 1st and only concert played at SummerFest.