From Consequence Of Sound:

[…] Judging from the album’s four appearances last night – specifically, “Save Us”, “New”, “Queenie Eye”, and “Everybody Out There” — disappointment eludes his fanbase. I’d say a healthy 65% of the United Center actually sang along to the harmonies for “Everybody Out There”, which also saw McCartney tweak the end on his own with a little acoustic strumming. Shortly after “Queenie Eye”, he admitted how he gauges the crowd’s reaction to new material, explaining: “When I do the old songs, all the phones come out.”

That wasn’t the only new material, though. Earlier on, he dedicated “My Valentine” to his wife Nancy, who was also in attendance. The single off 2012′s Kisses on the Bottom received a slight upgrade with accompanying visuals that featured Johnny Depp and Natalie Portman. (I could just hear Macca channeling his inner John Hammond: “Spare no expense.”) This was just one of many new visuals that pumped fresh blood into his stage show. At one point, the stage’s giant digital screens created a sprawling, moonlit prairie. 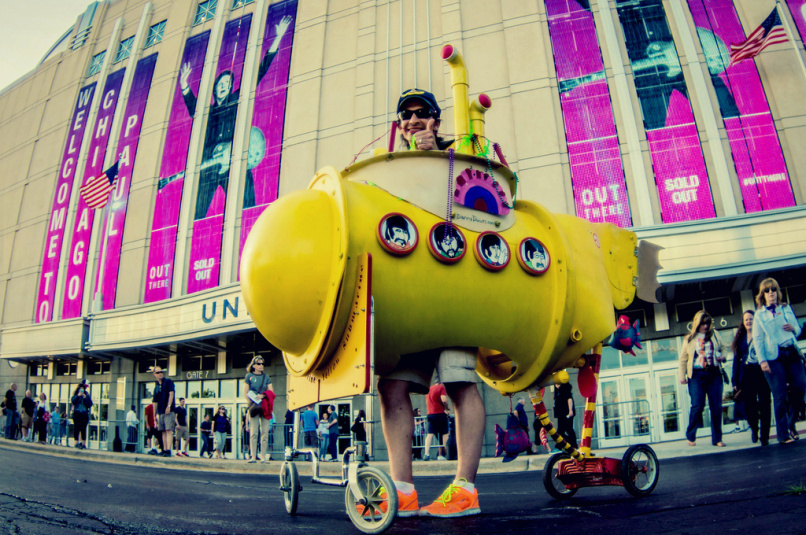 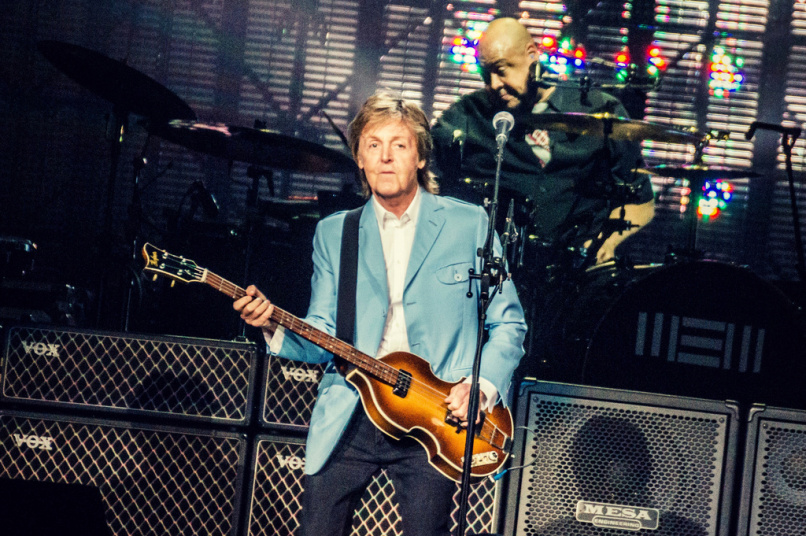 This was the 6th concert played at United Center.