[…] the most memorable thing about McCartney’s first show in Greensboro the day before Halloween was how hard the man still rocks at age 72. Playing 39 songs, 26 of them by the Beatles, he performed for nearly three hours, treating a sellout crowd to two extended encores.

McCartney moved between bass, guitar, piano and even ukulele as he led a four-man band through highlights from his years as co-leader of the most popular, enduring band in rock history, as well as terrific songs from his days with Wings and as a solo artist since the 1980s. […]

The Beatlesque songs from his most recent album, “New,” meshed well with the rest of the set, and the Wings songs were a real treat. The New Orleans-inspired “Listen to What the Man Said” came early in the show, followed by “Let Me Roll It” (with McCartney playing the song’s fierce signature riff on a Gibson Les Paul guitar), the urgent “Nineteen Hundred and Eighty-Five” (McCartney pounding a grand piano) and the epic “Band on the Run” (Macca back on his signature Hofner bass).

His band showed flash and personality while never stealing the spotlight, and remained true to the spirit of the original recordings without slavishly imitating them. Televised live performances in recent years have shown that McCartney’s once-magnificent voice has decayed to some degree, but a sympathetic sound mix in Greensboro and glorious harmonies from his mates masked virtually all flaws.[…] 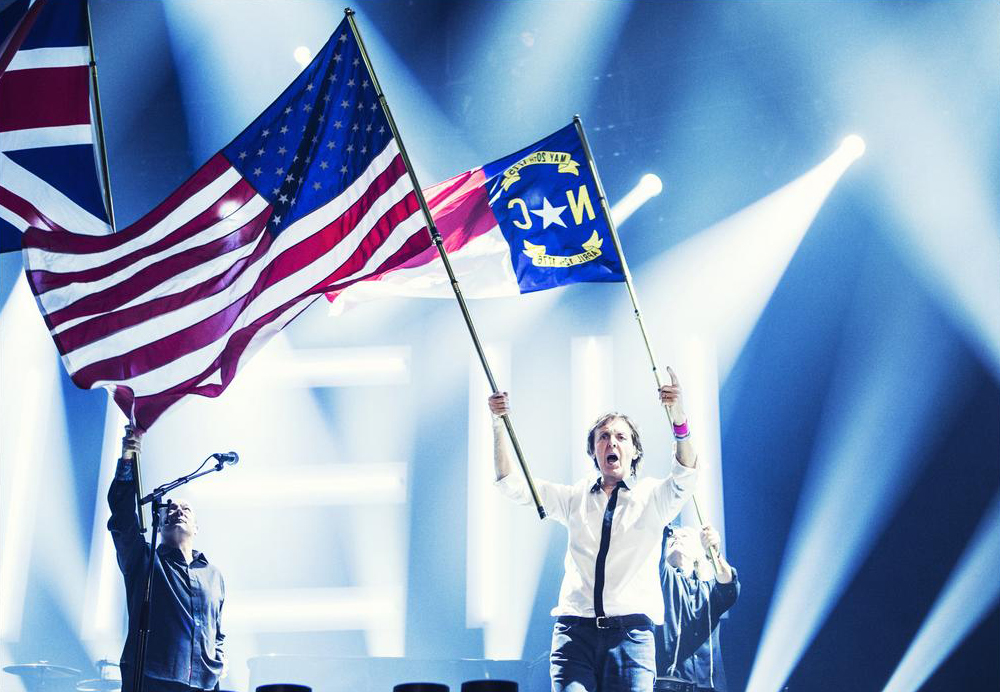 From Twitter: Greensboro! Hello Goodbye! Thanks for a warm welcome and an amazing last U.S. #outthere show for 2014!

This was the 1st and only concert played at Greensboro Coliseum.