With the possible exception of the cult favorite “Temporary Secretary” from his 1980 solo album McCartney II, the song least familiar to Paul McCartney’s ardent fans during his sold out 2 hour 45 minute show at the Wells Fargo Center on Sunday night was called “Hope For The Future.”

His baby boomer fans – on average a good three decades older than the youngsters who sang along at the Firefly Festival in Dover, Delaware two nights before – may not know it, but Sir Paul has been writing music for video games.

Specifically for Destiny, a sci-fi first-person shooter for which he composed elements of the score as well as penning “Hope,” a song that (naturally) rides a soaring melody to (of course) express a cheerful confidence about the shape of things to come.

That’s germane to who and how McCartney is at age 73 – he had a birthday last week, and celebrated by opening his Firefly set with the Beatles song of that name – not just because it shows his willingness to try new things and seek a young audience.

The latter of which, honestly, he doesn’t have to work too hard at. The timeless Lennon-McCartney songs that the millennials-in-the-mud at Firefly and the elementary schoolers brought along by their parents and grandparents at Wells Fargo knew by heart (“Lady Madonna,” “Back In The U.S.S.R.,” “Can’t Buy Me Love”) do the work for him.

But what “Hope“ really speaks to is the eternal McCartney optimism. A half century since he and his Liverpool bandmates remade pop culture with their boundless creative energy, McCartney is still not only the youthful, skinny, cute Beatle. He’s also the brightly upbeat “We Can Work It Out” one, the “there will be an answer” member of the Fab Four for whom Mother Mary shows up to speak to in his hour of darkness. […] 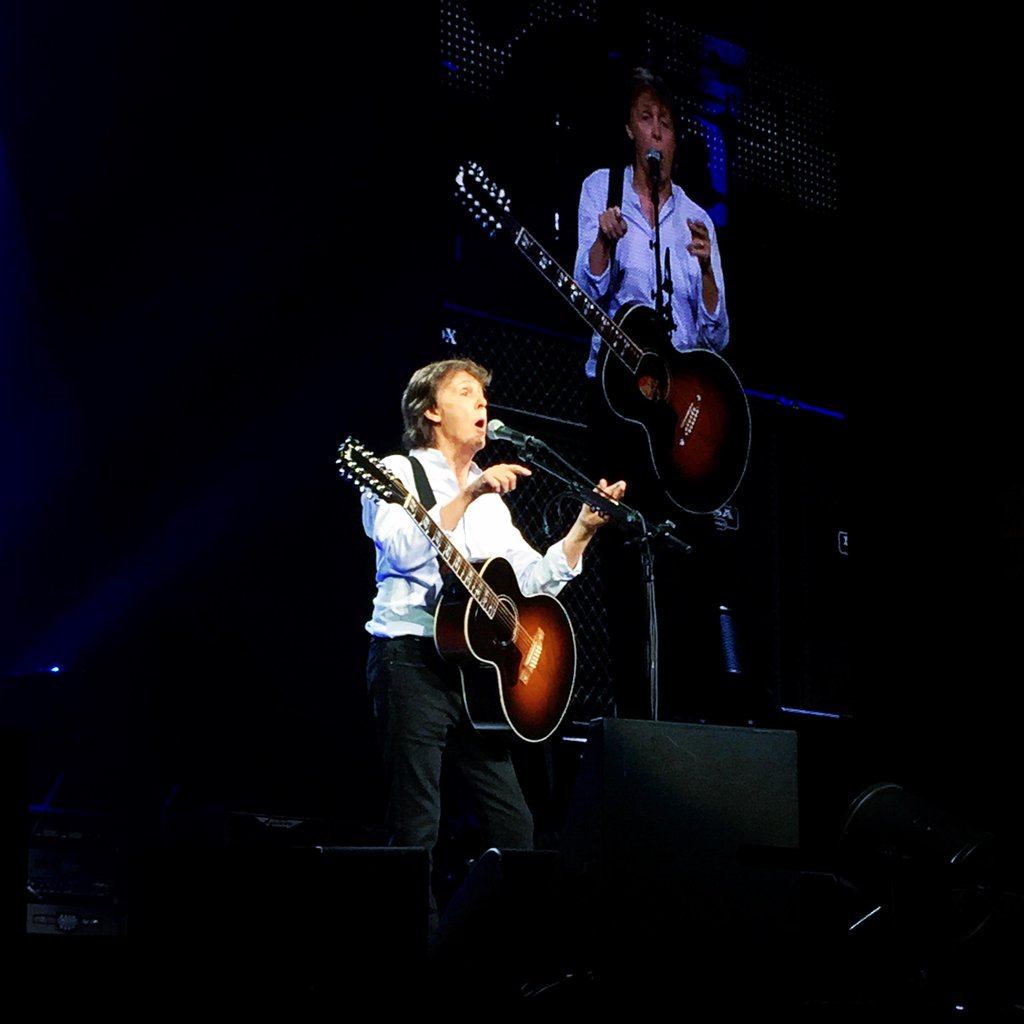 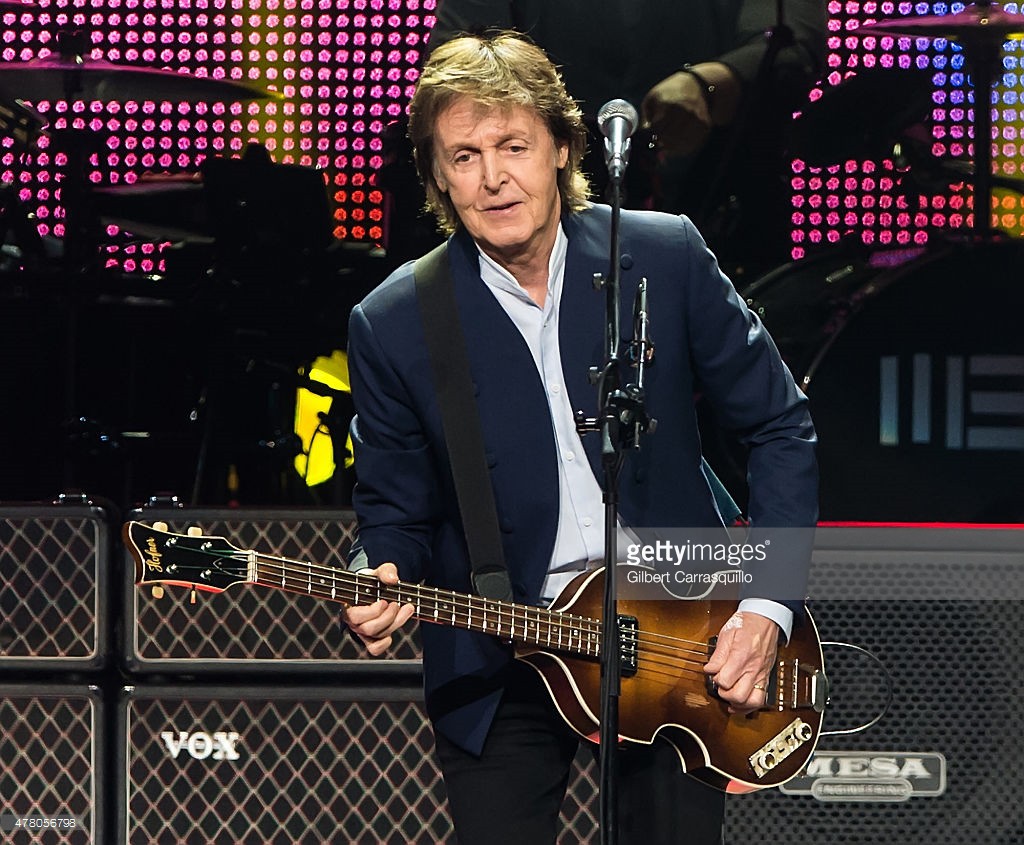 Singer-songwriter Sir Paul McCartney performs during U.S. ‘Out There’ tour at Wells Fargo Center on June 21, 2015 in Philadelphia, Pennsylvania.

This was the 1st and only concert played at Wells Fargo Center.