Timeline See what happened in 2015

Minutes before Paul McCartney walked onstage Tuesday night at John Paul Jones Arena in Charlottesville, images and footage of The Beatles and a few of their peers scrolled over the stage screens, with a selection of Beatles covers providing a soundtrack. As members of the audience reveled in a shared history with those figures, anticipation built with the thought that Paul was actually in the building.

With his road-tested band, McCartney offered up a set that went deep into decades of tunes that included some well-received curve balls. After opening with “Eight Days A Week,” an impressive run through “Save Us” might have prompted some to later return to their copies of his 2013 album “New.” And the electro-kick of “Temporary Secretary” from 1980’s “McCartney II” was a welcome, out-of-nowhere delight. […]

Much of the second half of the show was devoted to his Beatles work, with practically every song sparking the crowd anew. Alternating between somber (“Hey Jude,” “Let It Be”) and scorching (“Back in the U.S.S.R.” and a show-stopping “Live and Let Die” that included bursting flames and flashing lasers), McCartney surprised the crowd with “Another Girl” from 1965’s “Help!” album in an encore that also included setlist peaks with “Yesterday” and “Helter Skelter.”

While the Charlottesville crowd had likely heard most of these songs countless times, watching them performed by an ever-youthful McCartney was another experience altogether. 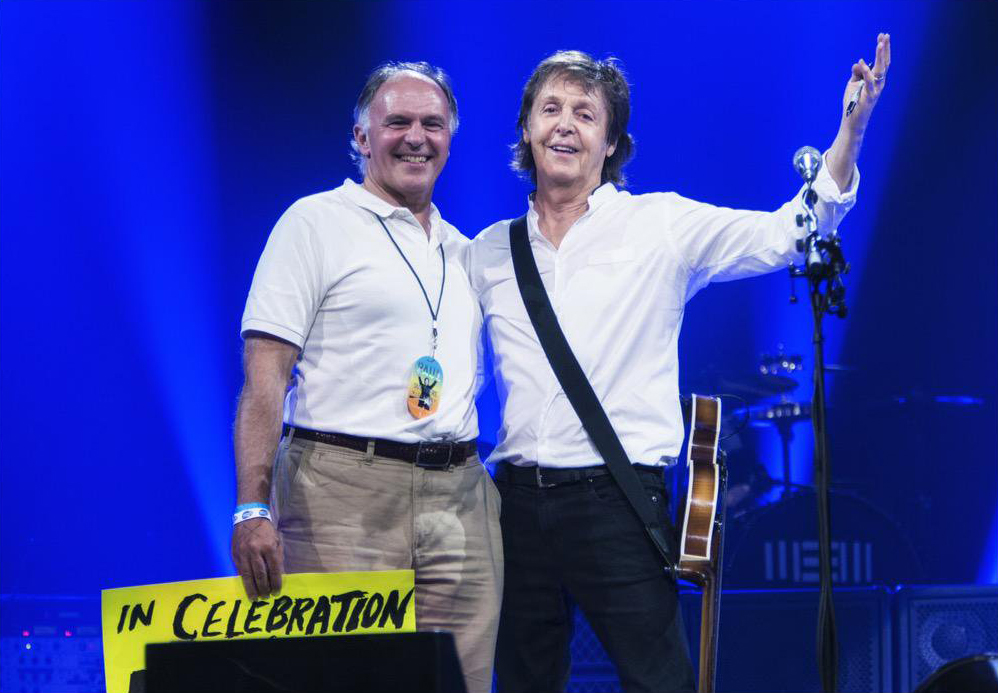 From Twitter: Thank you Charlottesville! And congratulations David on 100 shows! #OutThere

This was the 1st and only concert played at John Paul Jones Arena.