See all concerts in South Korea on the map

Speaking about the forthcoming show Paul said: “I’m really excited that we are going to South Korea to play our show. I was really looking forward to visiting last year and really touched by all the messages I received from my fans after we were forced to move the show. It’s going to be an incredible night and I look forward to rocking with you all very soon.” 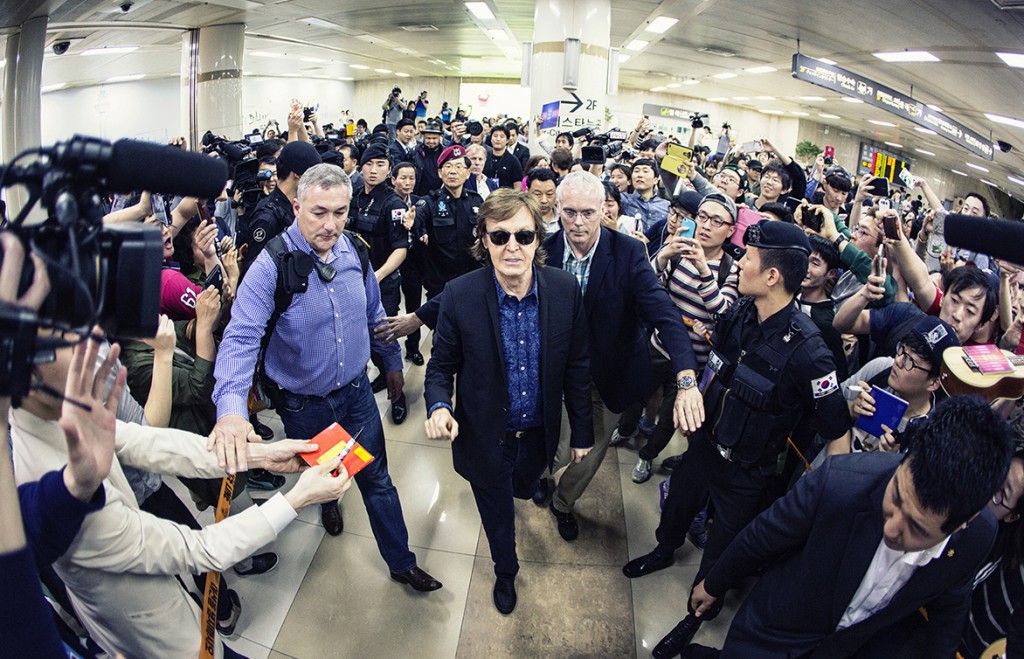 Arriving at Seoul for the first time, May – from paulmccartney.com

From Korea Herald, May 5th:

The concert, the former Beatles member’s first-ever in South Korea, took place at Seoul’s Jamsil Stadium, where 45,000 fans moved to his music in the rain.

The highlight came about two hours into the concert when the 72-year-old singer played the first chords of “Let It Be,” causing the entire audience to stand up from their seats.

The singer, apparently moved by the enthusiasm of his South Korean fans, shouted out, “Korea, you are cool!”

Fantastic climax to the Asian leg. Korean fans gave us the best welcome ever. We love them! #OutThere pic.twitter.com/IhSbWRvVhm

This was the 1st and only concert played at South Korea Olympic Stadium.

Album Available on 2015 Out There Collected Soundchecks