See all concerts in Netherlands on the map

Pop legend Paul McCartney was presented with a tulip grown in his honour before playing a gig on the weekend (6/7 June).

The red flower with distinctive white border, intended to bear a resemblance to the colours of McCartney’s native Liverpool’s most famous football team, carries the botanical name of Tulipa ‘Paul McCartney’.

The tulip was given to McCartney – now operating as a solo musician after his time with The Beatles and Wings – by growers association Remarkable Tulips for his “enormous contribution to music history“.

The breeding process of the new tulip by Remarkable Tulips, from the Dutch municipality of Lisse, lasted nearly 20 years.

Bulb grower Jack Uittenbogaard, a member of Remarkable Tulips, said: “It is personally a long-held wish to honour my musical hero with a Dutch tulip. Perhaps we plant in the garden of Paul McCartney his tulip this autumn.” […] 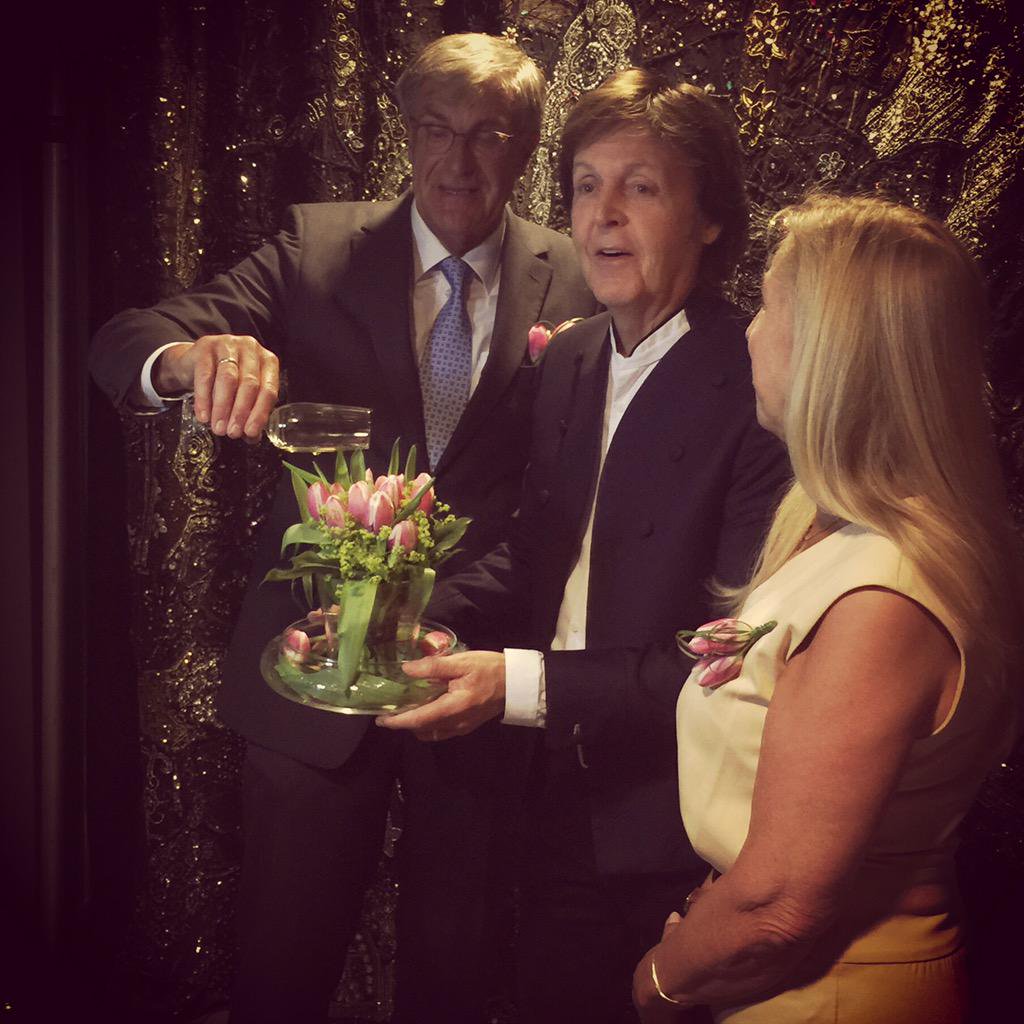 From Twitter: Christening my very own Paul McCartney tulip backstage at the Ziggo Dome in Amsterdam #OutThere

This was the 1st concert played at ZiggoDome.